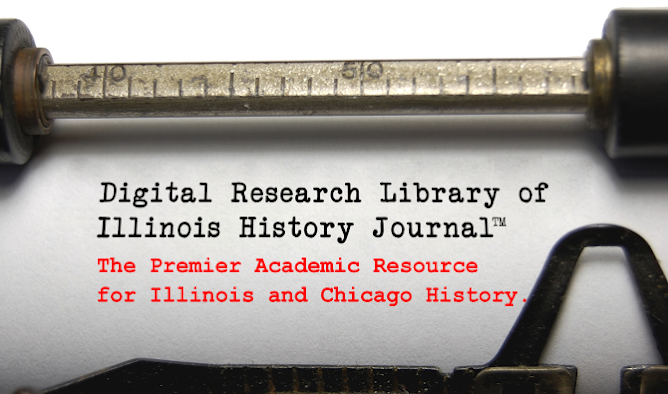 Archival Indexed
Names are sorted ALPHABETICALLY by FIRST NAME.
Use the SEARCH ENGINE on the left menu.
SCROLL  DOWN TO  VIEW  SECTIONS
About My Blog Design
I grew up one block from the Northtown Branch of the Chicago Public Library, which was in the West Rogers Park neighborhood. I spent a lot of time at the Library for school and enjoyment. I spent untold hours at the Chicago Historical Society's private/pay Library (my expensive membership was paid for by the Society) and the Main Chicago Library downtown.
As I began my Journal design process, I thought about what happens when you enter the library. You'd locate the "Card Catalog," find the Dewy Decimal Number for books you're looking for and write down the number because you won't remember it. When I got to the right aisle, I'd look at the Dewy numbers as I walked slowly. I also read a lot of book titles along the way, even pulling a book or two to take a closer look. I'd venture to say that I checked out more books I found "along the way" than I did purposely. Looking back, I'm glad I read so much—it laid a solid foundation for who I am today.
My concept for the Journal incorporates an "Organized Freestyle Browsing" method. As you scroll, you can't help but read some titles. Each link opens in a new browser window, so they are ready to read when you are. There are many ways you can share the articles from the Journal. Scroll to the bottom of the article. Click the icon in the yellow section to share.
IF YOU ENJOY THIS JOURNAL, EMAIL OR SHARE OUR ARTICLES.
PLEASE, PAY HISTORY FORWARD.
▼ EXAMPLE ▼

1. Ancient & Prehistoric Illinois
This section follows the land that makes up modern Illinois, beginning from the Mesozoic era (250 to 65 million years ago - the Age of Dinosaurs).
Over the course of the planet's 4-billion-year history, eight supercontinents have formed and broken up due to the churning and circulation in the Earth's mantle. Beginning about 4 billion years ago was the first supercontinent "Superior Craton," next came "Vaalbara," "Ur," "Kenorland," "Columbia (aka Nuna)," "Rodinia," "Pannotia (aka Vendian)," and most recently, "Pangaea."
During the Paleozoic Era, from the beginning of the Cambrian Period about 540 million years ago to the end of the Mississippian Subperiod, the first major subdivision of the Carboniferous period, about 323 million years ago, Illinois was located south of the equator, and parts were submerged beneath a tropical sea (saltwater).
Please leave a comment on the articles you read at the bottom of every article. Everybody benefits.
ANCIENT & PREHISTORIC ARTICLES
Ancient and Frontier Fortifications in Illinois.
Ancient Chicago Indian Mounds.
Ancient Illinois History Beginning on the Supercontinent of Pangaea.
Ancient Illinois Indian Mounds - A Technical Examination.
Ancient Lake Chicago becomes Lake Michigan as glacier retreats over 14,000 years ago.
Archaeologists in East St. Louis, Illinois, dig to find an ancient civilization that vanished.
Cahokia's 'Beaded Burial' Mound 72, Female Skeletons Identified as Nobles.
Cahokia's Ceremonial Road Discovered in the Ancient City.
Cahokia, Did Megafloods Spell the End of the Ancient City?
Cahokia's History of Five Woodhenges.
Cahokia's Monks Mound was built in decades, not 250 years as previously thought.
Cahokia Mounds and the Indian Village of Cahokia.
Cahokia Mounds, the Monk and the Earthquake in the Illinois Territory, 1811-1812.
Cahokia, What Caused the Fire that Destroyed this Ancient City?
Dinosaurs and Prehistoric Animals of Illinois.
Discovery of Indian Effigy Mound in Lake View Community, Chicago, Maybe before 1000 AD
Fossils of 310 million-year-old "H" & "Y" Animals discovered at Mazon Creek, Braidwood, IL.
How Glacial Melt & Earthquakes Realigned Ancient Rivers and Changed Illinois Borders.
Illinois' Driftless Region Explained.
Illinois' Greatest Fossil Mystery... solved!
Illiniwek (Illinois tribe) Grand Village History (aka La Vantum; Old Kaskaskia Village)
Illiniwek (Illinois tribe) History in the Illinois Country.
Illiniwek (Illinois tribe) Indians bid for power in the late 1600s based on bison and slavery.
Illiniwek (Illinois tribe) was Massacred at the Grand Village by the Iroquois and its Aftermath.

Illiniwek (Illinois tribe) Tribal History from the Illinois Country through the Mid-1830s.
Illiniwek (Illinois tribe) women and their place in Indian society.
Indian Trails - Green Bay Trail, aka "Old Jambeau Trail," Chicago to Green Bay, Wisconsin.
Indian Trails - The Vincennes Trace.
Indian Village Found 1993 Buried Under the Sanctuary Golf Course in New Lenox, Illinois.
Is a Native American tribe one of the Lost Tribes of Israel? Exploring the possibility.
Legend of the Piasa "Bird" is carved and painted on a bluff in today's Alton, Illinois.
Looters of Prehistoric Archeological Sites a Big Problem in Illinois and Mississippi Valley.
Out Of Place ARTifacts (OOPArt) found in Illinois.
Paleo-Indian Migration to North America & Ready/Lincoln Hills Site, Jersey County, Illinois
Paleo-Indians of the Albany Mounds, the Hopewell Tribe, in Albany, Illinois.
Piney Creek Ravine, near Chester, has the largest collection of prehistoric rock art in Illinois.
Prehistoric Shark Nursery Fossils Found in Illinois.
Sinnissippi Mounds on the Rock River in Sterling, Illinois.
Study of Pre-Historic Man in Whiteside County, Illinois, from the 1870s.

2. Illinois Forts & Blockhouses
Several forts were built by Paleo-Indians (10,000 to 8000 BC) in today's southern Illinois. These stone forts were built to defend against other tribes or wild animals. They are all located within a 40-mile radius of each other. Evidently built by the same people for the same purposes. These prehistoric stone structures are the only ones of their particular construction in North America.
The forts of the 17th Century were simple fortified log cabins. The next step up in protecting the structures was "Blockhouses." A Blockhouse fort was generally a defense against Indian attacks. The lowest order of this fort class was a single house, built strong and a story-and-a-half or two stories high. The ground level was built with embrasures (holes) to shoot through and fitted with strong puncheon doors, three or four inches thick, with strong bars to prevent entry. The second story projected over the first floor by three to four feet. Outside of the first floor's footprint was used to shoot down, eliminating fire-starters and hiding places.
There were four distinct types of forts:
Fortifications were first built by Paleo-Indians in North America around 10,000 BC to 8,000 BC and have been improved upon until the modern era.
[PI] Paleo-Indians  [IN] Indian  [FR] French  [BR] British  [US] American  [CT] US Citizen

3. The Illinois Frontier & Indian History
Unlike the original 13 British colonies, the first Europeans to arrive in what would become Illinois were the French, who established trading posts and villages along the Mississippi and Illinois Rivers beginning in the late 1600s to extend their older settlements in Canada. At its peak in 1752, the French population reached 1,380, and about 40% were enslaved Africans.
As a general rule, the French and Indians coexisted far more peacefully than the British and Indians, bound together in the fur trade. As a result, a borderland developed between the French and Indians.
France and Britain were bitter rivals in the eighteenth century, leaving many Illinois French fearful of British rule. Spain and France had more amicable relations, leading many to migrate across the Mississippi. At times the British attempted to force the French out of Illinois. Still, colonial bureaucratic disagreements, British debt from the Seven Years' War, and French stubbornness made this goal insurmountable. Ultimately, like the Spanish, the British only sent official dignitaries to various settlements.
In 1778, violent Anglo-Americans along the Ohio River reached Illinois in George Rogers Clark’s famous Illinois Campaign, where the Virginia militia officer captured British military installations in Illinois during the American Revolution.
If you, like me, love this time period in Illinois' history, you'll truly enjoy this section of my Journal. Please leave a comment on the articles you read at the end.
THE ILLINOIS FRONTIER & INDIAN HISTORY ARTICLES
1711 A French Settlement is the beginning of today's Peoria, Illinois.
1813 “Peoria War” was a big part of the elimination of Indians in Illinois.
1814 Wood River, Illinois Massacre.
1816 Treaty of St. Louis and the 1821 and 1833 Treaties of Chicago.
Anna Pierce Hobbs Bixby (1812–1873), was a frontier doctor and scientist in southern Illinois.
Billy Caldwell; The Life & Times of Billy Caldwell, whose history was mostly fabricated.
Black Hawk, as dictated by himself, "Life of Black Hawk."
Black Hawk War and Illinois’ Role (April to August of 1832).
Bloody Autumn at Nauvoo (Mormon Town), Illinois in 1845.
Buried Under Budlong Farm, the World's Largest Pickle Farm in Bowmanville (Chicago), IL.
Bushnell, a highly detailed look at a small settlement founded in west-central Illinois in 1854.
Camp River Dubois and Lewis & Clark State Historic Site, Hartford, Illinois.
Cave-In-Rock checkered past. The cave is on the Ohio River in Hardin County, Illinois.
Cemetery History of Early Chicago.
Charles Jouett, the First U.S. Indian Agent Residing at Chicago.
Chicago: The Origin and Meaning of the Name (Chicagoua).
Chicago as a Hunting Post.
Chicago River Calamity Destroyed all the Bridges over the Chicago River in 1849.
Chicago Area Indian Villages were a mixture of tribes.
Chicago's First Resident, Antoine Ouilmette, July 1790-1826.
Christiana and John Tillson, Illinois Pioneers.
Did a French "Fort Chécagou" (Chicagoua) really exist at the mouth of the Chicago River?
Early Illinois, pub:1881
Exploring Seventeenth Century "Pais des Illinois," the Illinois Country.
Father Pére Jacques Marquette's Death, his Last Two Years. (1673-1675)
Fence Laws of Frontier Illinois.
First Frenchman in Southern Illinois turns out to be a Poacher.
Fort Dearborn Massacre of 1812; a brutal historical account & in-depth analysis. [PG-13]
"Free Frank" McWorter paid for his freedom from slavery and bought his family's freedom.
Free Negroes in Illinois Prior to the Civil War, 1818-1860
French Chicago during the Eighteenth Century.
French Life in the Illinois Country, from Canada to Louisiana, in the 1700s.
Funks Grove Pure Maple Sirup Farm History in Funks Grove, Illinois.
Galena Illinois' Old Stockade was used during the Black Hawk War in 1832.
Gurdon Hubbard arrived in Chicago before the Town of Chicago was incorporated in 1833.
Henri de Tonti and his Connection with what would become Illinois. (1650-1704)
Hinsdale (Brush Hill, Fullersburg), Illinois, History; Village on the County Line. pub:1949
History of Prairie du Rocher, Illinois. Originally a French Settlement/Fort.
History of the Illinois Country from 1673-1782.
History of the Meskwaki (Fox) Indian Tribe; Searching for Fort du Renards (Fort Fox).
How the City of Newton and Jasper County, Illinois, got their names.
Illiniwek (Illinois tribe) Grand Village History (aka La Vantum; Old Kaskaskia Village)
Illiniwek (Illinois tribe) History in the Illinois Country.
Illiniwek (Illinois tribe) Indians bid for power in the late 1600s based on bison and slavery.
Illiniwek (Illinois tribe) Massacred at the Grand Village by the Iroquois and its Aftermath.