NOTE: I present articles without regard to race, color, political party, religion, national origin, citizenship status, gender, age, disability, or military status. What I present are facts — Not Alternative Facts — about the subject. What you won't find are rumors, lies, unfounded claims, character assassinations, hateful statements, insults, or attempts at humor.


The Cicero, Illinois, race riot of 1951 occurred July 11th & 12th of 1951, when a mob of about 4,000 whites attacked an apartment building that rented an apartment to a single black family.

In early June of 1951, Mrs. Camille DeRose, who owned an apartment building at 6139–43 West 19th Street in Cicero, Illinois, got into a controversy with her tenants and was ordered to refund a portion of the rent. Afterward, out of anger and/or profit, she rented an apartment to Harvey E. Clark Jr., a Black World War II veteran and graduate of Fisk University, and his family in the all-white neighborhood.
A high Cicero official learned that a Black family was moving into a Cicero apartment and warned Mrs. DeRose that there would be "trouble" if he moved in.

At 2:30 pm, on June 8th, a moving van containing $2,000 worth of Clark's furniture was stopped by the police. The rental agent was ushered out with a drawn revolver at his back. A jeering crowd gathered, and Clark was told by the police to get out, or he would be arrested "for protective custody." A detective warned Clark, "I'll bust your damned head if you don't move." At 6:00 pm, Clark was grabbed by 20 police officers. The chief of police told him, "Get out of here fast. There will be no moving into this building." Clark was hit eight times as he was pushed toward a car parked across the street and shoved inside the car. The police told him, "Get out of Cicero and don't come back in town or you'll get a bullet through you."

A suit was filed by the NAACP against the Cicero Police Department on June 26th, and the Clark family moved in.

With the Clarks now living in the apartment, the word was passed along that there would be "fun" at the apartment. Twenty-one family members fled before the rioting. On July 11, 1951, at dusk, a crowd of 4,000 whites attacked the apartment building that housed Clark's family and possessions. Only 60 police officers were assigned to the scene and did little to control the rioting. Women carried stones from a nearby rock pile to bombard Clark's windows. Another tossed firebrands (a piece of burning wood) into windows and onto the rooftop of the building. The mob also destroyed a bathtub, woodwork, plaster, doors, windows, and set fires to the place. Most of the whites who joined in the rioting were teenagers. 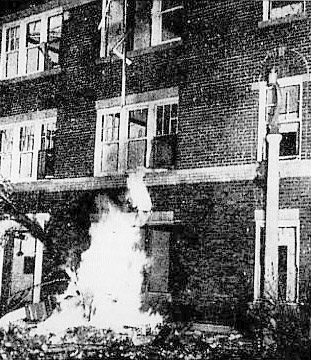 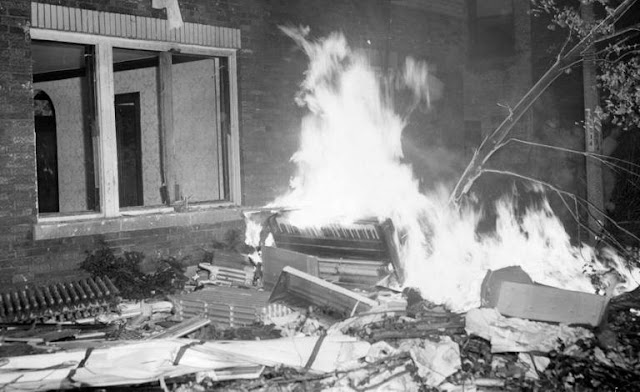 Firemen who rushed to the building were met with showers of bricks and stones from the mob. Sheriff's deputies asked the firemen to turn their hoses on the rioters, who refused to do so without their lieutenant, who was unavailable.

The situation appeared to be out of control, and County Sheriff John E. Babbs asked Illinois Governor Adlai Stevenson to send in the Illinois National Guard. As troops arrived at the scene, the rioters fought with them. Armed with bayonets, rifle butts, and tear gas, the troops ended the riot by setting a 300-yard perimeter around the apartment block where the rioting was in progress. 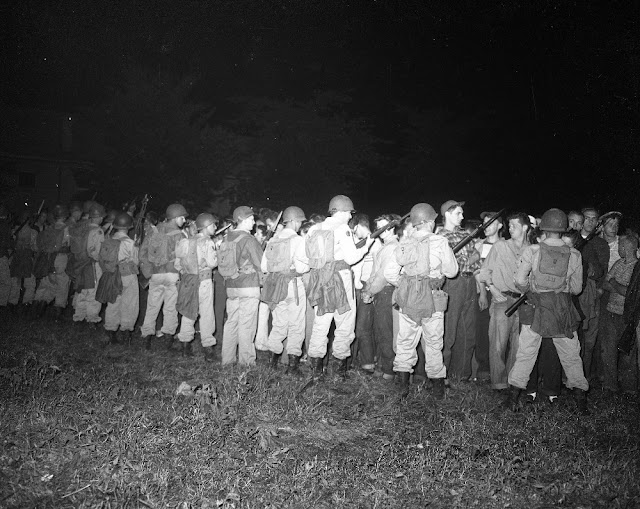 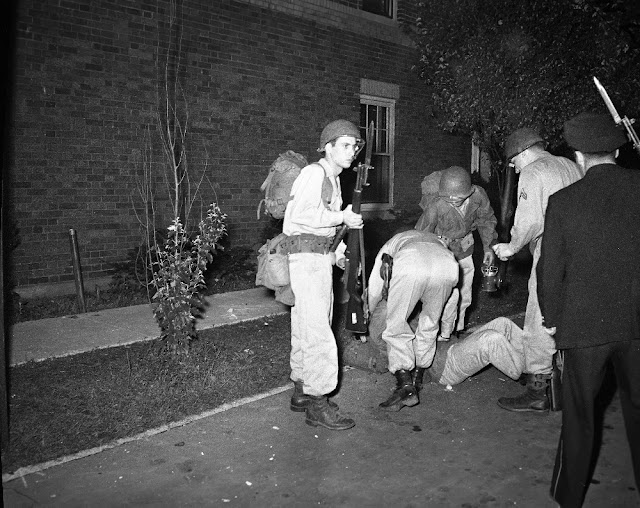 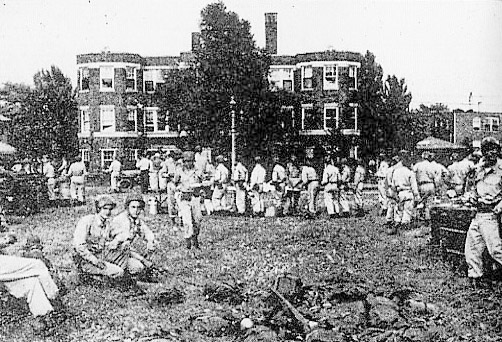 By July 14th, most of the violence had ended. When the riot was over, $20,000 in damage had been done to the building.

The Cook County grand jury failed to indict any of the accused rioters, instead indicting Clark's attorney from the NAACP, the owner of the apartment building, and the owner's rental agent and lawyer on charges of inciting a riot and conspiracy to damage property. The charges were dropped after widespread criticism.

A federal grand jury then indicted four Cicero officials and three police officers on charges of violating Clark's rights in connection with the race riots after the United States Attorney General launched an investigation of the incident. Charges were dropped against the fire chief, whose firefighters refused to direct their water hoses at the rioters when requested by the police and the town's president. The police chief and two police officers were fined a total of $2,500 for violating Clark's civil rights. Two of the 120 mobsters arrested were convicted and fined $10 each. The federal prosecution was hailed as a courageous achievement since it was rare that civil rights in housing had stirred action by federal officials.

The Cicero Race Riot of 1951 lasted several nights, involved 2,000 to 5,000 white rioters, and received worldwide condemnation. It was the first race riot to be broadcast on local television. Most viewed the rioting in Cicero from the comfort of their living rooms on television sets before they read it in the papers. The press in 1940s Chicago housing attacks was largely ignored, but when the eruption occurred in Cicero in 1951, it brought worldwide condemnation for the first time and a dramatic climax to an era of large-scale residential change.
The black population continued to increase in Chicago despite the incident, and the Chicago Housing Authority reported a decrease in the number of black families requesting police protection. Although the housing assaults did not end, they became less frequent than in the immediate aftermath of World War II. 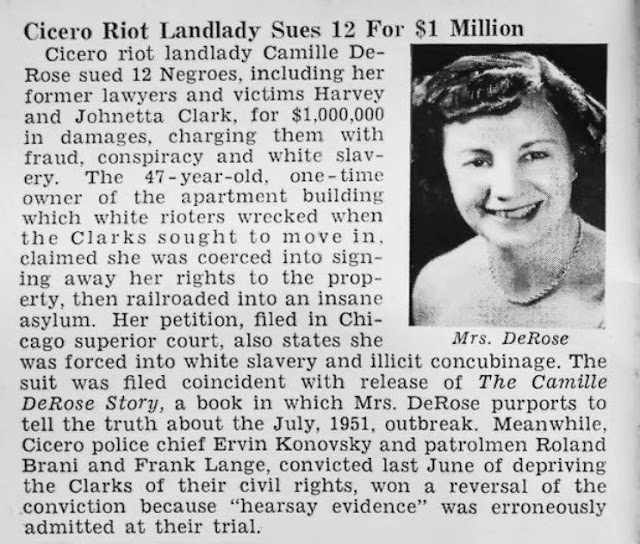