"Although reformers have raised a storm of protest over nude dancers in the Streets of Paris, the Oriental Village, and Old Mexico at the Chicago World's Fair, the dances have not yet been stopped. One of the girls, Sally Rand, is shown in her "Fan Dance," in which the feathers are her only covering, and do not cover her at times." Chicago, IL - July 22, 1933.
She's considered an American icon in the world of entertainment although most contemporaries have no idea who she is until her legendary risqué "fan dance" is brought up. Then they put two and two together. Burlesque star Sally Rand was born in the Ozark Mountain town of Elkton, Missouri on Easter Sunday in 1904, her father a corporal in the Spanish-American War, and her mother a Pennsylvania Dutch Quaker. 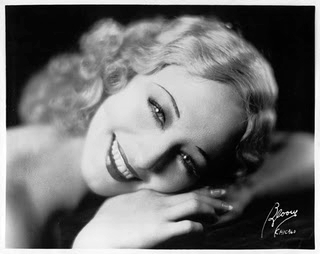 Inspired by the legendary ballerina Anna Pavlova, Sally became interested in dance at a young age and left home to join a carnival as a teen. She invariably became a cigarette girl, chorine, café dancer, artist's model, and circus performer (Ringling) through a series of introductions. She subsequently joined a repertory theater company and took acting seriously for the first time.

During the 20s she appeared in a number of stage shows. Films came her way as she was able to score work (due to her agile background in the circus) from Mack Sennett and Hal Roach in a few of their daredevil slapstick shorts.

A Wampas (Western Association of Motion Picture Advertisers) Baby Star of 1927, she joined mentor Cecil B. DeMille's stock company and entered feature films with a new name that DeMille gave her - "Sally Rand." 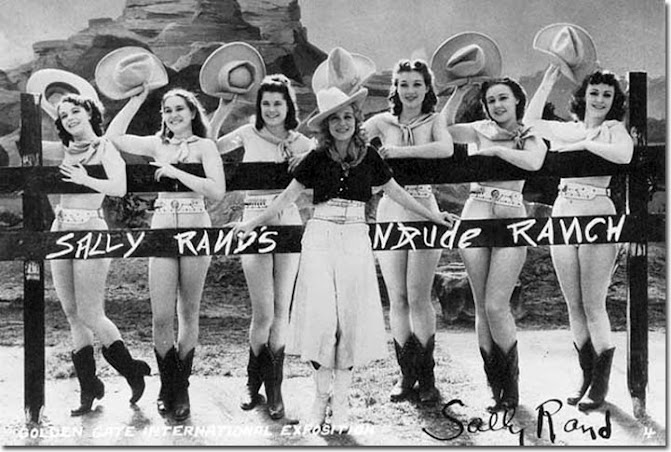 She decorated a number of silents, including westerns with Hoot Gibson and others, but a pronounced lisp hurt her career comes the advent of sound. It was at this juncture that the shapely dame decided to work on incorporating her talent for dancing back into her career. With the right mixture of enticement, imagination, and intricate feathery placement, Sally Rand came upon her secret formula to success.

As an exotic burlesque performer, she not only winningly ignited male libidos but found a steady gig for the rest of her days. A long-standing job at the Paramount Club in 1932 is where the idea of her "fan dance" was created.

Initially coming to Chicago in a show called "Sweethearts on Parade," in 1932, Sally soon accepted a position at the Paramount Club, in response to an advertisement for "exotic acts and dancers."

It was at the Paramount Club that she first performed the "fan dance," using two large ostrich feather fans purchased at a second-hand shop.

Following a "Lady Godiva" inspired stunt at the gates of the 1933 Century of Progress World's Fair, Sally became a featured performer in the "Streets of Paris" concession and catapulted into stardom on May 30, 1933, with her performance of the now legendary "Fan Dance."
VIDEO
1933 Chicago World's Fair.
Sally Rand's Fan Dance Video
Nearly every account of Sally Rand's career includes the declaration that she "danced nude at the 1933 World's Fair."  Well, maybe.  As often as not Sally Rand's "nudity" was actually a body stocking or, perhaps, a coat of white theatrical cream.  Whatever the reality, the illusion was sensational.  As Sally manipulated two pink seven-foot ostrich fans to conceal and reveal much, but not all, only the eagle-eyed could successfully claim to have seen anything.

As you might imagine, the act was an unqualified sensation. At 29 years old, the diminutive (5' 1") damsel with the knockout figure (35-22-35) began packing them in by the thousands.  And it wasn't long before the shouts hit the fans.  Pillars of the community were outraged, public officials were consulted, and officers of the law were dispatched. Miss Rand found herself in court, answering to charges that certain performances at the Century of Progress Exposition were "lewd, lascivious, and degrading to public morals." To his credit, the judge was a man of sober perspective:


"There is no harm and certainly no injury to public morals when the human body is exposed, some people probably would want to put pants on a horse. When I go to the fair, I go to see the exhibits and perhaps to enjoy a little beer. As far as I'm concerned, all these charges are just a lot of old stuff to me. Case dismissed for want of equity." -- Superior Judge Joseph B. David, July 19, 1933

Some 22½ million paid visitors celebrated the Century of Progress in Chicago, ensuring that the name "Sally Rand" would be remembered for generations to come.

When the Chicago fair reopened in 1934, Sally perceived the need for something new: "I had to find a new twist." She decided on a bubble dance: "I wanted a balloon sixty inches in diameter, which is my height, made of a translucent or transparent material." The only trouble was that the biggest balloons available were a mere 30" in diameter. They were heavy red target balloons used by the War Department. Since no one knew how to make the required equipment, Sally fronted the funds for necessary experimentation herself. After numerous tests, the super-dooper, see-through bubble was born.
VIDEO
1934 Chicago World's Fair.
Sally Rand's Bubble Dance
In the 1930s she also appeared in legit plays including a stint as Sadie Thompson in "Rain" in 1935 opposite Humphrey Bogart. She would appear in later years at various revues, expositions and fairs still teasing and playing "hide and peek" with the guys, her act seldom straying from its original concept. 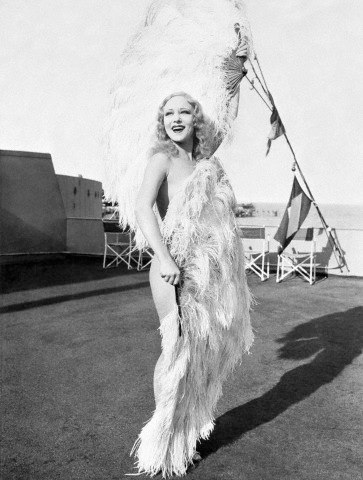 She was arrested a few more times than she was married (at least three husbands can be credited to her marriage account). She continued to appear on stage doing her fan dance past age 60 and once replaced an ailing burlesque star Ann Corio in the stage show "This Was Burlesque" in the 1960s. She also shared the stage with burlesque topliners Tempest Storm and Blaze Starr.

Sally's final appearance took place in Kansas City in 1978 and she died the following year. 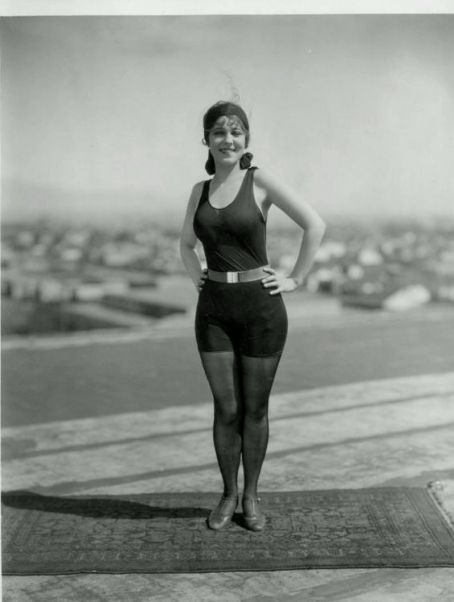 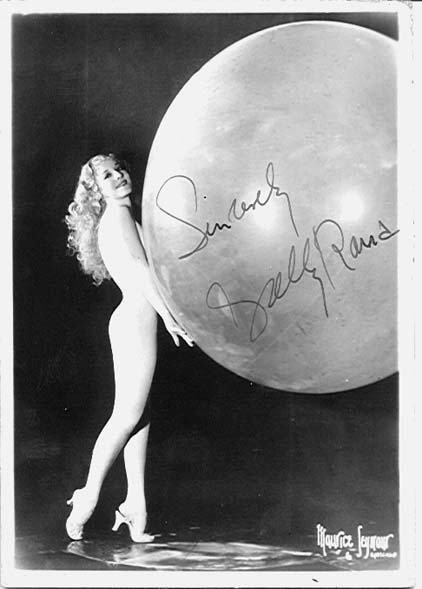 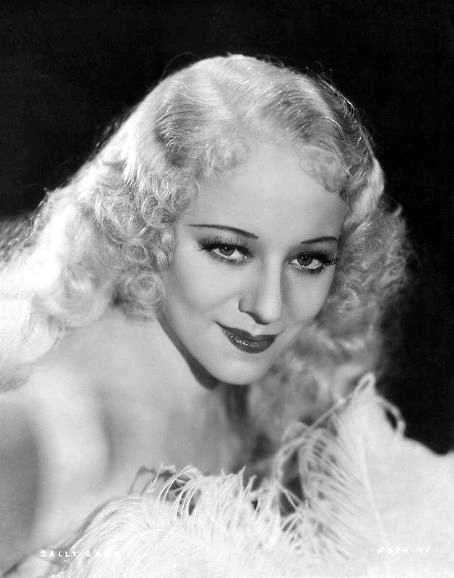 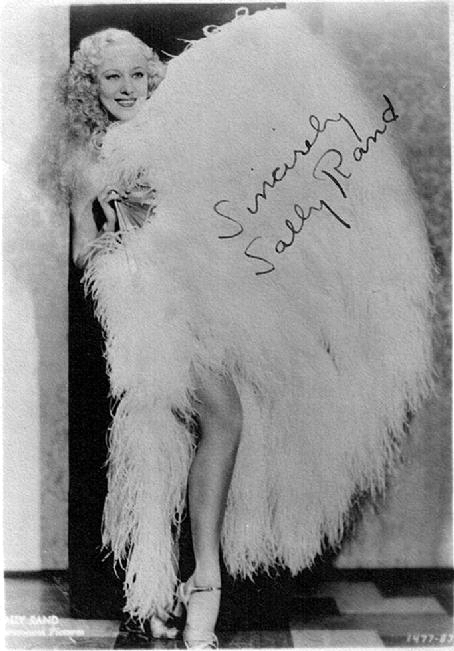 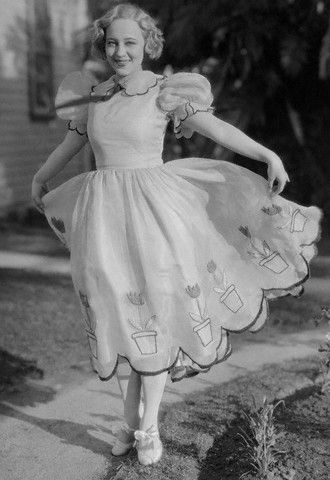 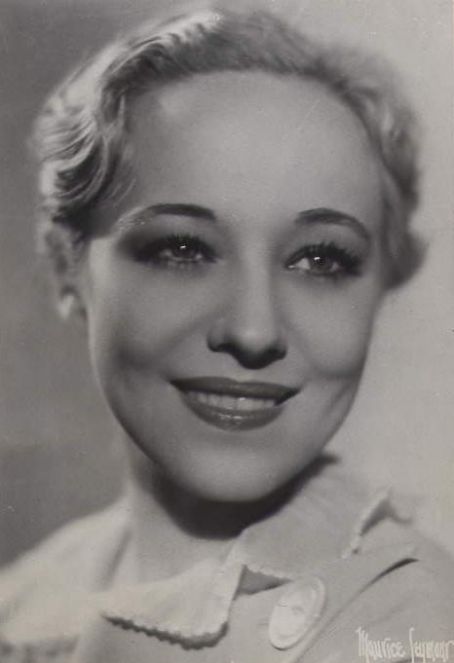 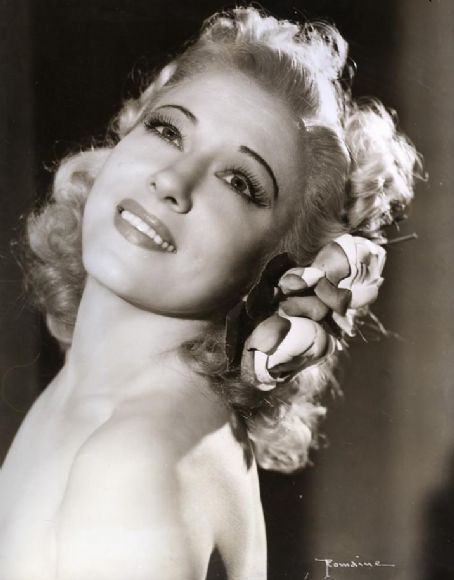 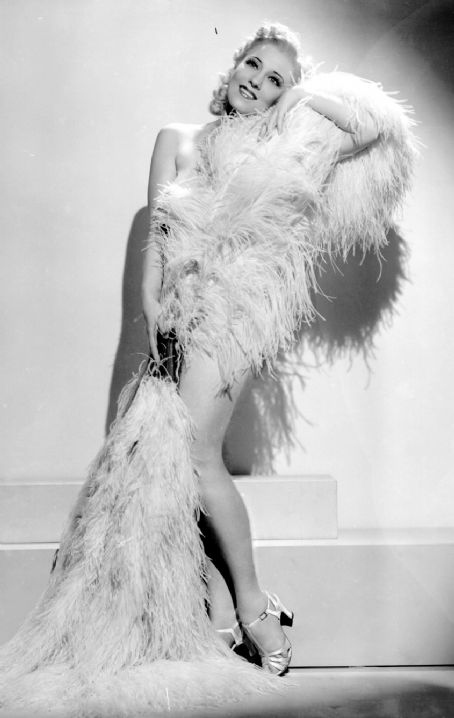 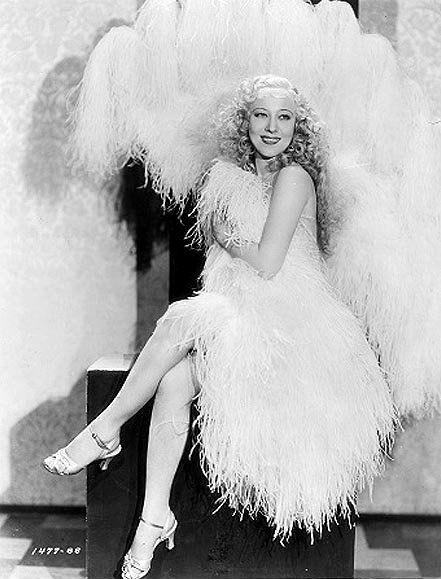 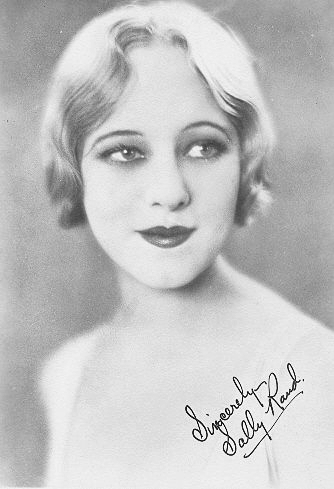 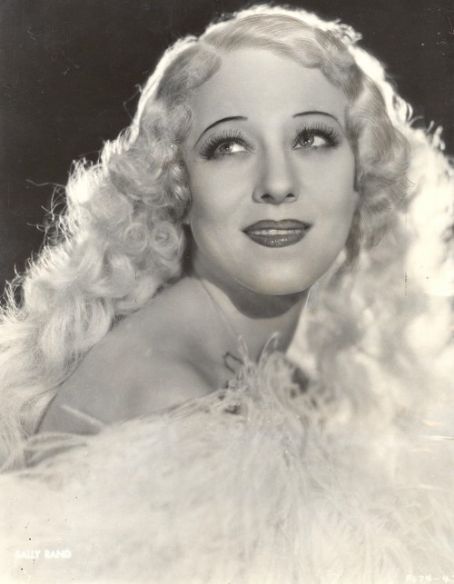