Francis Dewes, a Chicago brewer and millionaire, had the most elaborate home in the Lincoln Park neighborhood built. Architects Adolph Cudell and Arthur Hercz designed the Dewes mansion. It was completed in 1896. Hercz was originally from Hungary, and Cudell was no stranger to building grand residences for Chicago's wealthy elite. In 1879 Cudell also designed the Rush Street mansion of prominent businessman Cyrus Hall McCormick. 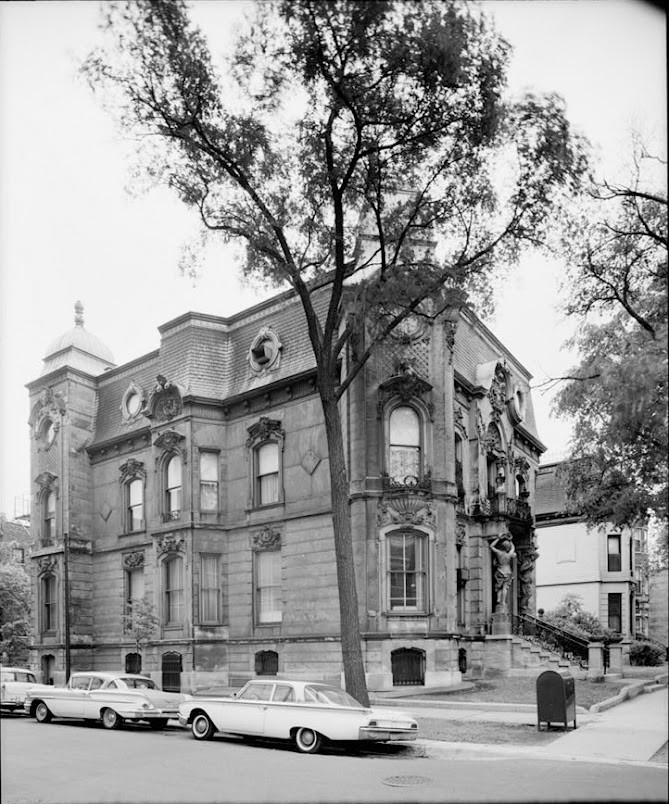 The Dewes mansion was built for Francis J. Dewes, a brewer. Dewes was born in Prussia in 1845, the son of a brewer and member of the German parliament. In 1868 Francis Dewes emigrated to Chicago and found employment as a bookkeeper for established brewing companies such as Rehm and Bartholomae and the Busch and Brand Brewing Company. He rose through the ranks, and in 1882 he founded his own successful brewing firm. His mansion was built to reflect his own Prussian background and European tastes. 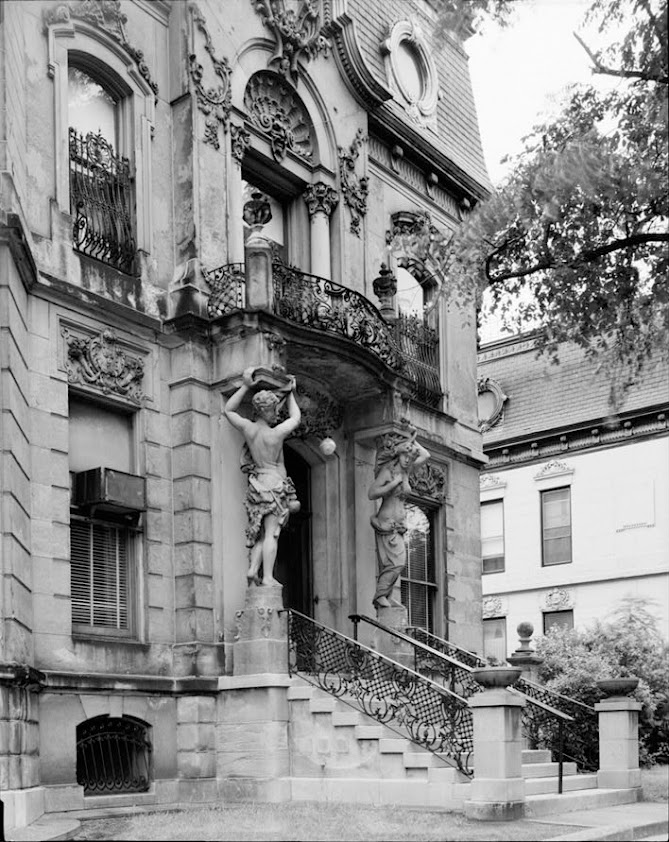 Taken as a whole, the building is an unusual example of a German-inspired style, influenced by the neo-Baroque architecture of Ecole des Beaux-Arts in Paris at the end of the 19th century. The exterior of this lavish graystone is decorated with carved stonework and ornamental cornices and lintels. The entrance to the mansion is flanked by caryatids, tall figures acting as columns, supporting a balcony over the doorway. 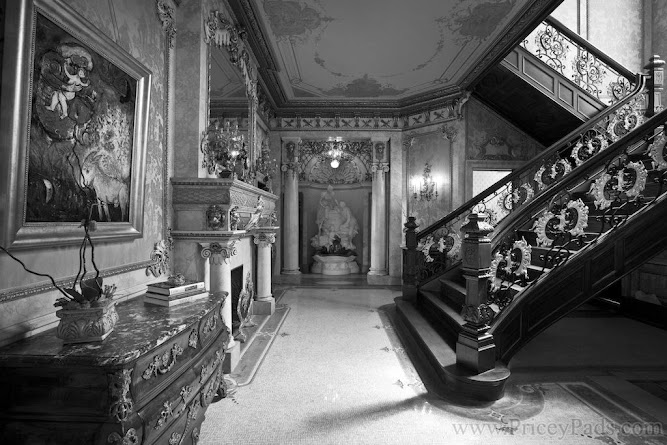