Sergio Oliva was born in Cuba on July 4, 1941. At 12, he worked with his father in the sugar cane fields of Guanabacoa. When Oliva was 16, his father suggested that he enlist in Fulgencio Batista's army. In the absence of a birth certificate, the recruiting officer took the senior Oliva's word that his son was old enough to enlist in the fight against communism. 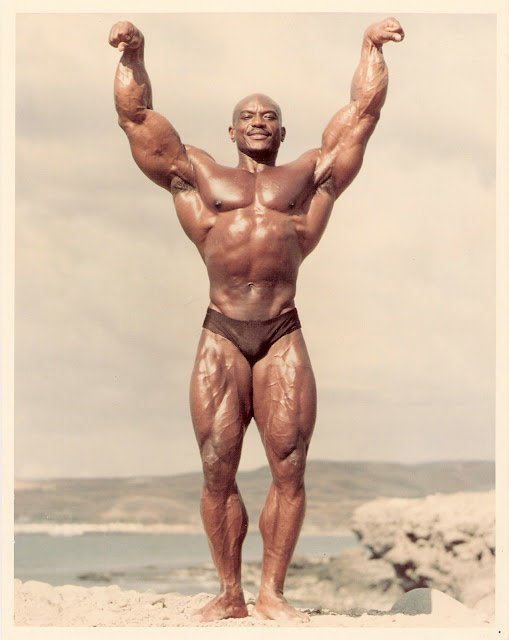 After losing the war to Fidel Castro, Oliva stayed local and took to hanging out at the beach. There, he met a fellow sun worshipper, who invited him to the local weightlifting club. After just six months of training Oliva was doing clean and jerks with over 300 lb and totaling 1000 lb in the three Olympic lifts at a bodyweight of 195 lb, considered a middle-heavyweight. 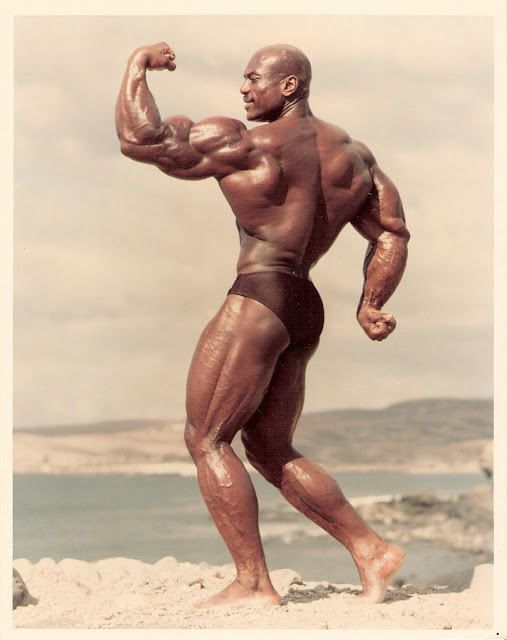 In 1962, the National Weightlifting Championship for Cuba was won by Alberto Rey Games Hernandez; Sergio Oliva took second place. Because Alberto was injured, Oliva was chosen to represent Cuba at the 1962 Central American and Caribbean Games hosted in Kingston, Jamaica.

During his stay in Jamaica, Oliva snuck out of his quarters while the guards were distracted. He ran at top speed until he was safely inside the American consulate. Arriving breathlessly, he demanded and received political asylum. Soon, 65 other Cuban nationals followed him, including Castro's entire weightlifting team and their security guards. Soon afterward, Oliva was living in Miami, Florida, working as a TV repairman.

In 1963 Oliva moved to Chicago, Illinois. There he worked at a local steel mill and began working out at the Duncan YMCA. Working 10-12 hour days at the steel mill and putting in another 2.5–3 hours at the gym gave Oliva very little time for anything else. Soon the bodybuilding grapevine was abuzz with gossip about a Cuban powerhouse who lifted more than any of the local Olympic champs. Oliva won his first bodybuilding competition the Mr. Chicagoland contest in 1963. Then he was successful again at Mr. Illinois in 1964 but he lost in 1965 at the AAU Jr. Mr. America winning 2nd place even though he won the trophy for "Most Muscular." In 1966, he won the AAU Jr. Mr. America and again he claimed the trophy for "Most Muscular". He then joined the International Federation of Body Builders IFBB in which he won both the professional Mr. World and Mr. Universe Contests. In 1967, he won the prestigious Mr. Olympia contest, making him the undisputed world champion of bodybuilding. 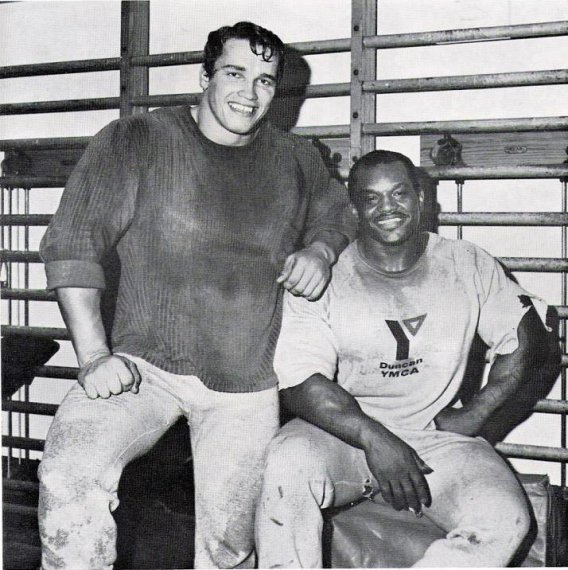 Oliva then went on to win the Mr. Olympia title three years in a row, at 5 feet 11 inches and at a contest weight that went from 225 lbs up to his most massive at 255 lbs. Oliva's 1968 Mr. Olympia win was uncontested. In 1969, he won his third consecutive Mr. Olympia by beating Mr. Europe, Mr. International, and four-time Mr. Universe winner Arnold Schwarzenegger. In his 1977 autobiography, 'Arnold: The Education of a Bodybuilder', Arnold tells of their first encounter: "Then for the first time, I saw Sergio Oliva in person. I understood why they called him the Myth.
It was as jarring as if I'd walked into a wall. He destroyed me. He was so huge, he was so fantastic, there was no way I could even think of beating him. I admitted my defeat and felt some of my 'pump' go away. I tried. But I'd been so taken back by my first sight of Sergio Oliva that I think I settled for 2nd place before we walked out on the stage... I never like to admit defeat, but I thought Sergio was better. There were no two ways about it." 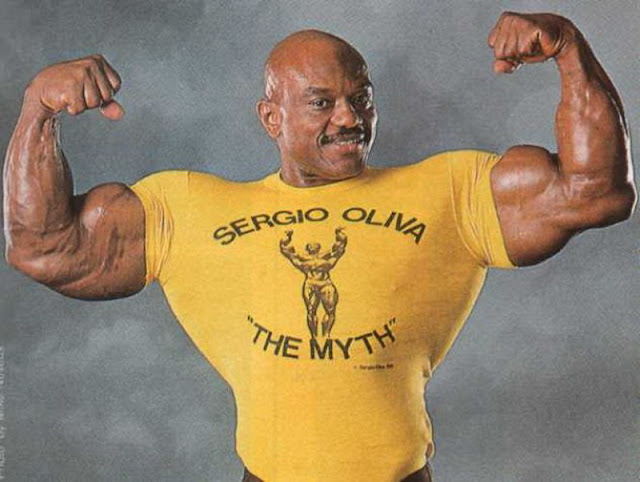 However, Schwarzenegger won his first Mr. Olympia title by edging the Myth the following year with a score of 4-3 when Joe Weider switched judges at the last minute. Oliva was banned from competing in the 1971 IFBB Mr. Olympia because he competed in the 1971 NABBA Mr. Universe. This was extremely controversial because Schwarzenegger had competed for this very same contest the year before and without Sergio to challenge Arnold, many felt that the contest was fixed. "I'd coasted to my second title as Mr. Olympia, in Paris in 1971. The only possible challenger had been Sergio-nobody else was in my league-and he'd been barred from the contest, along with others, because of a dispute between federations." Oliva was permitted to simply guest pose at the 1971 Mr. Olympia. After this setback, Oliva was fiercely determined to beat Arnold Schwarzenegger and prove once and for all that he was the world's greatest bodybuilder. 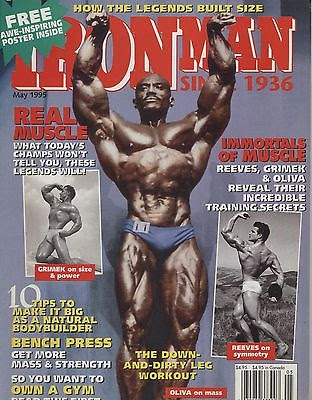 In 1972, under the High-Intensity Training (HIT) of Arthur Jones, the designer of Nautilus training equipment, Oliva challenged Schwarzenegger for the 1972 Olympia in Essen Germany.

By all accounts, Sergio was in his all-time greatest shape and completely confident he would regain the Mr. Olympia title showing up at his all-time best condition. "But in Essen, it seemed like all the top Bodybuilders turned up at their very best except for me. Sergio was back, even more, impressive than I remembered." Once again, Weider switched the judges at the last minute and Arnold was declared the winner in what is to this day the most controversial bodybuilding contest of all time. "Compared with all of the other Bodybuilders I've ever faced, Sergio really was in a class by himself. I was struck by that again the minute we were onstage. It was so hard to look impressive next to him with those incredible thighs, that impossibly tiny waist, those incredible triceps."

Sergio was a regular at the Chicago Bally Health Club on Ridge Avenue just north of Devon Avenue. Working very part-time for the Chicago Board of Education as a presence in many of the Northside schools, he quickly became a role model to so many neighborhood kids. 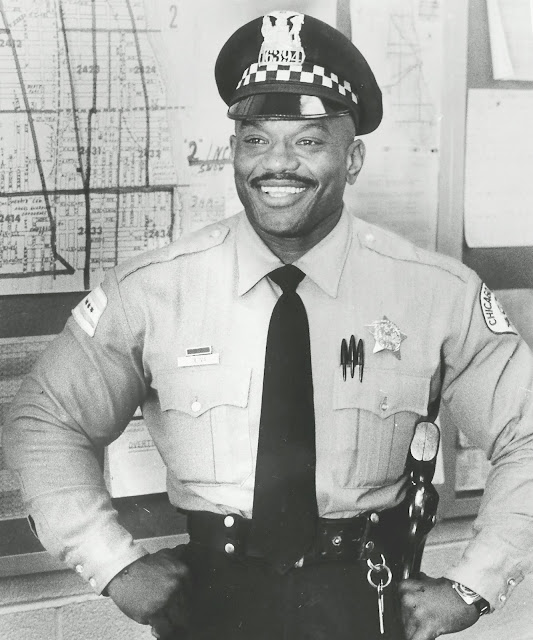 After being disqualified from the 1973 IFBB Mr. International that Sergio actually won, he severed all ties with the Joe Weider controlled IFBB and continued competing for other world bodybuilding federations. He won the World Body Building Guild (WBBG) Mr. Galaxy in 1972 and 1973, the WBBG Mr. Olympus in 1975, 1976 and 1978, the WABBA Professional World Championships in 1977 and 1980, and the WABBA Professional World Cup in 1980 and 1981. After a 12-year hiatus from the IFBB, Oliva was invited back to the IFBB and came out of retirement to compete in 1984, Mr. Olympia. Finishing in a very controversial eighth place, "the Myth" still sported an extremely impressive physique and V-taper. Although he was not at his best, most bodybuilding experts and media at the time felt that he should have placed in the top five. 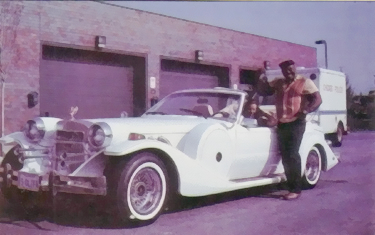 In 1985, at the age of 44, Oliva returned for an attempt at the famed Mr. Olympia title and would compete again in 1985. While being a favorite by many in the crowd he could manage just an 8th-place finish in each. "Anyone who loves the sport of bodybuilding knows the name of Sergio Oliva, known as 'the Myth'. I greatly admired him and consider him to be the all-time world's greatest physique. I saw him in competition many times, including his shows against Arnold. There is no doubt that with his wide shoulders and narrow hip structure he was superior to any other Bodybuilder of his generation. Sergio was not only the most aesthetic bodybuilder on stage but also the biggest... Sergio Oliva is considered by most to be the world's most genetically gifted bodybuilder... He set a whole new standard for competitive bodybuilding; loved by millions, revered by many and feared by some. He was so huge and extremely proportioned that he used to bring chills to his adversaries. This is how he acquired the name of the Myth."


My Serg Story: I personally knew "Serg." He was a part-time employee of the Chicago Board of Education and would make an appearance at many of the Chicago Northside public schools. He spent alot of time at Mather High School, where I attended, as the head of security. Serg always wore a big smile. He was genuinely a happy person!

I ran into him many times in the summer as he patrolled the beaches in Rogers Park and Edgewater Beach. I'd run into Serg at Foster Avenue beach while biking on the path heading downtown. He always remembered my name. Even years later, I'd see him driving around in his vintage car on Devon Avenue or I'd see him in Bally's Health Club on Ridge and Devon.

Rogers Park District Patrol Officer Sergio Oliva, 45, an internationally recognized body-builder and former Mr. Universe, was in serious condition after being shot during an argument with his wife in their North Side home Thursday.


Investigators said preliminary reports indicated the shooting occurred after Oliva struck his wife twice. In a statement before undergoing surgery in St. Francis Hospital, Evanston, for a wound in the lower right abdomen, Oliva reportedly said the gun went off accidentally while he and his wife struggled in the bedroom.

Mrs. Oliva initially told investigators that she ran to the bedroom after Oliva struck her to get a .38 caliber revolver and that she shot him after he followed and struck her a second time. Mrs. Oliva is a body builder and operates a body-building clinic with her husband. Oliva was off duty at the time.

According to initial reports, his wife helped Oliva down the stairs from their third-floor apartment after the shooting, and they waited in the street for an ambulance, which neighbors had called.

Oliva has won every professional body-building title in the world. Because of his 23-inch biceps he was known as the "strong arm of the law."

He defected from Cuba in 1962, taking with him all 32 members of Cuba`s weight-lifting team at the Pan American Games in Kingston, Jamaica.

He came to Chicago two years later and studied English at Wells High School to qualify for citizenship.

Because of his physical dimensions-- 60-inch chest, 27-inch waist and 32-inch thighs--his police uniforms must be specially made.

He also appeared in three movies produced in Mexico.