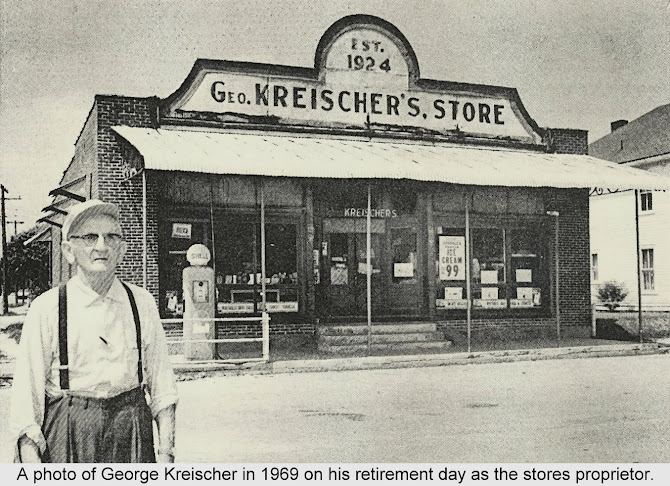 This was the type of general store, or "mercantile" as they were called at that time, where you would purchase your goods from large barrels and containers. In those days there was no self-service, a store employee, or the owner, would get you the items you wanted to buy and bring them to the counter.
Flour and sugar came in large cloth sacks, pickles came in barrels, full bunches of bananas would hang from the ceiling, and customers would pull off what they wanted. In the early years, many locals would barter. Perhaps they would bring fresh eggs from their chickens to trade for flour, sugar, or other items. 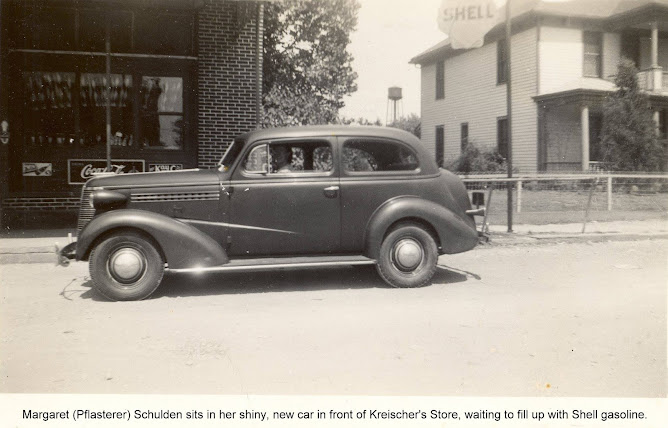 Ruth and Weldon Kohnz stand behind the counter at the R & W Market, just after purchasing it from George Kreischer. The Kohnz's operated the store from 1969 to 1970, then it was purchased by Clayton and Jeanette Schneider. 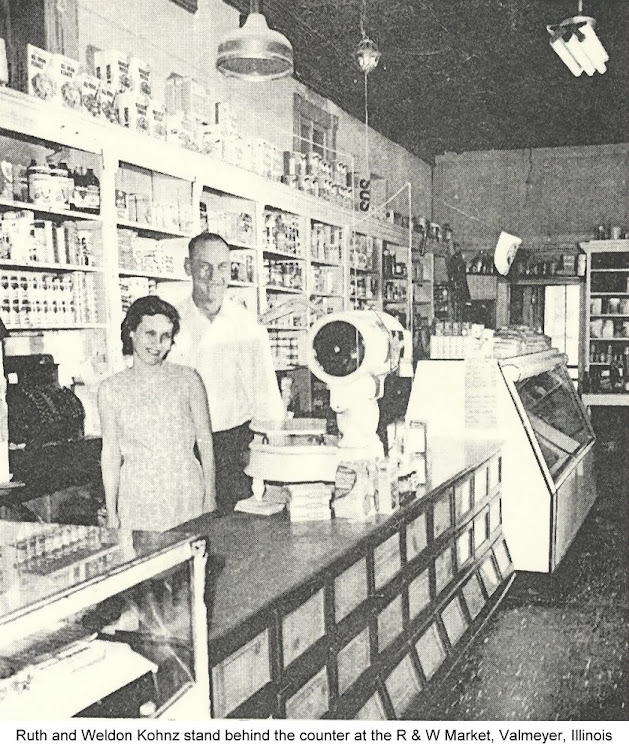 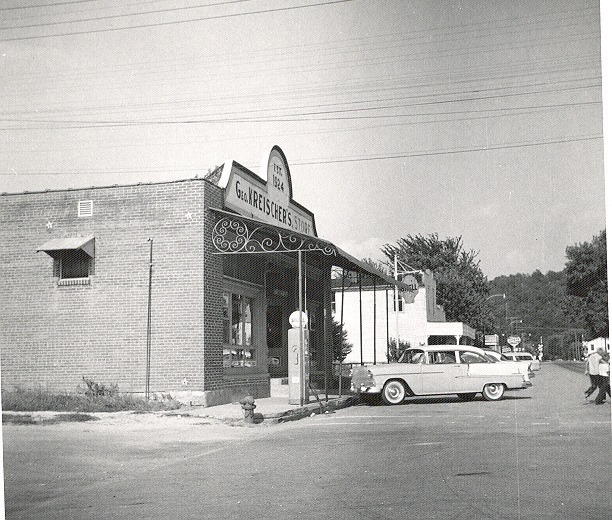 For a time the Schneider's operated two markets - their original store - the "Lee Melliere" store they had purchased in 1966, and this store at the corner of Lake and Main in Valmeyer.
The village of Valmeyer weathered Mississippi floods in 1903,1943,1973, and 1993. The last flood caused the town to vacate its location from the American Bottom at the base of the bluffs to the top of the bluffs.
I sent a message to the Village of Valmeyer, Illinois about Kreischer's Store. Response: That property went through the [1993] flood buyout and was demolished.
In old Valmeyer, there is a 5-million-square-foot underground city in the bluffs complete with streets, fire hydrants, and lighting. It all started in the late 1800s. Watch this amazing 3½ minute video.
Compiled by Dr. Neil Gale, Ph.D.
Presented by Dr. Neil Gale, Ph.D. at 4/24/2022 06:45:00 PM