The National Great Rivers Museum is located adjacent to the Melvin Price Locks and Dam on the Illinois side of the Mississippi River in Alton, Illinois. 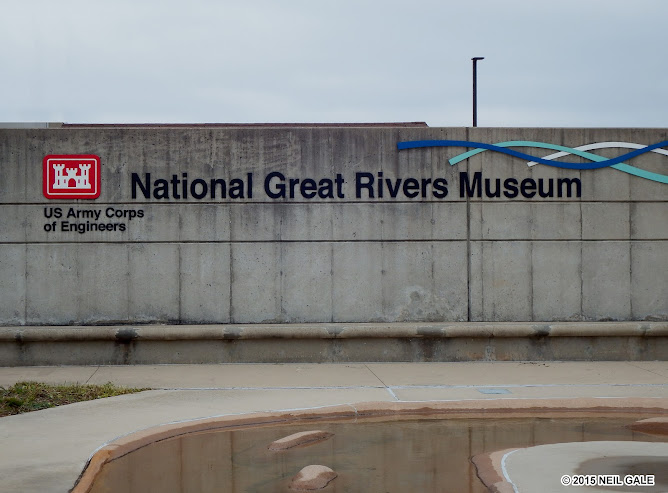 MELVIN PRICE LOCKS AND DAM
Melvin Price Locks and Dam is a dam and two locks at river mile 200.78 on the Upper Mississippi River, about 17 miles north of Saint Louis, Missouri. The collocated National Great Rivers Museum, at 1 Lock and Dam Way in East Alton, Illinois, explains the structure and its engineering. 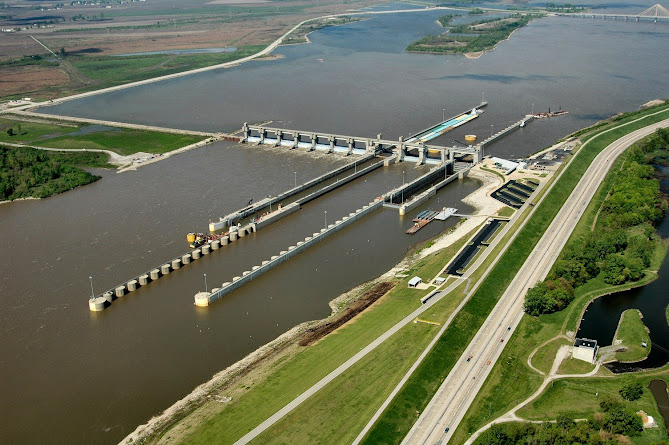 Melvin Price Locks and Dam replaced Lock and Dam 26, which opened in 1938, and was demolished in 1990. Almost from the beginning, Lock and Dam 26 was plagued with structural deficiencies.

Scour holes developed below the dam. This was of particular concern because some of the holes were deeper than the wooden pilings supporting the dam. The scouring of the riverbed led to the disintegration of the concrete and a loss of foundation material, which eventually resulted in excessive deflections and settlement of the lock walls and dam piers. 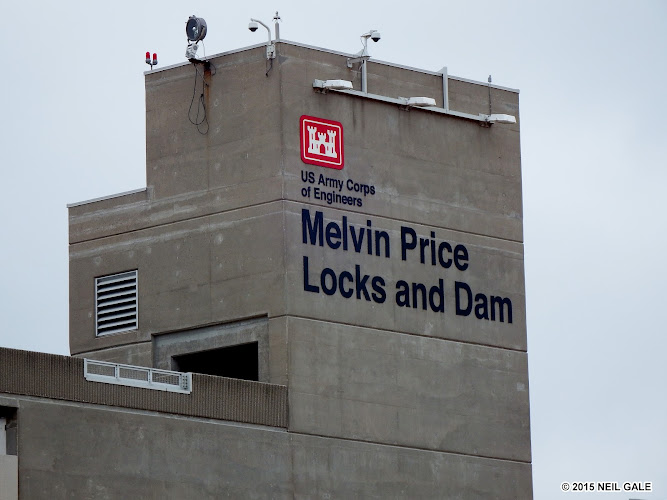 The construction of the Melvin Price Locks and Dam constituted the first replacement of an original installation of the 9-Foot Channel Project. The new structure is located two miles downstream of the razed Lock and Dam 26, but the significance of the new installation is not limited to its colossal size. Throughout its design and construction, the Corps engaged in an extensive program of computer-assisted design, testing, and evaluation to create a structure that represents the state of the art in river navigation control works.
The Melvin Price Locks and Dam helps to control the flow of the Mississippi and is the means by which barges are able to navigate the river. 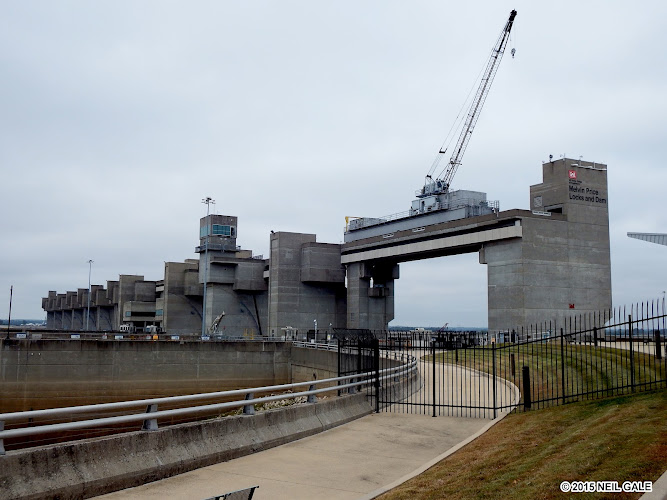 The main lock is 1,200 feet long and 110 feet wide; the auxiliary lock is 600 feet long and 110 feet wide. The main lock has a vertical lift gate and a miter gate while the auxiliary lock has two miter gates. The dam is 1,160 feet long with 9 tainter gates, each 110 feet wide by 42 feet high.
It is named after Illinois Congressman (Charles) Melvin Price (1905-1988) who served as:
Congressman Price is probably most famous for his role in enacting the Price-Anderson Nuclear Industries Indemnity Act. He died in 1988 of pancreatic cancer. Price is the namesake of the Melvin Price Locks and Dam, in East Alton on the Upper Mississippi River, and the Melvin Price Federal Building and United States Courthouse in East St. Louis.
NATIONAL GREAT RIVERS MUSEUM

The National Great Rivers Museum, opened in October of 2003, is one of eleven planned regional visitor centers operated by the U. S. Army Corps of Engineers. Located adjacent to the Melvin Price Locks and Dam, this 12,000-square-foot facility is the result of a collaboration between the Corps and the nonprofit Meeting of the Great Rivers Foundation and tells the story of the Mississippi River. The Museum features state-of-the-art interactive displays and exhibits that help visitors understand the many aspects of the Mississippi River and how it affects our lives.
Compiled by Dr. Neil Gale, Ph.D.
Presented by Dr. Neil Gale, Ph.D. at 4/24/2022 10:35:00 PM