The first Fallout Shelter signs are installed in Chicago's Loop on November 11, 1962.

The public information officer of the Chicago District of the United States Army Corps of Engineers, Thomas Hicks, says that signs have been posted in 13 Loop buildings that have been designated as fallout shelters. 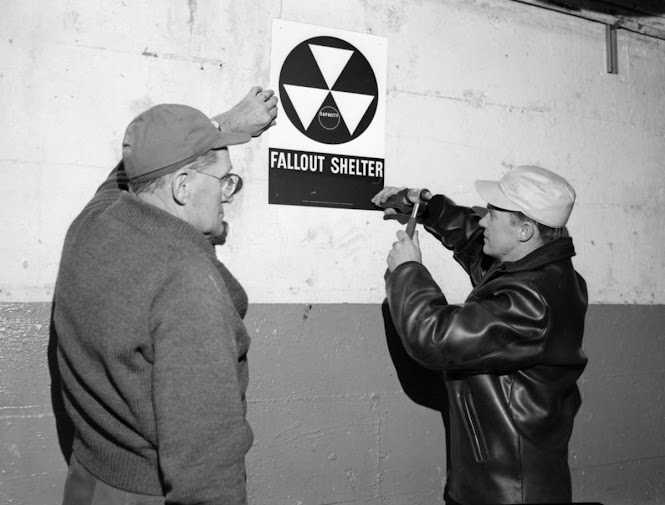 The Chicago Loop Buildings Include:
The buildings will provide enough space for 6,200 people with “basement and upper floor shelter space to reduce radiation effects within the shelter to one-one hundredth of that outside,” according to Hicks.

These buildings are the first of 495 Loop buildings and 2,500 buildings in the city that have been selected as fallout shelters. Most Chicago Public Schools will serve as Fallout Shelters. Loop shelters will provide space for 2.3 million people while 4.7 million people could be handled in shelters in the rest of the city.  It is expected that the posting of signs on the shelters will be completed within four months.
Compiled by Dr. Neil Gale, Ph.D.
Presented by Dr. Neil Gale, Ph.D. at 3/25/2021 10:25:00 PM