Evanston Avenue in Chicago was renamed to Broadway in 1913, the only city thoroughfare without a suffix.

Broadway in Chicago is neither an avenue nor a street. It is of two Chicago thoroughfare without a suffix. Adding a suffix is a mistake that many have made, including the City of Chicago whose error, now corrected, could be seen every day in plain sight at the corner of Broadway and Catalpa. The street sign on that corner read “Broadway Av.” Almost every other sign along the thoroughfare reads properly with no suffix added.

If you say that Lincoln Park West also has no suffix, you must go back to 1920 for proof. According to the Chicago Almanac and Year-Book for 1920; Lincoln Park West is a Boulevard that runs 1/2 mile from Fullerton Avenue / Fullerton Boulevard on the north to Clark Street on the south. The Boulevard or "BLVD" suffix would not fit on the street sign, so the city left it off. 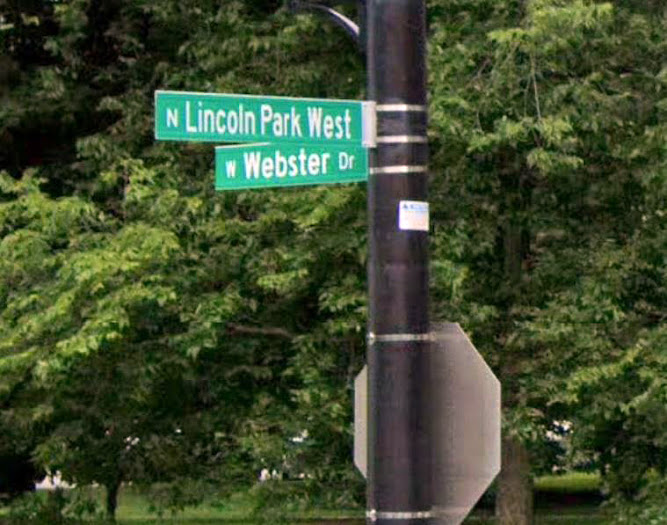 Let's go back to the beginning of Chicago area history. In 1854 landowners organized to make their land more attractive and more valuable by constructing the Lake Shore Plank Road, which became Evanston Avenue, then renamed Broadway in 1913. Lake Shore Plank Road was the last wooden plank road built in the Chicago area.
Evanston Avenue was an important connection for those traveling between Chicago and its northern neighbor Evanston. It cut through woodland areas, including the 'White Birch Forest' that would eventually become neighborhoods such as Uptown, Edgewater, and Rogers Park. The land on which Evanston Avenue was built was more stable ground compared to the swampier soil located east of the road to the lakefront.

As roads such as Evanston Avenue became increasingly traveled, the woods that they sliced through made way to what is now the far north lakefront neighborhoods of Chicago. Developers saw potential in the land and built communities that catered mostly to well-off Chicago families, moving away from the city center.
In order to service these new residents, businesses started to quickly pop up along Evanston Avenue. In 1913, those merchants pushed to have the street’s name changed. Uptown and Edgewater were evolving into Chicago’s version of New York City’s "Great White Way," they chose to rename the street Broadway to reflect the new opulent area.
NYC’s Broadway also has no suffix. Originally the Wickquasgeck Trail, Dutch settlers needed to widen the Manhattan Island street to make room for 4-horse drawn traffic (to allow a 4-horse team to turn 180°) in the mid-1600s. After completion, they renamed the street in Dutch to "Brede Weg" which translated to "Broad Way" in English. Like the Dutch word, Broad Way was spoken as one-word, Broadway, and over time, was spelled as one-word, Broadway.
For those who believe Broadway deserves a suffix, the thoroughfare is technically a 'Way' but became a portmanteau word when Broad Way was turned into one word.
Compiled by Dr. Neil Gale, Ph.D.
Presented by Dr. Neil Gale, Ph.D. at 4/20/2021 09:40:00 AM