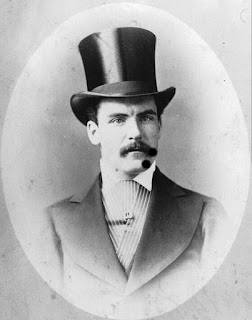 Dr. Thomas Neill Cream, also known as the Lambeth Poisoner, was a doctor secretly specializing in abortions. He was born in Scotland, educated in London, active in Canada, and later in Chicago, Illinois.

Cream established a medical practice not far from the red-light district in Chicago, offering illegal abortions to prostitutes. He was investigated in August 1880 after the death of Mary Anne Faulkner, a woman on whom he had allegedly operated, but he escaped prosecution due to lack of evidence.

In December 1880, another patient, Miss Stack, died after treatment by Cream, and he subsequently attempted to blackmail a pharmacist who had made up the prescription.

On 14 July 1881, Daniel Stott died of strychnine poisoning at his home in Boone County, Illinois, after Cream supplied him with an alleged remedy for epilepsy. The death was attributed to natural causes, but Cream wrote to the coroner, blaming the pharmacist for the death after again attempting blackmail.

Cream was arrested, along with Mrs. Julia A. (Abbey) Stott, who had become Cream's mistress and procured poison from Cream to do away with her husband. She turned state's evidence to avoid jail, laying the blame on Cream, which left Cream to face a murder conviction on his own. He was sentenced to life imprisonment in Joliet Prison. One night unknown persons erected a tombstone at Mr. Stott's grave, which read, "Daniel Stott Died June 12, 1881, aged 61 years, poisoned by his wife and Dr. Cream." 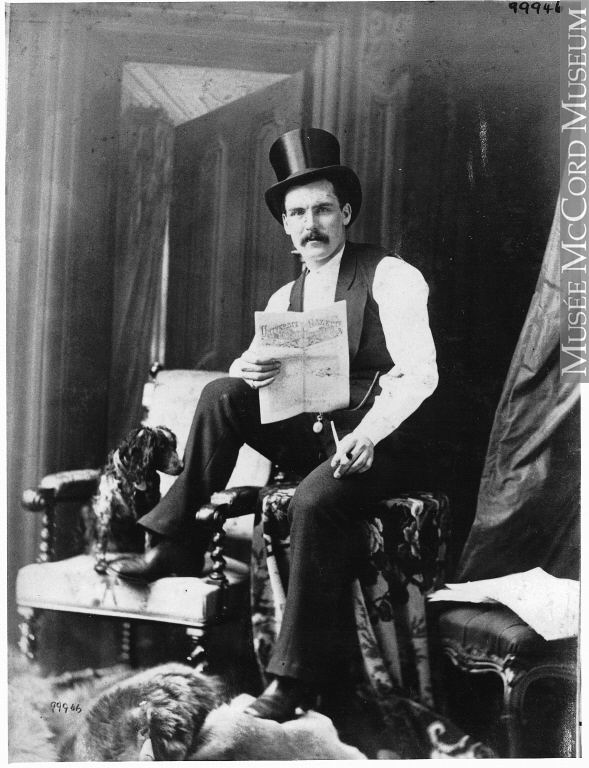 Cream was released on July 31, 1891, when Governor Joseph W. Fifer commuted his sentence after Cream's brother pleaded for leniency, allegedly also bribing the authorities. Moving to London, he resumed killing (mostly prostitutes) and was soon arrested. He was hanged on November 15, 1892.

According to the hangman, his last words were reported as being "I am Jack the Ripper." Records show Cream was in prison during the last three Ripper murders in 1888. 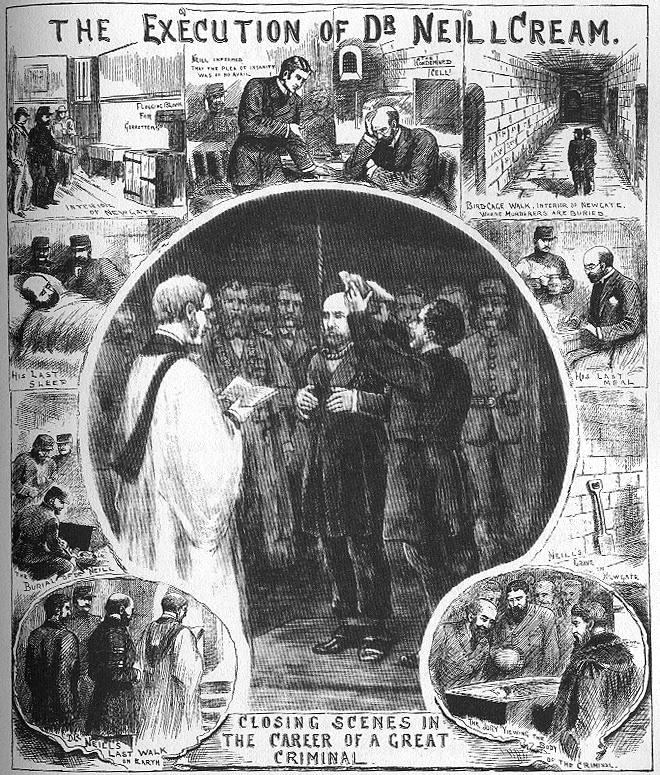