Lincoln Logs may have been named after the nation’s 16th president, but they were invented by John Lloyd Wright, the son of architect Frank Lloyd Wright. 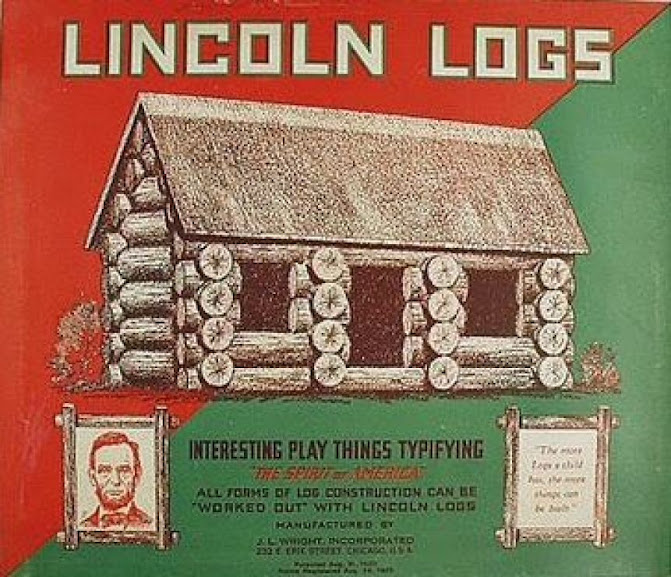 Lincoln Logs, first made out of notched redwood in 1916. Records show that the J. L. Wright Company of Chicago, Illinois, obtained US Patent №1,351,086, for the design on August 31, 1920 and had the Lincoln Logs name registered on August 28, 1923. They were marketed along with other sturdy, functional wood toys under the Red Square Toy Company name. 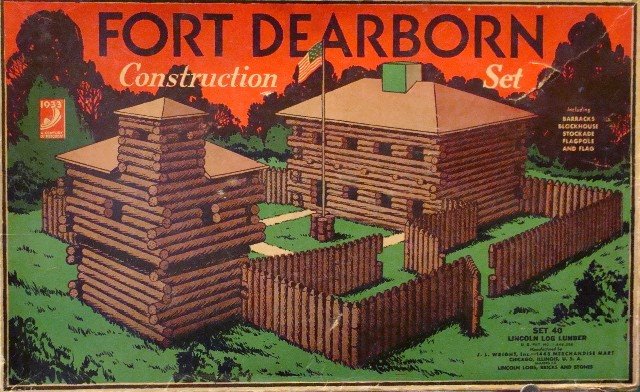 Red Square Toy Company was purchased in 1943 by Playskool Corporation for $800, another toy giant with roots in Chicago, still markets Lincoln Logs. Lincoln Logs were among the first toys to be promoted on television, 1953’s Pioneer Playhouse. The ads targeted affluent parents, who were most likely to own a television set and to buy educational toys. 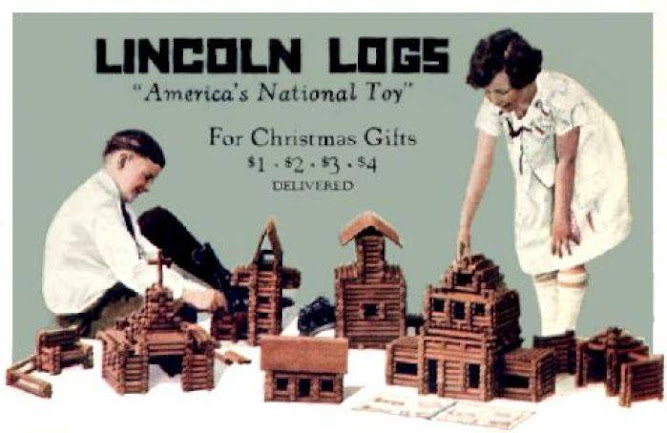 More than 100 million sets have been sold worldwide, reaching their peak of success during the Davy Crockett craze of the 1950s. Both the toy and inventor were entered into the National Toy Hall of Fame in 1999. 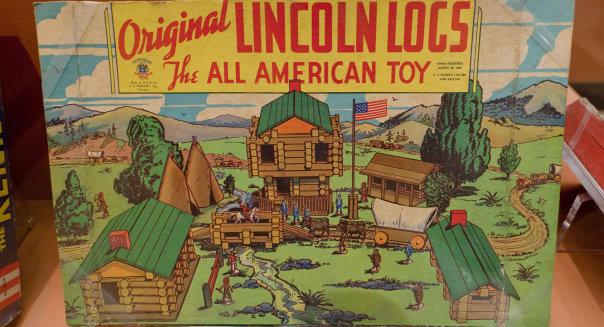 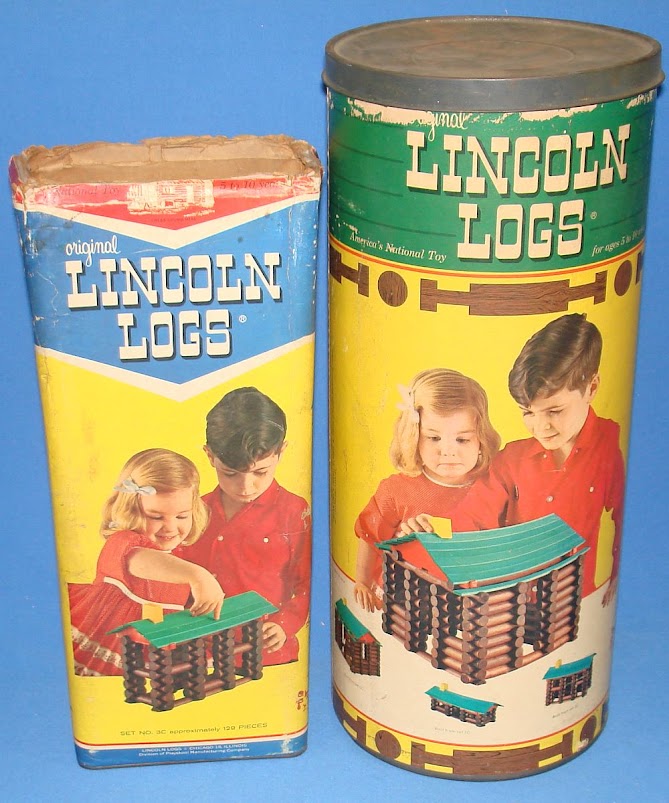