Faced with millions of returning veterans after WWII and the ''baby boomer'' families they were beginning, housing became Chicago's first priority. It was estimated that 375,000 negroes were living in the South Side 'black belt' in housing designed to accommodate only 110,000. They had to move out, and the only place to go was to previously all-white, working-class neighborhoods.

"Airport Homes" was the name of the site, near Midway Airport, established by the Chicago Housing Authority (CHA) to provide temporary housing during the postwar housing shortage. Residents of West Lawn and West Elsdon rioted and succeeded in intimidating negro war veterans from joining white veterans in the homes. The upheaval against negroes happened during the working hours while the white men were at work, which meant that the elderly and the women were the ones who started the riot. 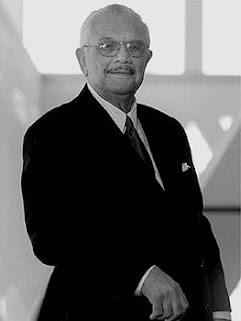 On a cold afternoon on December 5, 1946, Vernon D. Jarrett, a young reporter on his first assignment with the Chicago Defender, one of the most prominent Negro newspapers in the nation, drove across Chicago’s South Side to the mundane residential neighborhood of West Lawn to cover an extraordinary event. That day, the Chicago Housing Authority (CHA) attempted to move two negro families into the Airport Homes housing project, a collection of temporary shelters erected on an open field at 60th Street and Karlov Avenue for veteran soldiers returning from World War II. For the CHA, Defender reporters, and hundreds of thousands of other negroes inhumanely crammed into a narrow ghetto located farther east, the integration of the project marked a tentative, yet hopeful step in addressing Chicago’s severe racial segregation.
The residents of West Lawn and other white neighborhoods on the Southwest Side, however, had a different reaction. They saw the arrival of the first negro residents as an invasion to be repelled by any means necessary. A large, vicious mob formed around the housing project, shouting “Ni**ers, go home” and “Kill the dirty communists.” They also promised to honor the newcomers with a lynching. The priorities of Jarrett and other members of the media, negro and white alike, quickly changed from covering the chaotic scene to self-preservation when the wild crowd identified them as “white ni**er-lovers” to be punished. Unable to safely retreat to their cars, they ducked into one of the project’s homes. The shoddy construction of the unit spared their lives. The wet, damp unit prevented a group of teenagers from succeeding in their attempt to, in their words, “barbecue all you ni**ers and white ni**er lovers.” Eventually, the Chicago Police Department escorted Jarrett and his trapped companions to safety.
Preying on racial fears, real estate speculators began to turn entire neighborhoods from white to negro virtually overnight. In the bargain, they turned handsome profits for themselves, scaring white families into selling their homes far below market values, and turning around to sell them to negroes at highly inflated prices. It was a situation intolerably inhumane both to negroes and whites.
Chicago's major newspapers published very few details about the riots at the recommendation of the city's Commission on Human Relations (CHR), who feared that excessive coverage would make the riots worse. As a result, there is very little information available on the riots.
The riots were large-scale, with thousands of whites attacking negro-owned or rented homes in their neighborhoods, stoning police, and beating hapless negro and white passersby. After the Airport Homes riot other riots occurred in the Fernwood Park area on the Southwest Side in 1947, and in Englewood, Park Manor, and Trumbull Park areas on the South Side in 1949 and 1953, also spilling over into suburban Cicero in 1951. Those were the big riots, but the Human Relations Commission reported a total of 357 serious racial incidents between 1945 and 1950 over negroes moving into previously white enclaves.
With the power to veto placement of public housing in white neighborhoods, the city council effectively defeated any integration efforts attempted by the CHA. If an alderman in a white ward thought the CHA was going to try to bring blacks into one of his neighborhoods with a proposed project, he simply had the council deny the CHA permission to acquire the site.
Given the council's veto power, the whole CHA policy quickly shifted to contain the city's black population in its already overcrowded ghetto neighborhoods. Land in the ghettoes was at a premium, and it soon became apparent that the only way to build the numbers of cheap rental units that were needed was to build up — to go into high-rise construction.
The 1946 riots were the worst episode of racially inspired violence that the city faced since the 1919 Chicago Race Riots.
Compiled by Dr. Neil Gale, Ph.D.
ADDITIONAL READING:
Forgetting How to Hate: The Evolution of White Responses to Integration in Chicago, 1946-1987 — From my Digital Research Library of Illinois History Journal™
Presented by Dr. Neil Gale, Ph.D. at 1/11/2021 01:31:00 PM