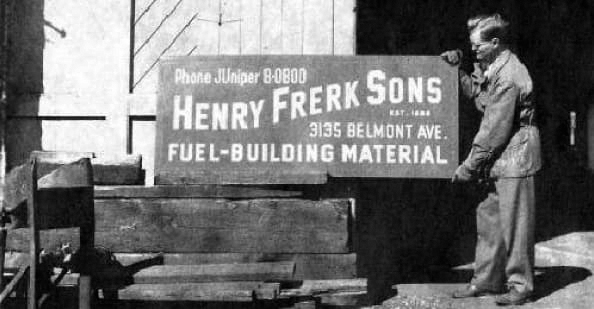 Henry Frerk was born in Prussia in 1848. In the mid-1860s, he immigrated to the United States and eventually settled in Chicago, where he married Albertine Belitz and started a family. 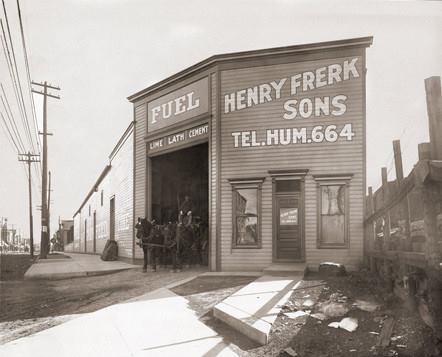 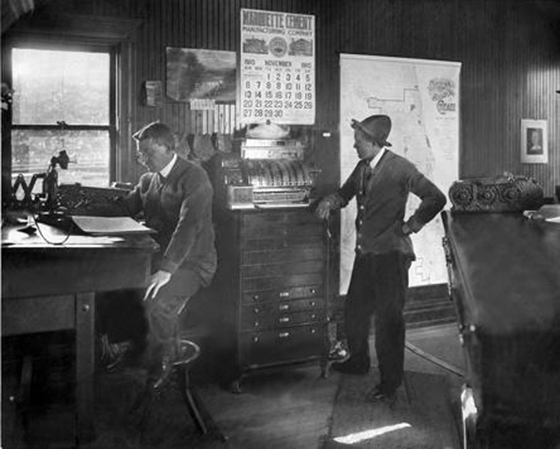 Milwaukee Avenue was the main road into the city from the northwest. It was a planked toll road where all traffic was charged a toll, by type of vehicle, number of horses, and even weight at some tolls, to use the plank road. The local farmers realized quickly that the cost of the tolls, both ways, outweighed the benefit of selling produce in the city.
Recognizing the farmers’ dilemma and a business opportunity, Henry partnered with Charles Bothfeld. They purchased the two buildings previously owned by Mueller & Hardkopf and became commission merchants.
After installing a scale along Milwaukee Avenue to weigh wagon loads of produce, Henry purchased the small loads and delivered them into the city. The farmers, in turn, purchased their necessary supplies at Henry's store.
In 1884, Henry Frerk purchased property on the 1800 block of Milwaukee Avenue and opened his own hay, grain, and feed store. In 1887, he purchased additional property and expanded his business to the present location at Belmont, Kedzie, and the Chicago Northwestern Railroad.
This area was still largely a farming community known as Avondale and had not yet been annexed into Chicago. Street addresses had not been designated therefore the company address was known as located "Near Belmont Avenue, Cor. N.W. Railroad off Avondale train depot."
Before long, Henry added a lumber, door, and sash business. This larger property, and the proximity of the railroad, enabled Henry to grow his business. He included coal and stocked large quantities of hard building materials such as sand, gravel, cement, and plaster. The aggregate was delivered in railroad gravel cars to the Belmont Avenue yard and each rail car was unloaded by men with shovels. 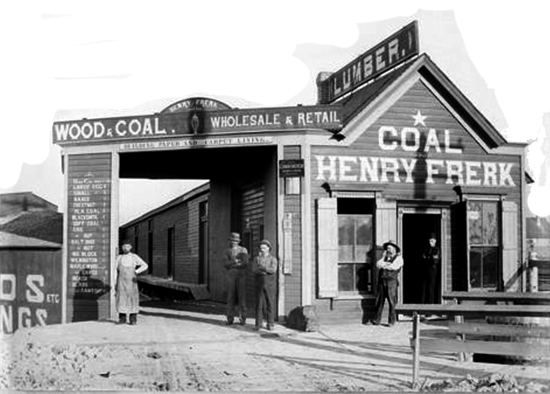 There was a tremendous building boom in Chicago during this period due to the rebuilding of the city after the Great Chicago Fire in 1871.
The company used 20 teams of draft horses to make its deliveries. The company traveled as far north as Half Day, Illinois, which, as the name implies, took a half-day to reach by horseback, wagon, or carriage from Chicago. It did not. How Half Day, Illinois, got its name.
A two-story stable with an elevator was built to house the horses. This building, on Fletcher St. near Albany Avenue, was owned by Ascher Brothers and the original stable still stands today. The draft horses were raised on the company farm located in what is now the Barrington Hills area.
The drivers came to work at four o'clock in the morning to groom and harness the horses. Henry Frerk personally inspected each harnessed team, and no one left until they had passed Henry's inspection.
Sometime in the early 1900s, Henry and Charles closed their hay, grain, and feed stores on Milwaukee Avenue, and Henry focused operations on his Belmont Avenue yard. On May 7, 1910, Henry Frerk died at 62 years old.
Henry Frerk was known to describe himself as "a sawed-off and hammered down German."
The company continued under the direction of his two sons, Alfred and Otto. They decided to drop the lumber portion of the business and concentrate on coal and hard building materials. The company name, Henry Frerk, was changed to Henry Frerk Sons, Inc., 3135 West Belmont Avenue, Chicago, which remains in use to this day.

Very early on, the Frerk brothers realized the advantages of automobiles and purchased their first auto truck, a 1911 3.5-ton Kissel Kar. Then, in 1917, the Frerks purchased their first dump truck: a 2-ton Autocar, nicknamed the "hurry-up wagon." By 1921 Henry Frerk Sons' truck fleet grew to eight automobiles including an additional three Mack 7½-ton trucks, a Packard 4½-ton truck, and a steam shovel for unloading rail cars in our yard.
In addition to the battery of trucks, Henry Frerk Sons continued with wagon deliveries pulled by twelve teams of horses.
Then, in 1925, Alfred died, leaving Otto to run the company. Even though the depression hit the building industry very hard, Otto was able to keep the company afloat. In 1946, just after his son, Rodger, returned from the war, Otto Frerk passed away. Rodger became president of Henry Frerk Sons, and in 1951, Rodger married Anne Galbavy. Loren, their daughter, and only child was born in 1955. 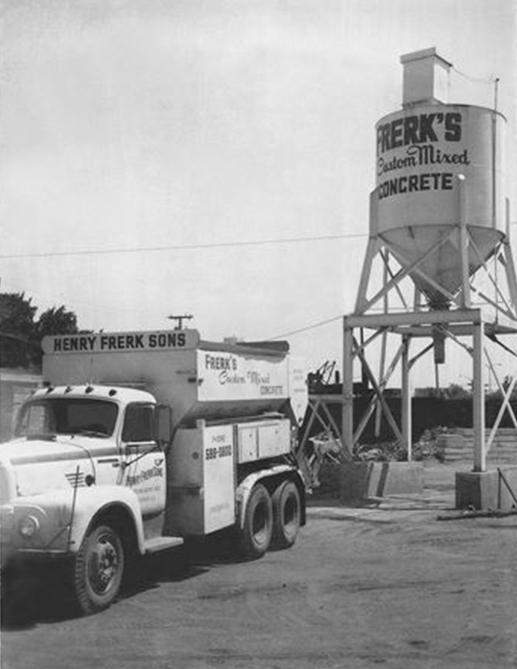 In 1966, Henry Frerk Sons entered into the ready mixed concrete industry. In order to be responsive to its customers' needs, the company purchased a mobile concrete truck, an unconventional route to take.
Starting with only one truck was risky business, and having only been introduced in 1964, the concrete mobile truck was still in its infancy, and the standard barrel mixer was familiar and popular in the Chicago area. Rodger saw the potential for the new trucks and invested in what he saw to be both better quality and a better price for his customers. He turned out to be quite right!
In 1978, Loren married Kenn Wolf, who continues to run the business alongside his son, Matthew. Henry Frerk Sons expanded in 1982 to include specialty concrete products. 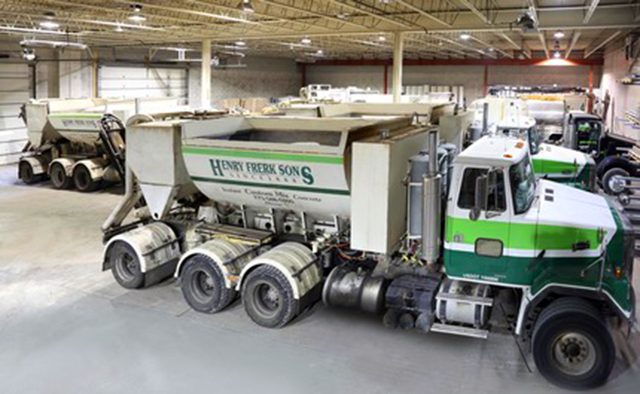