Legal Alcohol During the Prohibition Years in Illinois and the Country.

Prohibition began on January 16, 1920, when the Eighteenth Amendment went into effect. Most people think that Prohibition meant there was no legal alcohol. There were lots of exceptions. And those exceptions were quickly abused. 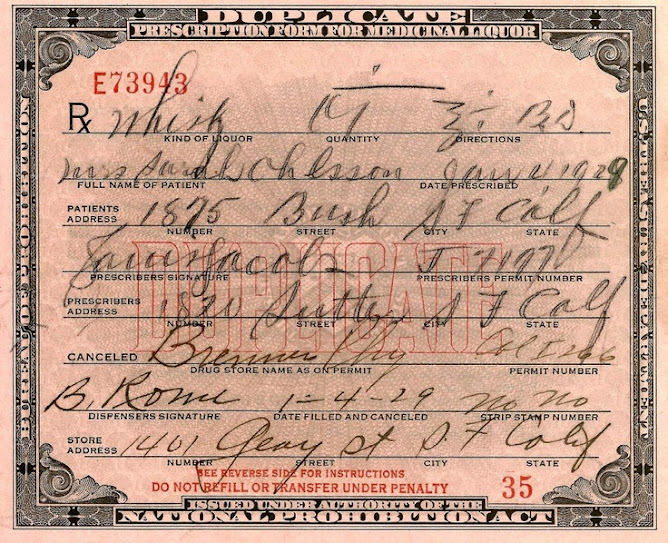 For example:
1. Churches and synagogues could buy and serve sacramental wine at Communion or with a certification from a Rabbi. Suddenly, a lot more wine was being purchased by religious organizations. The number of Rabbis also increased dramatically. 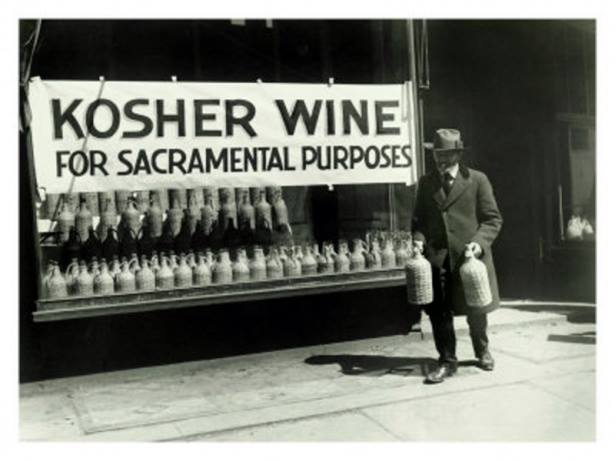 2. Hospitals could order alcohol for cleaning purposes. The hospitals that used to order rubbing alcohol by the quart now ordered it by the boxcar. (Note: there was a way to chemically change rubbing alcohol into drinking alcohol.)

3. Patent medicine had always had a large percentage of alcohol. That percentage grew larger. And physicians were prescribing a lot more medicine. Sometimes doctors got a couple dollars kickback for every prescription they wrote for a certain liquor.


Whiskey could be obtained by prescription from medical doctors. The labels clearly warned that it was strictly for medicinal purposes and any other uses were illegal. Still, doctors freely wrote prescriptions, and drug-stores filled them without question, so the number of "patients" increased dramatically.

4. The industrial use of alcohol was still legal. Many industries needed a lot more alcohol than they used to.

5. People could legally make hard cider, beer, or wine at home for home use only, so Pabst and Anheuser Busch sold malt extract and other products for home brewing. California grape growers sold wine grapes, which had never fetched more than $30 to $105 per ton. The price spiked for a short time in 1924 to $375 ($6,115 today) per ton!

5a. Vine-Glo was a grape concentrate brick product (aka wine brick) sold in the United States during Prohibition by Fruit Industries Ltd, from 1929. It was sold as a grape concentrate to make grape juice but the packaging included a specific warning that told people how 'not' to make wine from from the brick. Watch the video below.

6. People could still drink any alcohol they had leftover from pre-prohibition days. Knowing that many individuals and private clubs stocked many years' worth of alcohol in anticipation.

7. Alcohol was legal on ships that were outside the 3-mile limit. Needless to say, this technicality was exploited by everyone, including the State-owned shipping line.