The Fair Store was a discount department store founded in 1874 in Chicago, Illinois. 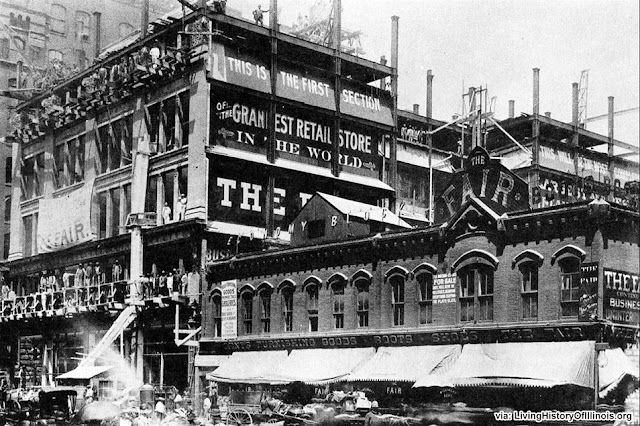 Founder Ernst J. Lehmann decided on the name "The Fair Store" as he felt "the store was like a fair because it offered many different things for sale at a low price." Lehmann bought and sold goods on a cash-only basis; he offered odd prices (i.e., prices not in multiples of five cents) to save customers a few pennies on every purchase. The flagship store was moved to the corner of State and Adams Streets in 1875; a modern twelve-story building would be completed on that site in 1897 and contained 286,000 square feet of floor space. 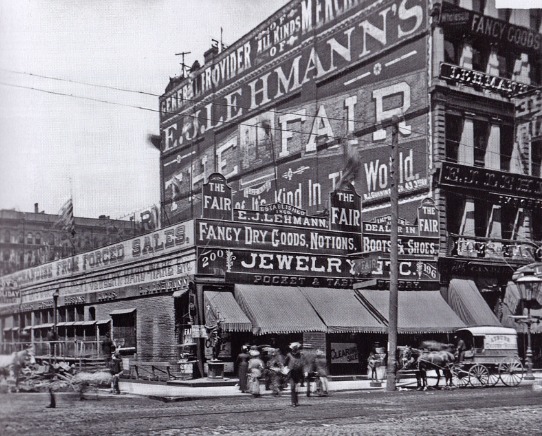 Promoting itself with the motto "everything for everybody under one roof," the Fair was now one of the largest retailers in the city. Offering a wide range of goods at low prices, the store offered services such as complimentary gift wrapping, delivery, and an on-site nursery. In 1900, when annual sales were about $8 million, the store had nearly 3,800 workers; by the 1910s, floor space reached almost 800,000 square feet. The Fair had 5,500 workers, making it one of the largest employers in the city.
The Fair Store promoted itself as a "fairly priced" Department Store. A real value for the working class.
In 1915, a booklet published by the store stated, "The Fair has kept pace with the advancement of standard of living. It is still, as it always has been and undoubtedly always will be, the store of the people, the down-town shopping center for the Savers, the market place for the Thrifty."
sidebar 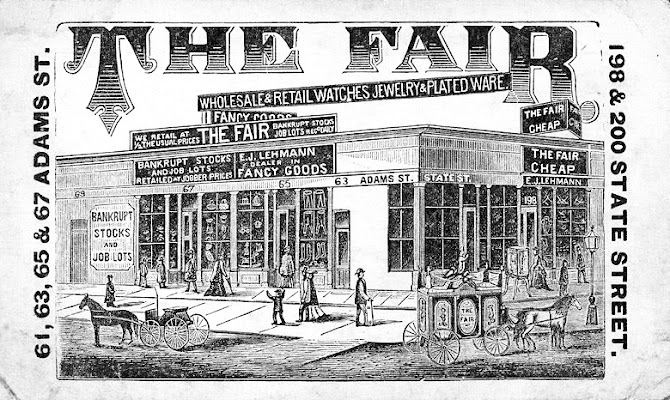 In 1925  the Fair was purchased by S. S. Kresge & Co., the Detroit-based dime store chain (which would eventually become Kmart). Under its management, branches were opened on Milwaukee Avenue (1929), in Oak Park, Illinois (1929), at the Evergreen Plaza Shopping Center in Evergreen Park, Illinois (1952), and at the Old Orchard Shopping Center in Skokie, Illinois (1956).
In 1957, Montgomery Ward purchased the Fair Store's State Street flagship location, as well as the Oak Park, Evergreen Plaza, and Old Orchard locations, from the Kresge syndicate in a bid to expand its Chicago operations. 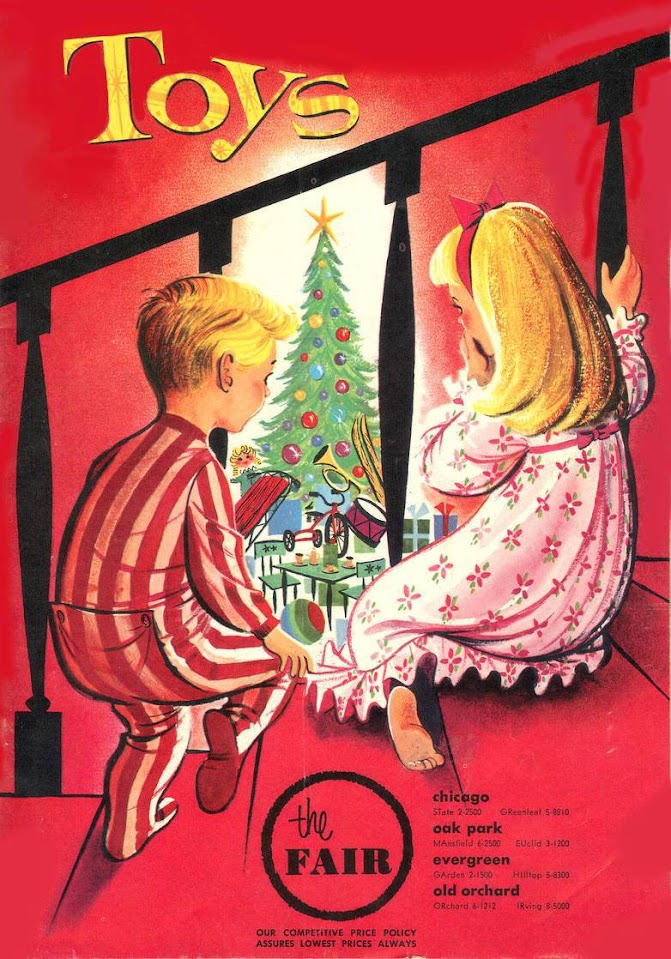 Unlike many other retailers, Montgomery Ward had yet to join in constructing branch stores immediately following World War II. Initially, these stores retained the Fair nameplate, and one more Fair Store would open at Randhurst Mall in Mount Prospect, Illinois (1962).
However, the Randhurst store would be the first to convert to the Montgomery Ward nameplate in August 1963; the other locations would convert to the parent company's nameplate in 1964.


The flagship building on State Street was closed and demolished in 1984; though a new building was planned for valuable real estate, none was built until 2001.