The History of the Hyperbolic Paraboloid Edens Theater in Northbrook, Illinois. (1963-1994)

This futuristic-looking classic 60s-era movie house was a long-time landmark in suburban Northbrook, visible along the Edens Expressway (for which the theater was named) and Lake-Cook Road, both of which ran past the Edens. It was designed by the Chicago-based firm Perkins and Will. 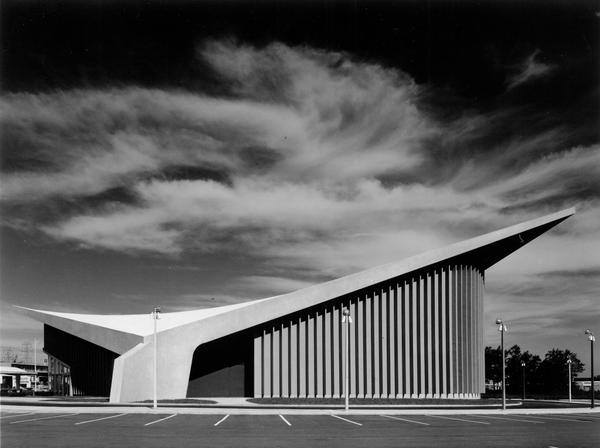 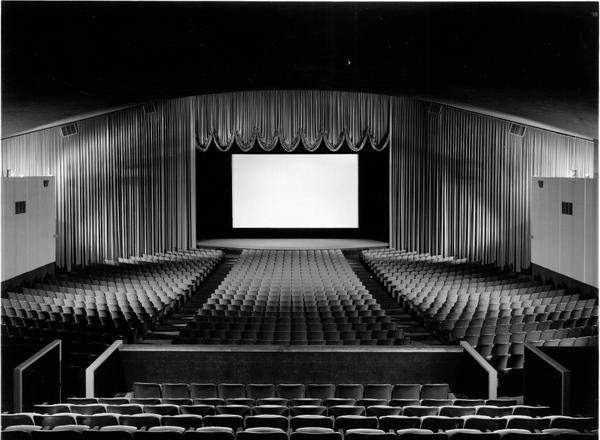 Built in 1963 and opening with "Divorce Italian Style," the large Edens was inside a traditional movie theater, with a giant screen, with red curtains and a small stage area. The original color scheme was gold and off-white, with teak paneling. However, the Edens' exterior was its real stunner, looking like something from a 1950s sci-fi movie. It was called the largest "hyperbolic paraboloid" building ever constructed when it opened. 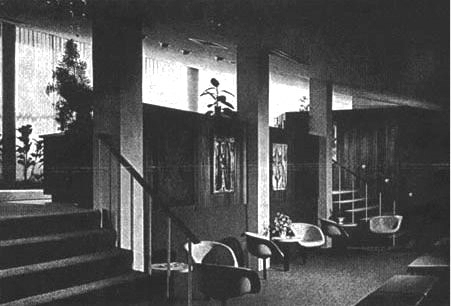 The theater's concrete roof curved sharply upwards on either end, rising dramatically skyward at each point. Its corrugated concrete walls were broken up by long, undulating swaths of glass along the entrance areas. The sunken main lobby was reached by stairs and featured ultra-modern "living room" furniture and artwork. 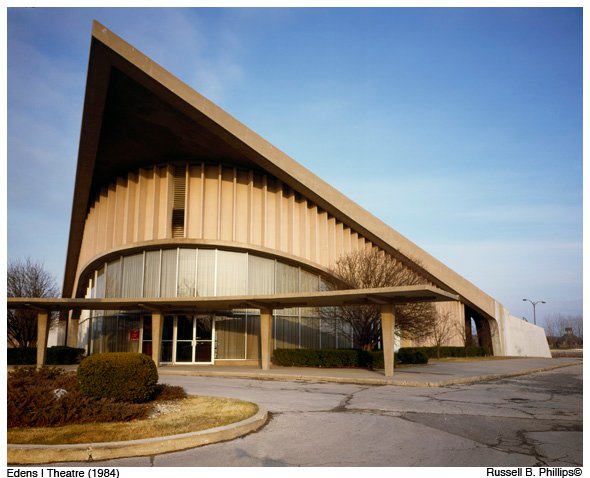 In 1969, a slightly smaller (and far more ordinary-looking) second auditorium was built adjacent to the original theater. The theaters were renamed the Edens I & II. 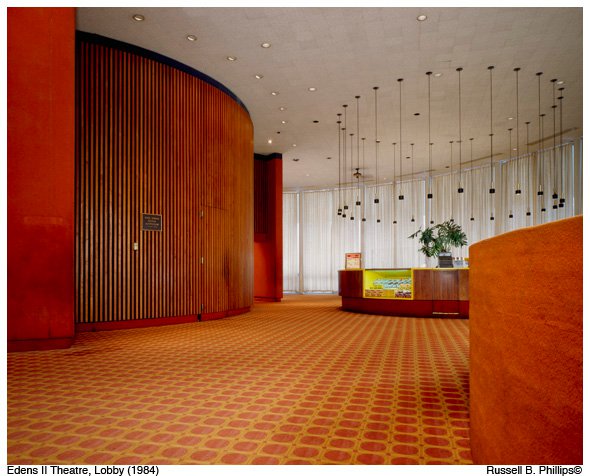 The once enormously popular Edens was shuttered by its last operator, Cineplex Odeon, in 1994, stating that the cost of refurbishing the aging twin was too prohibitive. The theater lacked a state-of-the-art sound and projection system and was razed by the end of 1994.


When Star Wars was released on Wednesday, May 25, 1977 half of the people waiting in line were disappointed that the movie was sold out and they were turned away. A friend and I waited over 2 hours that Saturday, the 27th, to get in to see Star Wars. We got in... and great seats, smack-dab in the middle of the theater too.