Too many American and Illinois families were affected by the Holocaust. May God rest their souls.
The Illinois Holocaust Museum & Education Center in Skokie, Illinois, is dedicated to preserving the legacy of the Holocaust by honoring the memories of those who were lost and by teaching universal lessons that combat hatred, prejudice, and indifference. The museum fulfills its mission through the exhibition, preservation, and interpretation of its collections and through education programs and initiatives that promote human rights and the elimination of genocide.

When neo-Nazis threatened to march in Skokie in the late 1970s, Holocaust survivors worldwide were shocked. They realized that they could no longer remain silent despite their desire to leave the past behind. In the wake of these attempted marches, Chicago-area survivors joined together to form the Holocaust Memorial Foundation of Illinois. They purchased a small Skokie storefront and made it available to the public, especially to schoolchildren, focusing on combating hate with education.
The 65,000 square-foot Illinois Holocaust Museum and Education Center that opened on April 19, 2009, is a culmination of 30 years of hard work by the local Holocaust survivor community. According to President Emeritus Sam Harris said, “We dreamt of creating a place that would not only serve as a memorial to our families that perished and the millions lost but also where young minds could learn the terrible dangers of prejudice and hatred.”
To ensure that young minds continue to learn these lessons, the organization successfully secured the 1990 passage of the Holocaust Education Mandate, making Illinois the first state to require Holocaust education in public schools. In 2005, the organization again expanded this mandate; the Holocaust and Genocide Education Mandate now requires Illinois schools to teach about all genocides.
The Illinois Holocaust Museum not only honors the memory of the millions who were murdered during the Holocaust, but it also salutes the courage and resilience of the survivors. They are the people who rebuilt their lives and awoke the conscience of humanity so that none of us may ever forget. For them, the Illinois Holocaust Museum and Education Center carry out their founding principle: Remember the Past, Transform the Future. 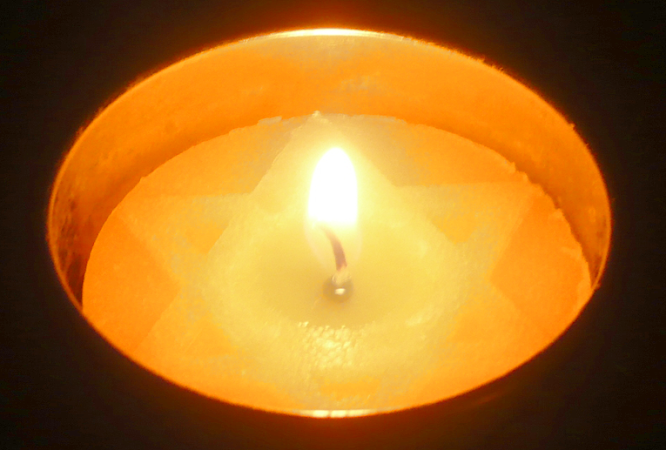 El Malei Rachamim (“God full of compassion”) is a prayer for the departed that asks for comfort and everlasting care of the deceased. It is recited at funeral services, but different versions exist for different moments. The version of the Shoah (Holocaust) can be found in the Reform prayer book, Mishkan T’filah. Listen to the liturgy, which is translated here:

To our six million brothers and sisters

murdered because they were Jews,

grant clear and certain rest with You

in the lofty heights of the sacred and pure

whose brightness shines like the very glow of heaven.

Forever enfold them in the embrace of Your wings;

secure their souls in eternity.

Adonai: they are Yours.

They will rest in peace.