Since the history of the Boy Scouts is well known and documented, it is not appropriate to repeat it in this more localized history except as a backdrop or as a scene-setting for what happened in the suburban area north of Chicago.
By 1908 the "Hero of Mafeking" (1900) had become a hero to boys in England who were devouring his little book "Scouting for Boys" based on his experience as a British military officer and his concern for the character development of British youth.
Borrowing heavily from various youth movements in England then, Robert Baden Powell published his book in serial form. It was being taken seriously throughout the British Empire and beginning to be noticed in the United States. Independent "Boy Scout" units were formed based on the book's content.
The following year, 1909, a Chicago area publisher, William Boyce, was introduced to the Boy Scout model while on a trip to England. He brought the idea back to the United States and legally incorporated the Boy Scouts of America (BSA) in February 1910 in the nation's capital, Washington, D.C.
That same year, Baden Powell, now a Lieutenant General and peer of the realm, retired from the Army and began to concentrate his time and efforts on the Boy Scout movement full time.
In May 1910, the well-known and politically connected publisher, William Randolph Hearst, formed the more militaristic American Boy Scouts (ABS). He incorporated the organization in June in the State of New York. Thus ABS became a serious rival to the BSA, and they began to compete for membership and support nationwide. Wherever Hearst had a newspaper, including Chicago (The Examiner & American), there was an ABS office. Before the year was out, Hearst had resigned from the presidency of ABS in a dispute over financing and the use of his name. ABS continued under various names until around 1920. 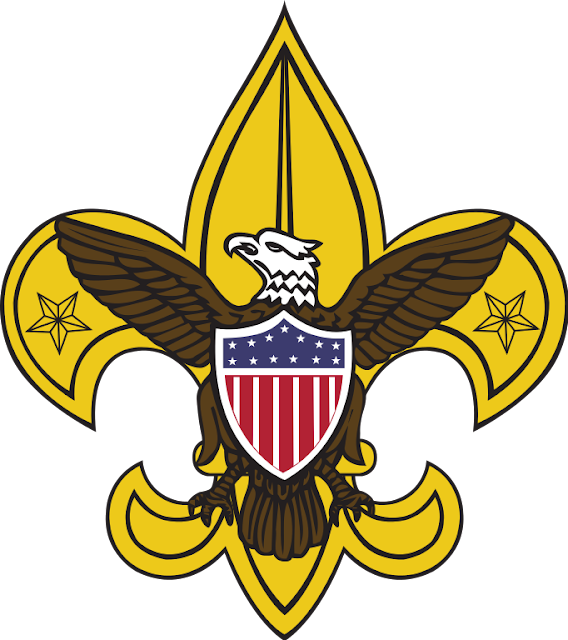 Q – “How do I produce a troop of scouts who are a credit to their institution, parents, and scouting?”
A – “Through a well-planned program with plenty of outdoor activities and at least two weeks at summer camp.”

[1] A contest was held in 1928 to name the new Camp. Scouts were to submit their suggestions. As of October 25 that year, "Nor-Sho-Boy" and Ma-Ka-Ja-Wan each had equal votes. By November 15, Ma-Ka-Ja-Wan (the Menominee name for Spring Lake) had won, with other contenders being "Camp White Eagle" and "Camp Tamarack."
[2] Wikipedia, the online encyclopedia, offers this informative commentary on early programs for younger boys: "As early as 1911, Ernest Thomson Seaton, the Chief Scout of the BSA, had developed a program for the Boy Scouts named Cub Scouts of America that was never implemented. Unofficial programs for younger boys started around this time, under names such as Junior Troops or Cadet Corps. Emerson Brooks, a Boy Scout Commissioner, started the Boy Rangers in 1913 and came to the BSA's attention (who encouraged it). The article also indicates that 'The BSA encouraged an unofficial Wolf Cub program in 1918.' The BSA finally began some experimental Cubbing units in 1928 and in 1930 began registering the first Cub Scout packs."
[3] Much of the material for this history of Cub Scouting on the North Shore comes from John L. Robiequet's excellent research paper entitled "Cubbing on the North Shore."
In 1948 Scouts in the Antioch area received the exciting news that C. K. Anderson, a local banker, had donated funds to build a new meeting for local Boy and Girl Scout troops. Another local banker, William Schroeder, donated the land. The "Scout House," looking like a log cabin, was started in June of that year by more than forty volunteers in a one-day "Raising Bee" to get the frame, walls, and roof in place. Volunteer work continued, and in September, the building was dedicated. It has been in continuous use ever since. In 2001 the building was relocated with the Schroeder family again helping with a $20,000 grant to install a new foundation, basement, and utilities.
[4] Schwechel had gained some notoriety as the Founder of a regional canoe base on an old Civilian Conservation Corps camp on White Sand Lake, according to the "Lakeland Times" of Minocqua, Wisconsin.
Presented by Dr. Neil Gale, Ph.D. at 4/30/2021 10:26:00 PM