A downtown Chicago museum no one seems to know about, and, you can just walk-in!

The Chicago Cultural Center at 78 East Washington Street opened in 1897 as Chicago's first central public library.
The building is a Chicago Landmark that houses the city's official reception venue where the Mayor of Chicago has welcomed Presidents and royalty, diplomats and community leaders. It is located in the Loop, across Michigan Avenue from Millennium Park. It was converted in 1977 to an arts and culture center at the instigation of Commissioner of Cultural Affairs Lois Weisberg. 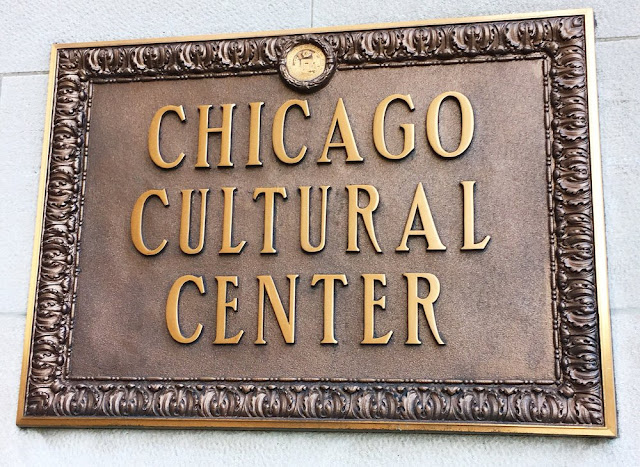 The city's central library is now housed across the Loop in the spacious, post-modernist Harold Washington Library Center at 400 South State Street which opened in 1991.
As the nation's first free municipal cultural center, the Chicago Cultural Center is considered one of the most comprehensive arts showcases in the United States. Each year, the Chicago Cultural Center features more than 1,000 programs and exhibitions covering a wide range of the performing, visual and literary arts. It also serves as headquarters for the Chicago Children's Choir. 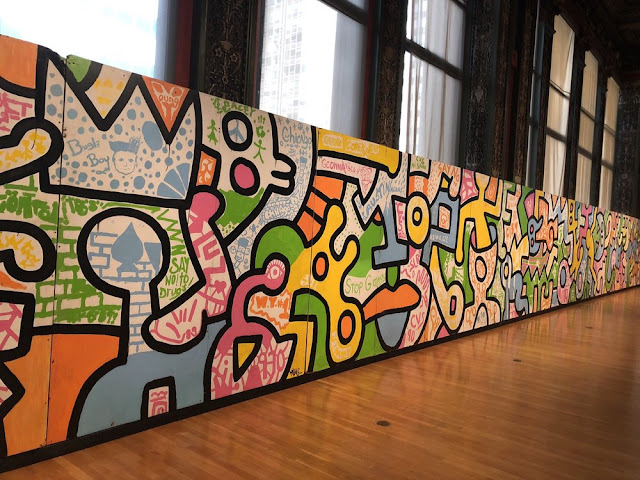 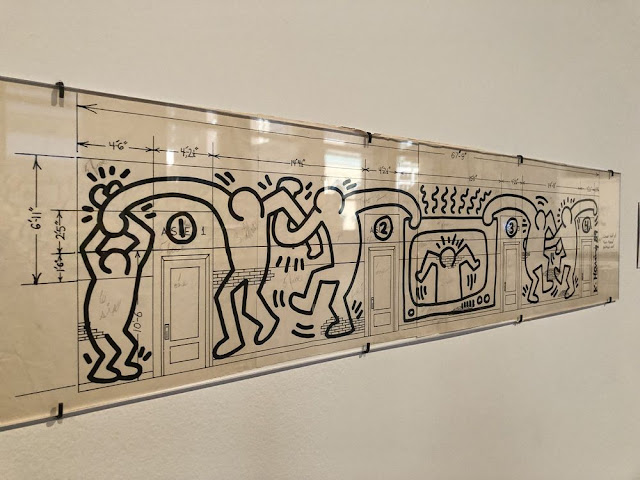 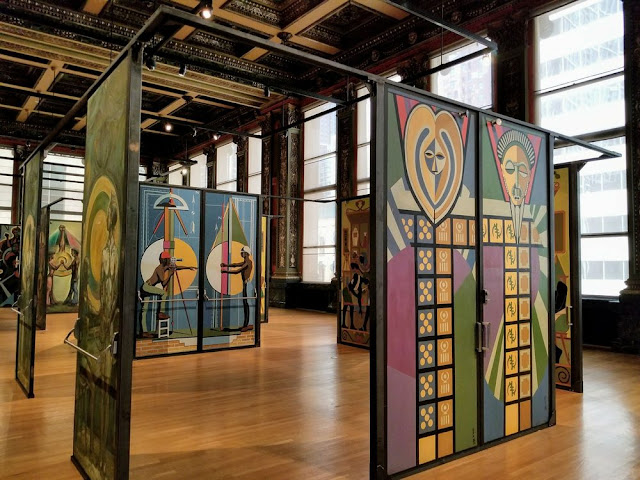 The stunning landmark building is home to two magnificent stained-glass domes, as well as free music, dance and theater events, films, lectures, art exhibitions and family events. Completed in 1897 as Chicago’s central public library, the building was designed to impress and to prove that Chicago had grown into a sophisticated metropolis. The country’s top architects and craftsmen used the most sumptuous materials, such as rare imported marbles, polished brass, fine hardwoods, and mosaics of Favrile glass, mother-of-pearl and colored stone, to create an architectural showplace. 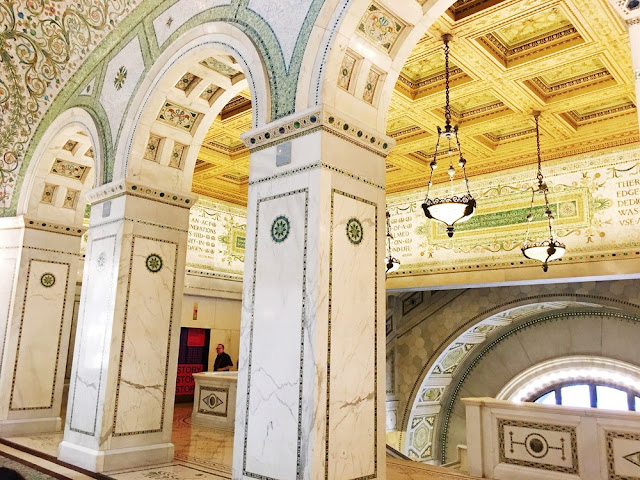 Located on the south side of the building, the world’s largest stained glass Tiffany dome ― 38 feet in diameter with some 30,000 pieces of glass ― was restored to its original splendor in 2008. 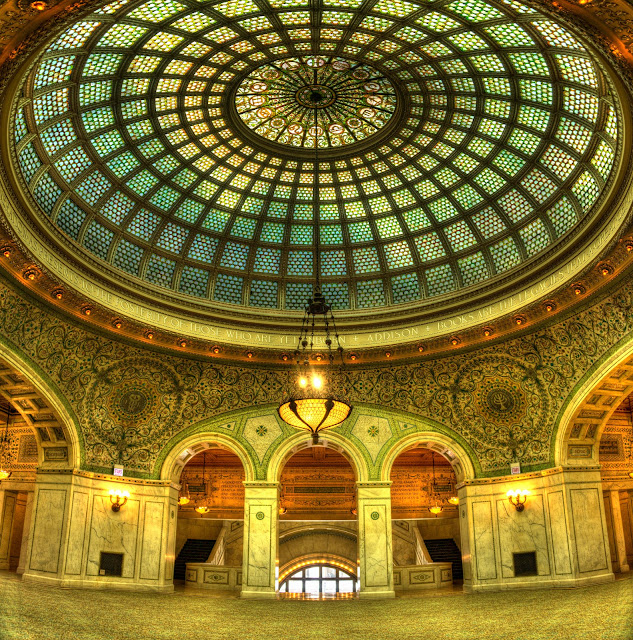 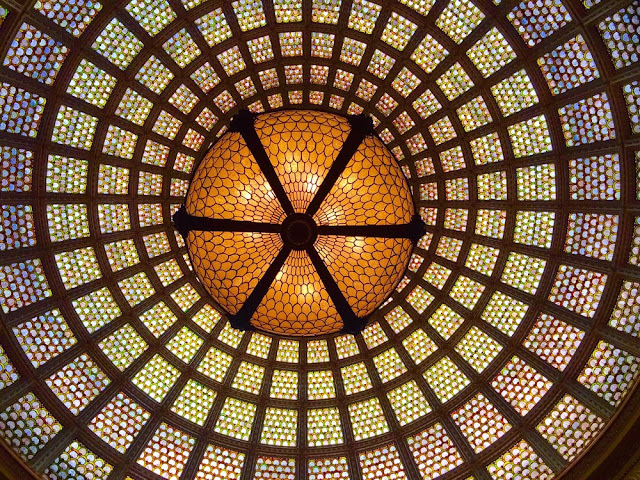 On the northside of the building is a 40-foot-diameter dome with some 50,000 pieces of glass in an intricate Renaissance pattern, designed by Healy & Millet. 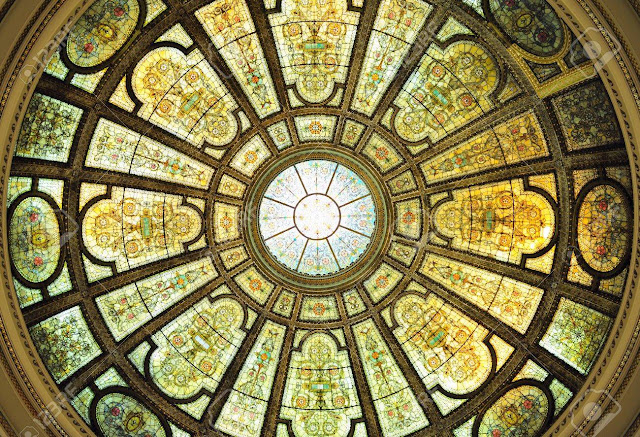 FURTHER READING: The History of the Main Chicago Public Library. 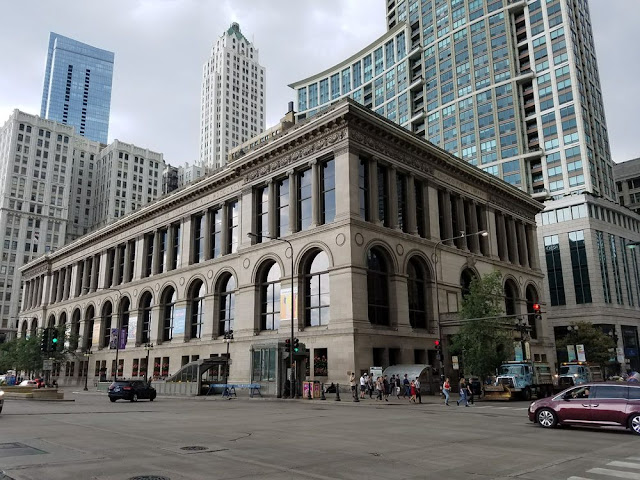 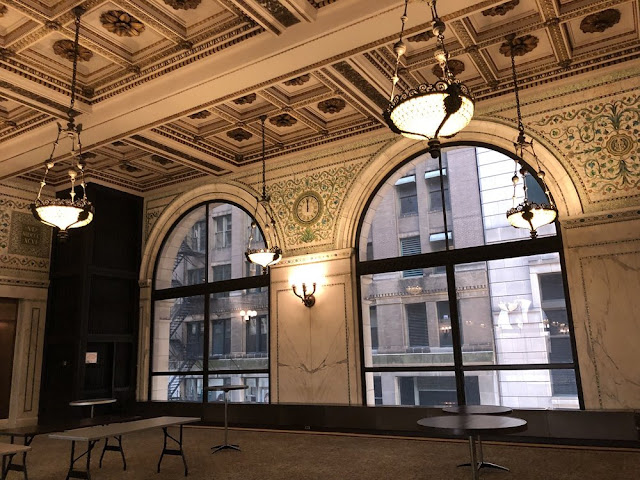 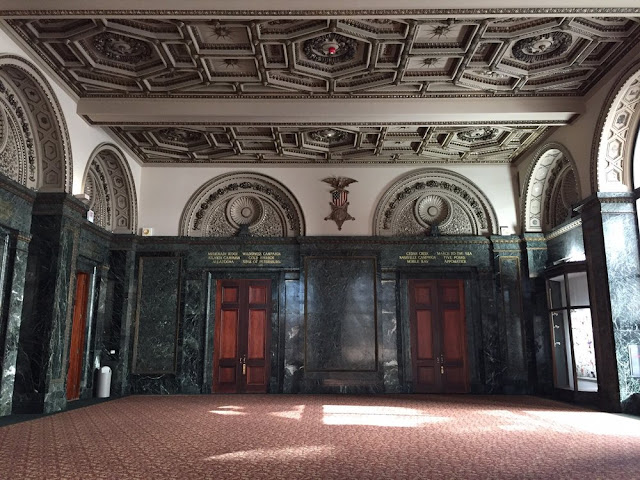 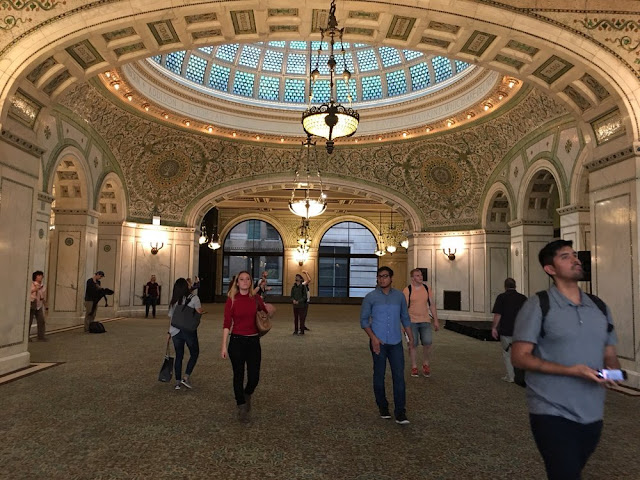 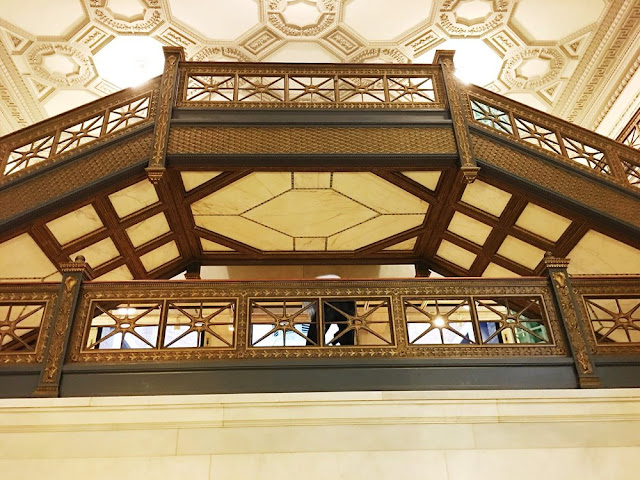 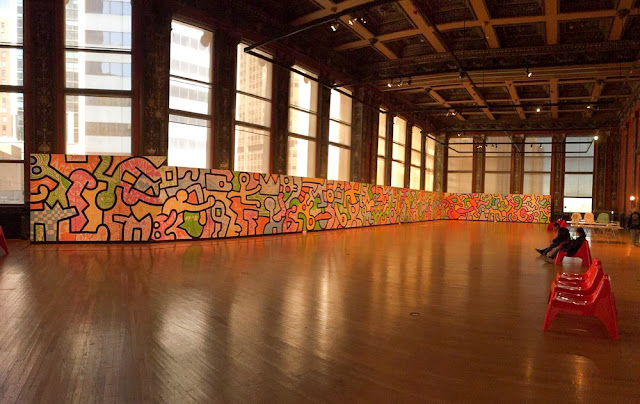 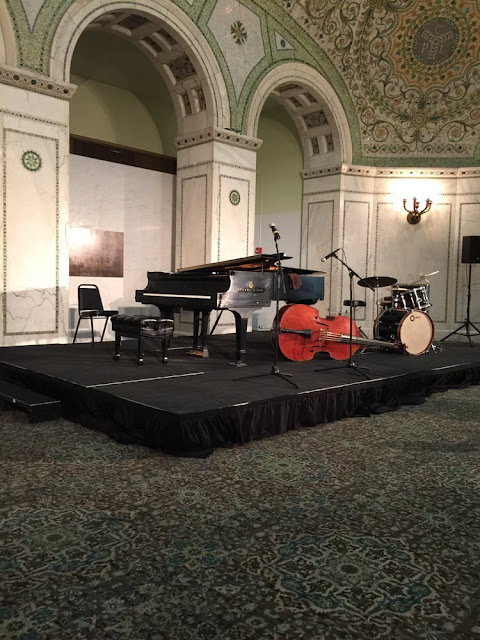 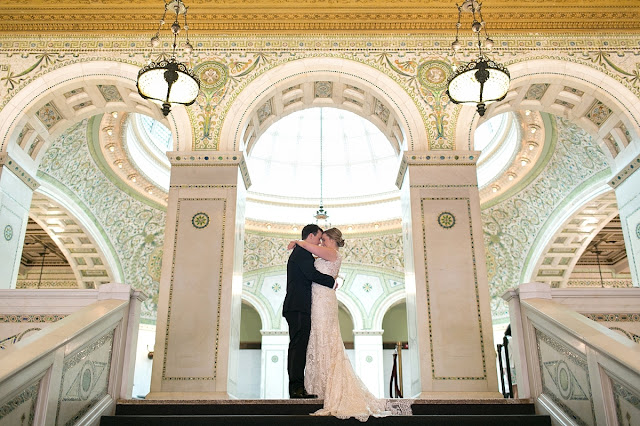 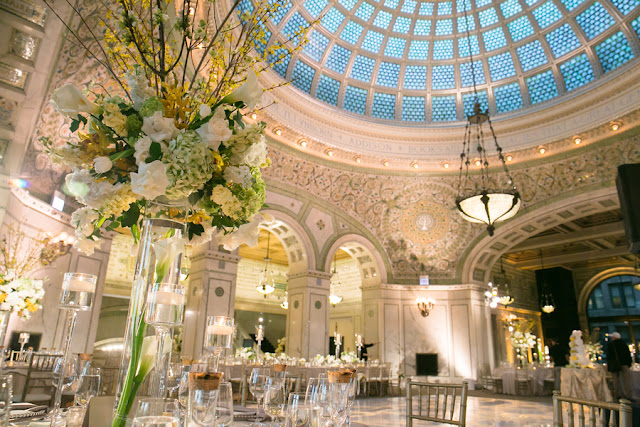 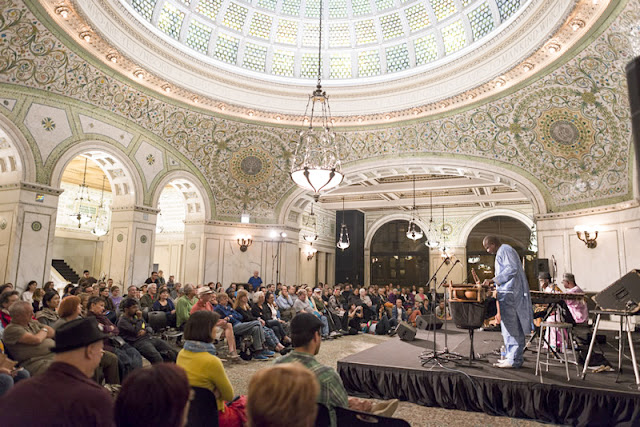 On a personal note:

In the late 1960s I visited the Main Chicago Library to complete a grammar school assignment. For those who remember, there were two hallways running north-south from entrance to entrance. In those hallways were displays of cultural arts; sometimes paintings, sometimes display cabinets lined both hallways with collections of "stuff." I was lucky enough to be there during the exhibit of Cracker Jack (1896) toys thru time. I was a vast collection, over 2,000 toys, and took all the cabinets in both long hallways.
Cracker Jack originally included a small "mystery" novelty item referred to as a "Toy Surprise" in each box. The tagline for Cracker Jack was originally "Candy-coated popcorn, peanuts and a prize." Prizes were included in every box of Cracker Jack beginning in 1912. Early "toy surprises" included rings, plastic figurines, booklets, stickers, temporary tattoos, and decoder rings.
The prizes attained pop-culture status with the catch-phrase "came in a Cracker Jack box," particularly when applied sarcastically to engagement and wedding rings of dubious investment value.
Presented by Dr. Neil Gale, Ph.D. at 12:06 PM