Clyde Tombaugh from Streator, Illinois, discovered that Pluto was a planet.

Clyde William Tombaugh was born in Streator, Illinois, on February 4, 1906. His family purchased a farm near Burdett, Kansas, while he was still young, where a hailstorm ruined his family's crops and put an end to his hopes to attend college at the time. 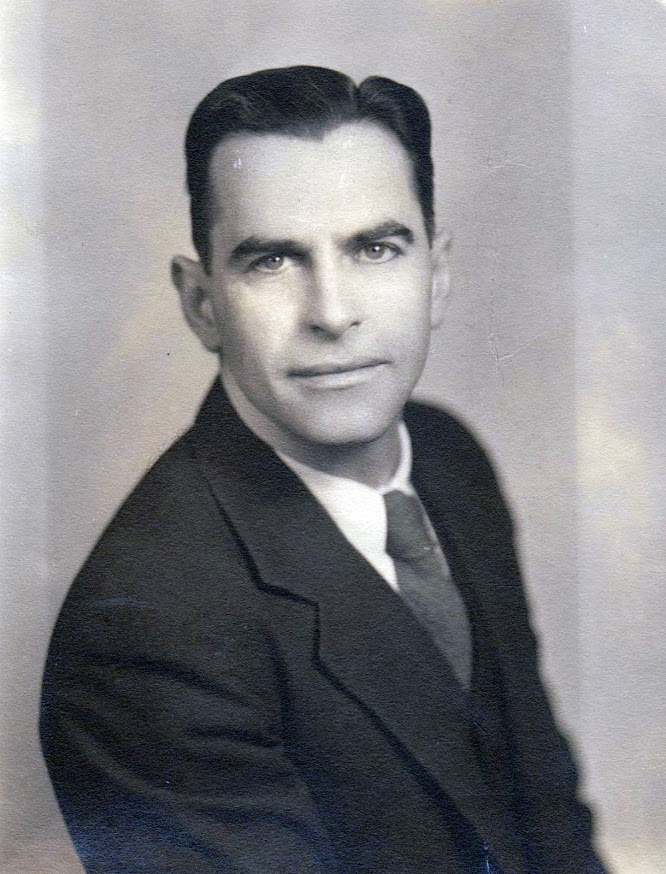 Unimpressed with store-bought telescopes, Tombaugh constructed his first telescope at 20, grinding the mirrors himself. Throughout his life, he built more than 30 telescopes.
In 1928, he put together a 23-centimeter (9-inch) reflector telescope from the crankshaft of a 1910 Buick and parts salvaged from a cream separating machine. Using this telescope, young Clyde made detailed observations of Jupiter and Mars, which he sent to Lowell Observatory to garner feedback from professional astronomers. 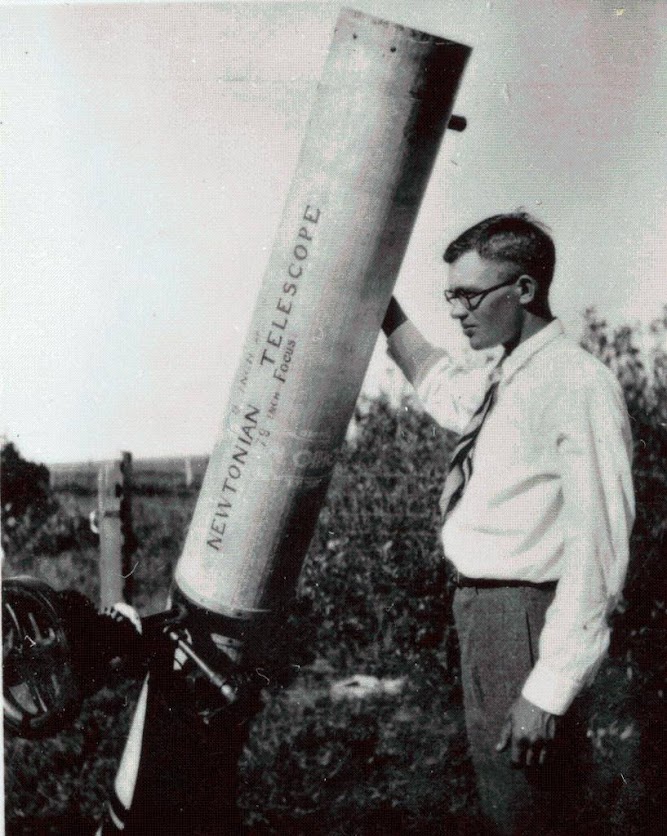 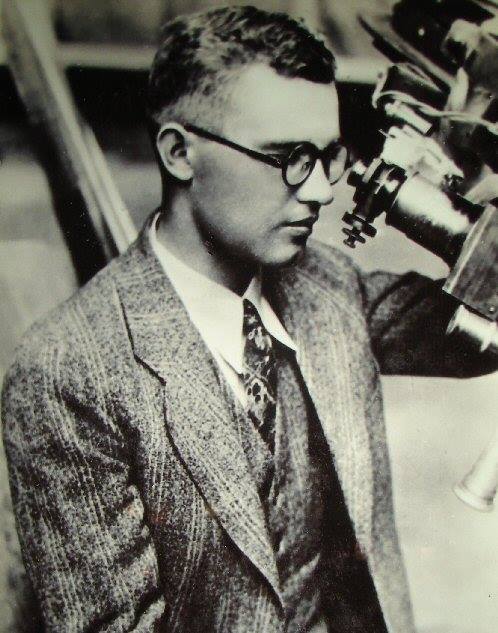 Instead of receiving constructive criticism, Tombaugh was offered a position at the observatory. The staff had been searching for an amateur astronomer to operate their new photographic telescope in search of, among other things, the mysterious Planet X. 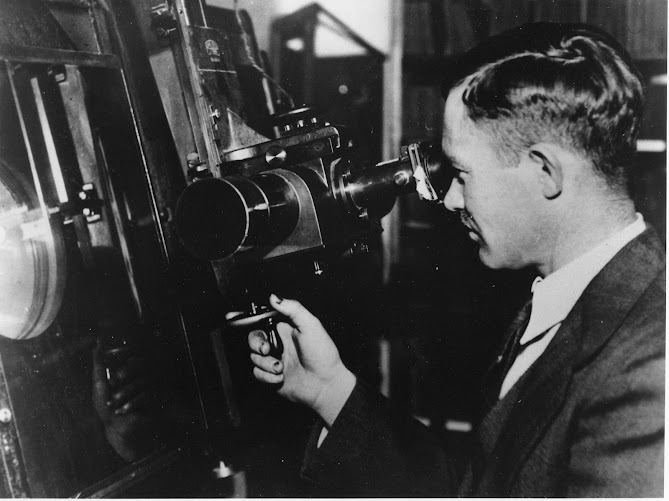 Only a short time after its discovery in 1781, astronomer William Herschel declared it was initially either a comet or a star. The new planet, Uranus (no jokes, please), was found to have strange movements that could only be attributed to another celestial body. Neptune's discovery in 1846 somewhat accounted for the orbit, but there were still discrepancies that led scientists to conclude yet another planet existed. In 1894, businessman Percival Lowell built Lowell Observatory to study Mars. In 1905, he turned the telescope to search for the elusive Planet X, though he died before the new planet was found.

When Tombaugh was hired in 1929, he joined the search for the missing planet. The telescope at the observatory was equipped with a camera that would take two sky photographs on different days. A device known as a blink compactor rapidly flipped back and forth between the two photographs. Stars and galaxies remained unmoving in the images, but anything closer could be visually identified by its motion across the sky. Tombaugh spent approximately a week studying each pair of photographs, which contained over 150,000 stars and sometimes nearly a million.
On February 18, 1930, Tombaugh noticed movement across the field of a pair of images taken a month beforehand. After studying the object to confirm it, the staff of Lowell Observatory officially announced the discovery of a ninth planet on March 13, 1930. 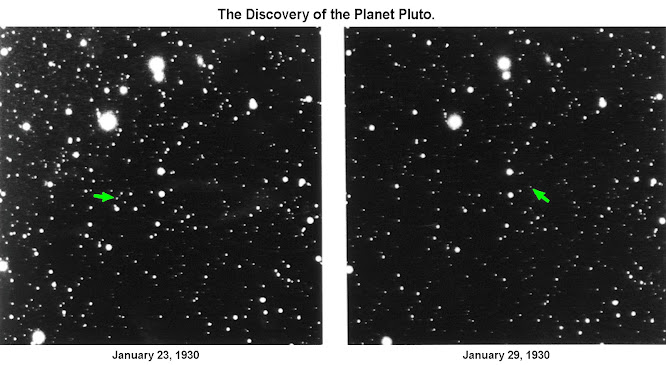 With the discovery came the right to name the new body, so the staff opened a worldwide call for suggestions. Eleven-year-old Venetia Burney of England suggested the name Pluto because the dark, distant planet resembled the abode of the Greek god of the underworld.
In 1934, he married Patricia Edson, and they had two children, Annette and Alden. He earned his bachelor's and master's degree in astronomy from the University of Kansas, working at the observatory during the summers.
Tombaugh remained at Lowell Observatory until the advent of World War II when he was called into service teaching navigation to the U.S. Navy at Arizona State College. After the war concluded, he worked at the ballistics research laboratory at White Sands Missile Range in New Mexico. Tombaugh received the "Pioneers of White Sands Missile Range" medal. From 1955 until he retired in 1973, he taught at New Mexico State University. 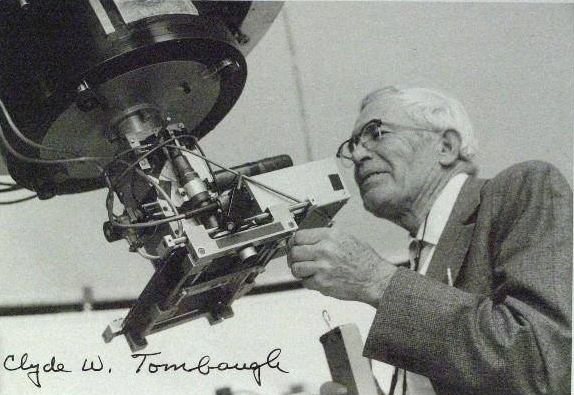 Pluto endured as a planet for more than 70 years. As astronomical instruments became increasingly precise, other similar-sized objects were found beyond the orbit of Neptune. In 2006, almost a decade after Tombaugh's death, the International Astronomical Union reclassified Pluto as a dwarf planet.
The New Horizons mission to Pluto launched on January 19, 2006, and carries some of Tombaugh's ashes on board as it travels to Pluto. New Horizons performed a flyby of the Pluto system on July 14, 2015.
NASA's 'New Horizons' Mission to Pluto and a Puzzling Discovery.
[runtime: 19:38]
Although most famous for discovering the most controversial body in the solar system, Tombaugh also found a comet, hundreds of asteroids, and several galactic star clusters throughout his career. 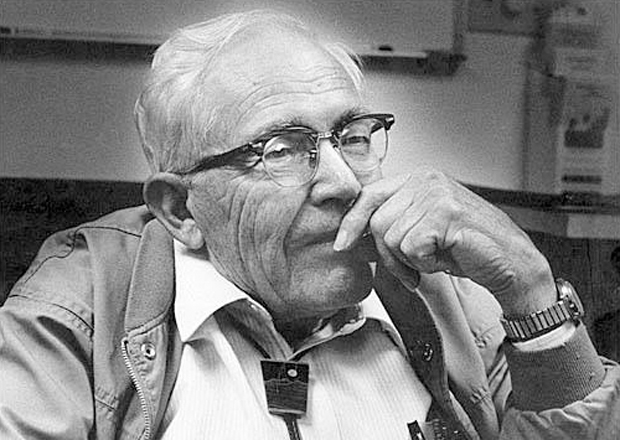