Sidney Wanzer (1834-1906) was the son of Nicholas and Betsey (Hill) Wanzer. Sidney and his parents followed his oldest brother Moses to Dundee Township in Kane County, Illinois, about 1840. He married Jane Bradley, the daughter of William S. Bradley from Fairfield, Vermont, on October 22, 1857, in Elgin, Illinois. 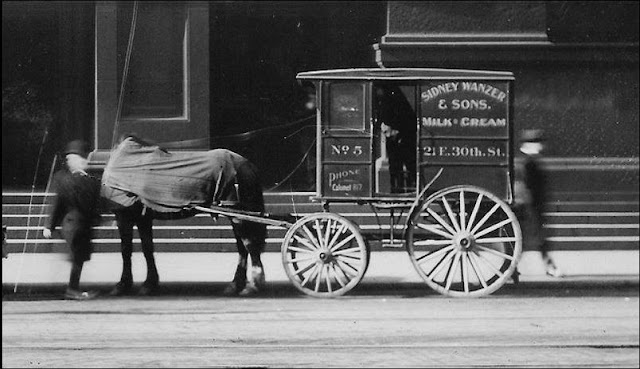 Sidney began hauling his 'country-fresh' milk from the farms in the Elgin and Dundee areas to Chicago in 1857. He later partnered with his brother to form the Wanzer Dairy in Chicago. 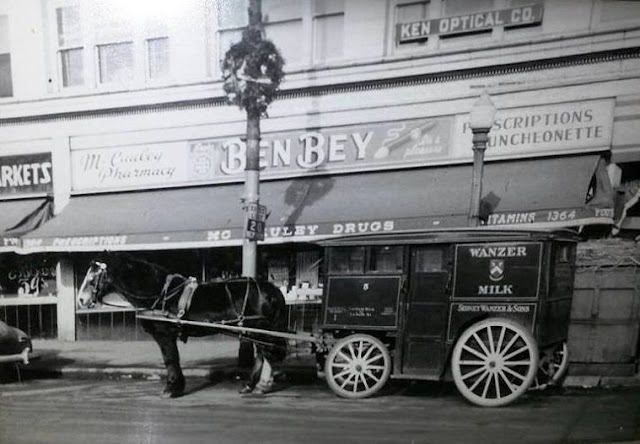 They pioneered the use of glass milk bottles, scientific testing to determine the butterfat content of milk, mechanical refrigeration for milk storage, and applied the pasteurization process invented by Louis Pasteur to kill bacteria in milk. 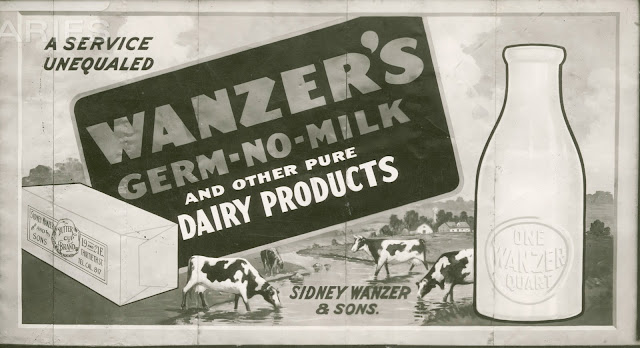 Sidney Wanzer & Sons' main plant was at Garfield Boulevard (55th Street) at the Dan Ryan Expressway in Chicago and two other southside plants. Wanzer also had a north-side distribution center on Lawrence Avenue between Ravenswood and  Wolcott. 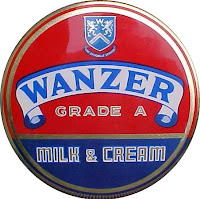 Carmelita Pope (a Broadway Theatre actress and a pioneer in early television) was a spokesperson for Wanzer Dairy's Television commercials. Pope would hold up a half-gallon carton of milk and say, "Wanzer on milk is like Sterling on silver." 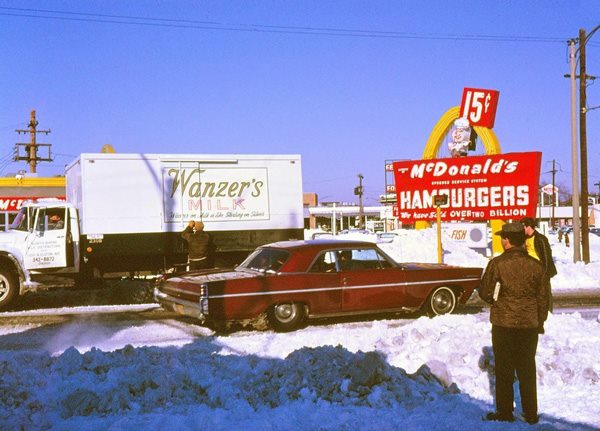 Northshore Milk Distribution Wanzer Truck after the blizzard of 1967.
Photo by Charles Chernawsky

Wanzer was sold to the Borden Dairy Company in the 1970s. In April 1999, Hawthorn Mellody Inc. tried to Trademark "Wanzer Dairy" but failed to complete the request. 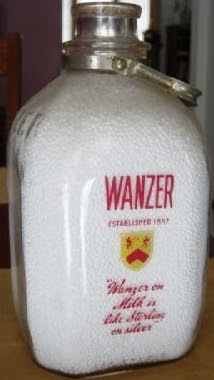 Ever wonder how milk dating began in Chicago, Illinois? We have Al Capone and older brother Ralph to thank.
INDEX TO MY ILLINOIS AND CHICAGO FOOD & RESTAURANT ARTICLES.