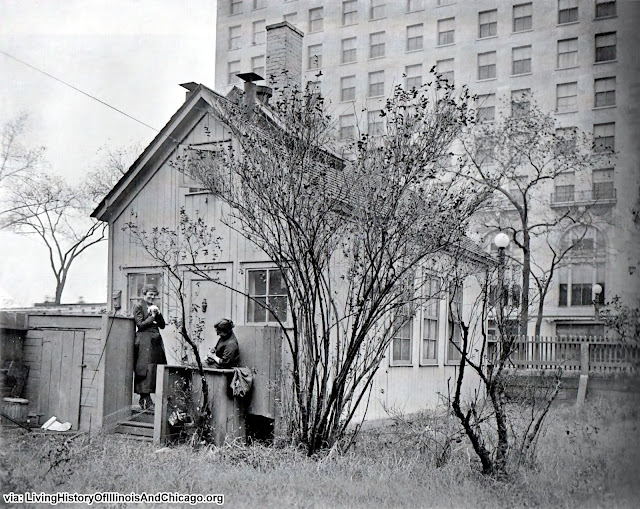 The "Duck", is a small house at Lake Shore Drive and Oak Street in Chicago. It was later called "the little sister" to the elegant Drake Hotel which is in the background of this 1921 photograph.
On the left, in the lake, you can see Municipal Pier (opened in 1916 then renamed Navy Pier in 1927 to honor navy veterans of World War I).


NOTE: Nicknamed the "Duck" house because a 'Drake' is a fully sexually mature adult male duck of any duck species.

Email ThisBlogThis!Share to TwitterShare to FacebookShare to Pinterest
Living History of Illinois and Chicago® Chicago, News Story, Photograph(s) Only