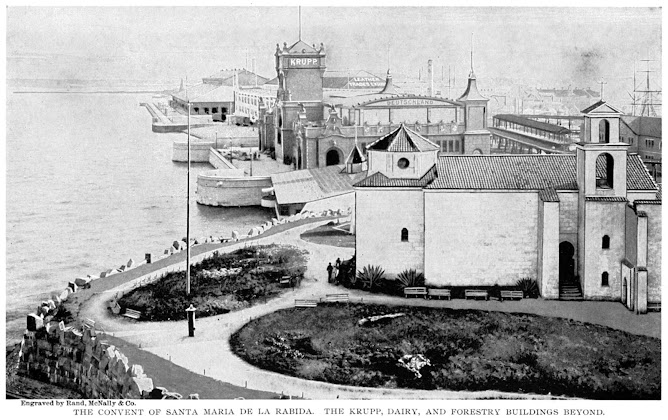 La Rabida Hospital on the south side of Chicago has it's origins in the Santa Maria de la Rabida Convent from the 1893 Chicago World's Columbian Exposition. The Convent of La Rabida is the last place Columbus set foot before he left dry land. Spain erected a full-scale replica of the convent for the fair. 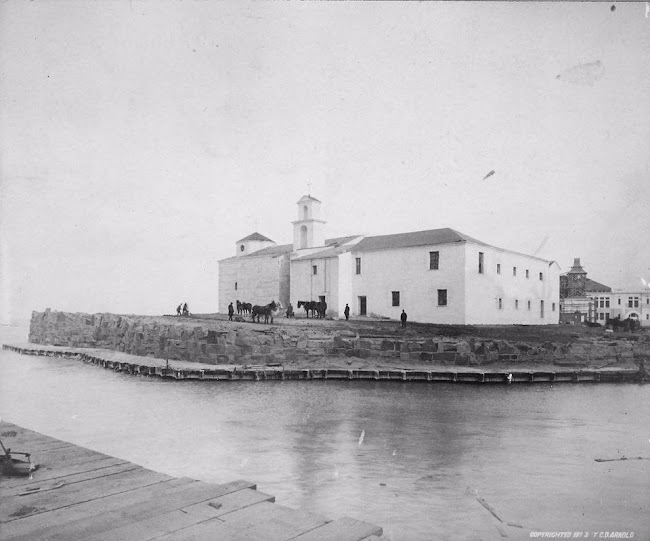 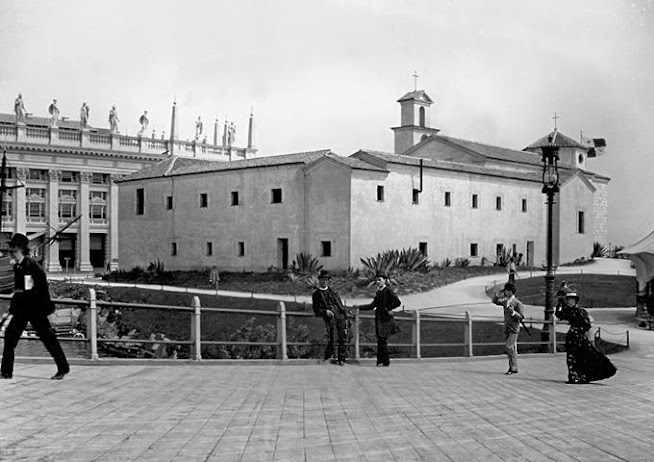 Inside the Convent are found some of the most valuable relics of the Exposition, comprising illustrations of the life history of Columbus, relics of the court of Ferdinand and Isabella, and of the early history of this convent in the time of Columbus, and many historical paintings. The Columbian relics, including a small vial of Columbus' remains, have been gathered from every quarter of the globe. 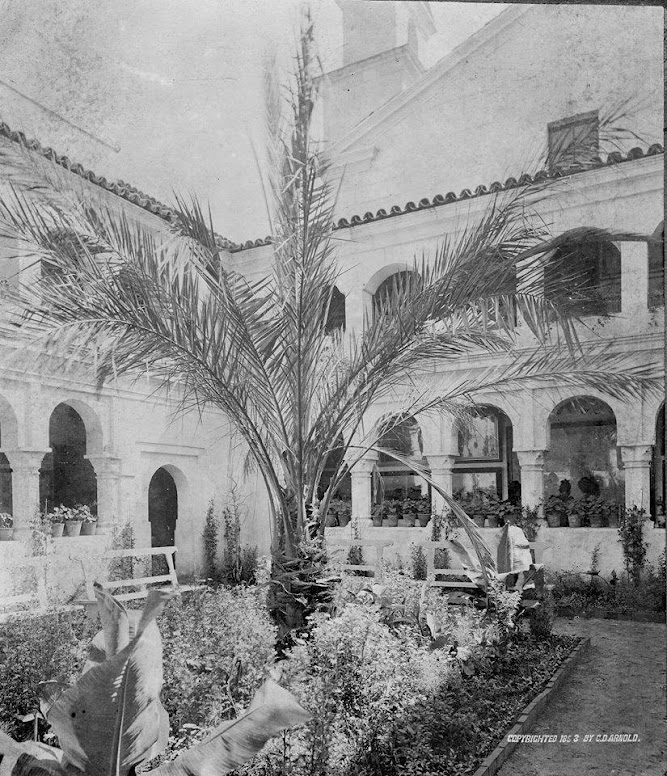 After the World's fair, Spain gifted the building to Chicago and it became known as La Rabida Sanitarium. They treated infants of the poor on Chicago's south side free of charge. Most of the babies were suffering from what was termed "milk poisoning" which was really just spoiled milk due to a lack of proper refrigeration. The building burned down in 1922. The La Rabida Children's Hospital still exists today and is expanding. Their mission is the same. Provide free medical service to those that need it. The stones that you see around the building are still there today as part of Jackson Park.
Compiled by Dr. Neil Gale, Ph.D.
Presented by Dr. Neil Gale, Ph.D. at 5/02/2022 05:14:00 PM