Locally referred to as The French Connection, the Sainte Genevieve - Modoc Ferry is a quick connection between Ste. Genevieve, Missouri and southern Illinois.
From Illinois, the ferry provides direct access to the shops, restaurants and historic sites of French Colonial Sainte Genevieve. From Ste. Genevieve, the ferry offers a quick route to Fort de Chartres, the Pierre Menard Home and Fort Kaskaskia State Historic Parks - as well as other interesting attractions in Southern Illinois.

The ferry also provides a direct route for area truckers, farmers and industries, and is the official crossing point for bicyclists enjoying the Great River Road or the Mississippi River Bicycle Trail. The ferry operates year-round, except when river conditions make ferry operation unsafe.

FERRY HISTORY
The ferry was owned by Ardell "Snap" Curratt in the 1940s. Snap was the proprietor of the old tavern in Modoc, which at that time was named "Snap 'n Jules." Jules was Snap's father-in-law. Snap later became the sheriff of Randolph County. The tavern was a local hot spot in the days of loose laws in the era of cars with running boards. 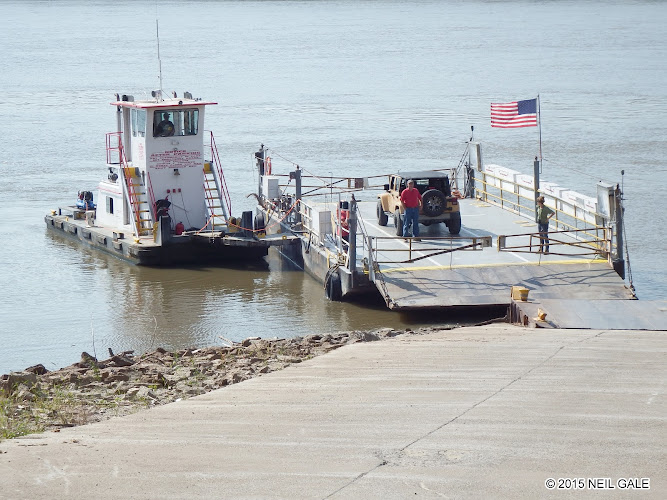 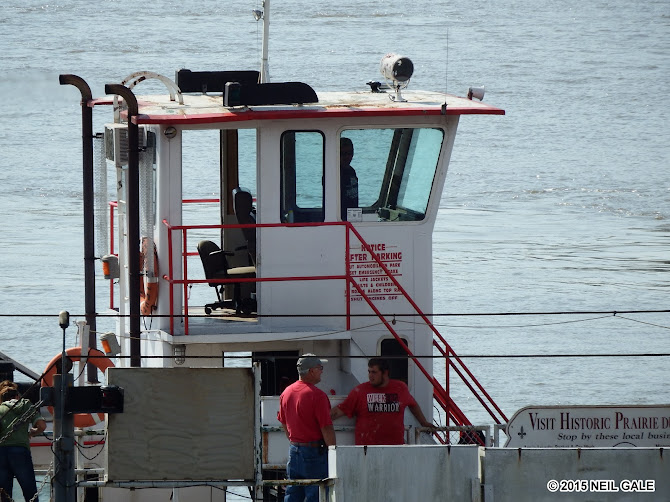 In the mid1960s, the ferry was owned by Orville Albert. He was a local man of French and Indian heritage, born and raised in Prairie du Rocher, Illinois,. His mother, Mary (Pelate) spoke only French until she entered school. Orville was a business owner with an earth-moving company. Randy Albert used to pilot the ferry to Ste. Genevieve on Sunday afternoons in the late 1960s, although he never was licensed as a riverboat pilot. Randy was a locally famous musician and one of the bands he formed was called "Modoc Ferry." He stole all the road signs leading to the ferry for the band. 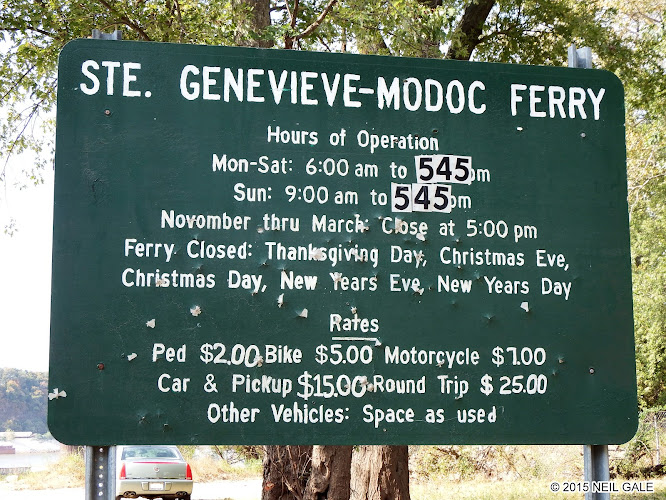 Orville used to tell the story of a former owner of the ferry, name untold, who took a car across the Mississippi on one late afternoon, the last trip to Missouri before docking for the night. A man and his wife stayed in the car once on the ferry. Halfway across the river the man started the car, crashed through the chains and both drowned at the bottom of the Mississippi, leaving seven orphans. A suicide note was later found declaring his intent because he had discovered his wife had been unfaithful.