The Famous Smoke-Ring Blowing Billboard on the North-East Corner of State and Randolph Streets in Chicago.

The famous Winston smoking billboard was on the north-east corner of State & Randolph streets in Chicago. Circa 1967. A billboard like this was featured in the movie "Take the Money and Run (1969)," where the smoke rings were blown directly into Woody Allen's apartment window. 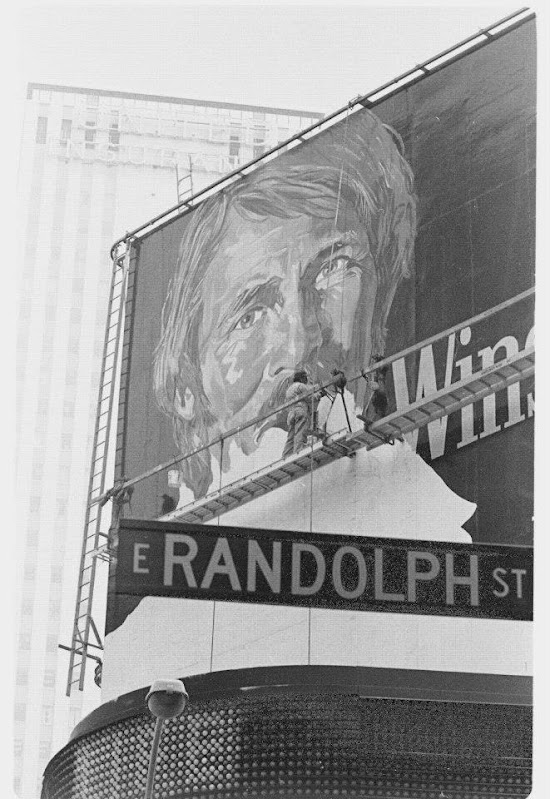 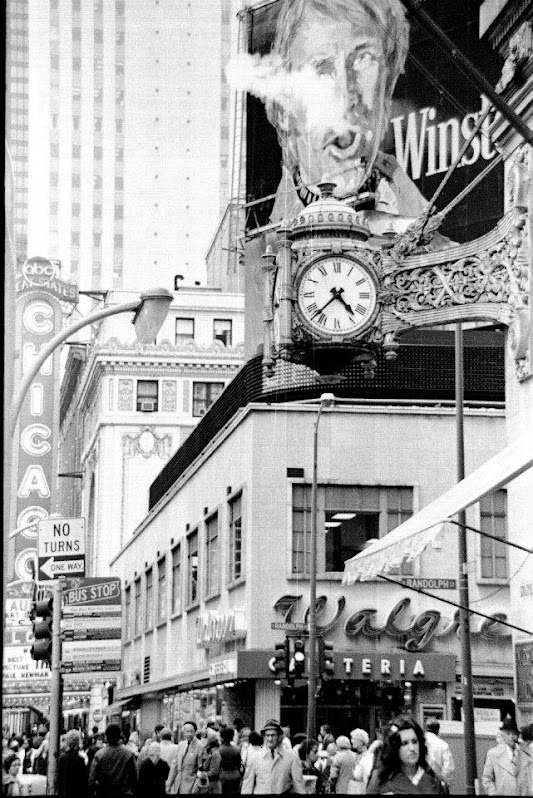 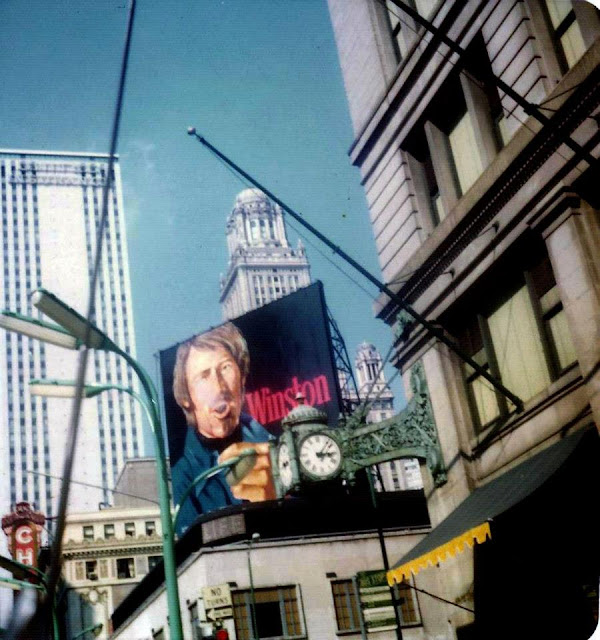 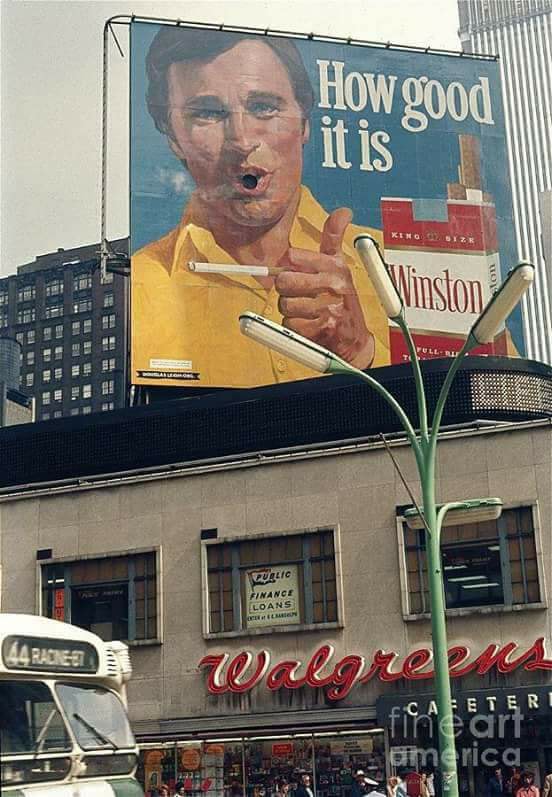