The Life, Death, and History of the Harmening House in Ontarioville (Hanover Park), Illinois, and a Peek Inside.

The Harmening House was located along Lake Street (US 20) in Hanover Park, Illinois. The area was once known as Ringgold, then Ontarioville, now a lost town of Illinois, except that the name was given to a neighborhood of Hanover Park. 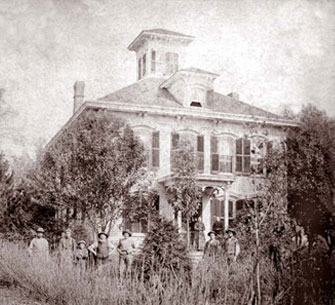 Wilhelm Heinrich Harmening built the Italianate-style house; a popular style in the latter half of the 1800s. Harmening built up a large dairy farm on his homestead. The property was passed down to the family over the years. It was estimated that the house was built sometime between 1865 and 1872. The most recent residents who occupied the house until 2000 were not relatives of the Harmening family.

The owner was the Central Sod Farm (Wilson Nurseries and Landscape Supply today), which the Harmening House sits upon, says the House and land are priced at $2,000,000. 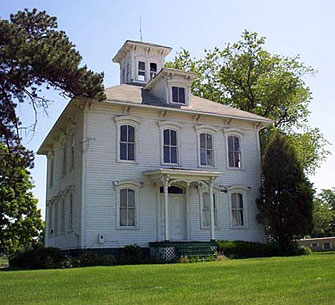 Within the last number of years, there has been an interest in preserving this historic old structure. The interior was in very rough condition and would require extensive work (see photos at the bottom of this article). There were no plans for any type of massive restoration.
On September 14, 2015, I spoke with Tom Reiter who works on the home site and set up a photoshoot. I sent Jim Jasiota, the Photographic Historian for my Facebook group Living History of Illinois and Chicago, to "do his thing." Tom was kind enough to give Jim a tour of the house allowing him inside to take photographs for this story.

The pictures give an idea of the house floor plan. On the second floor, you can see some of the original wallpaper and light fixtures.

Tom told Jim about this baby picture that was discovered in a frame found behind a wall when it was torn down. The identity and story of this baby picture are unknown. Tom was kind enough to email me the baby photo. Also included in the email was the above photograph, taken in 1894, of a large group of people assembled for a Harmening family wedding. Tom also sent along with a photo from high up in the cupola, giving a view of U.S. Route 20.

September 16, 2015 - Melissa Luby: I'm actually a descendant of the Harmening's on my mother's side. We've been researching our genealogy for years and may be able to identify the people in the photos. I'll ask my mom to dust off the family tree and report back. Thank you for the photos; I've always wanted to see the inside of the house. 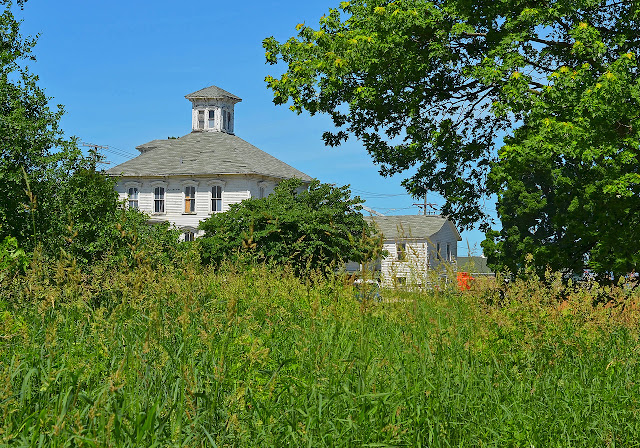 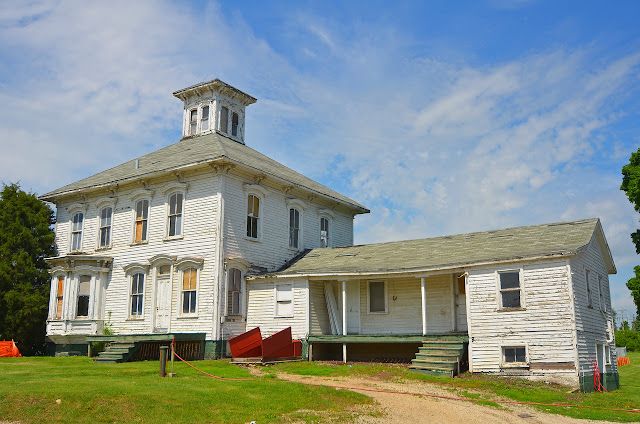 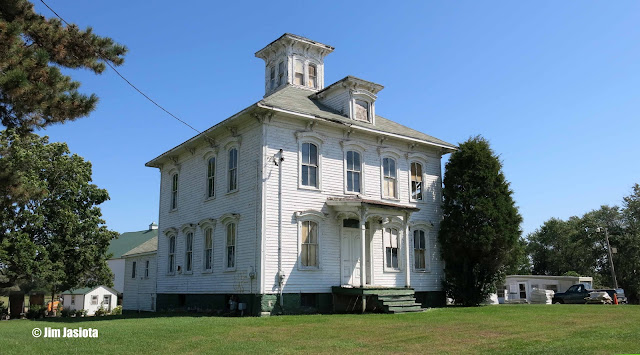 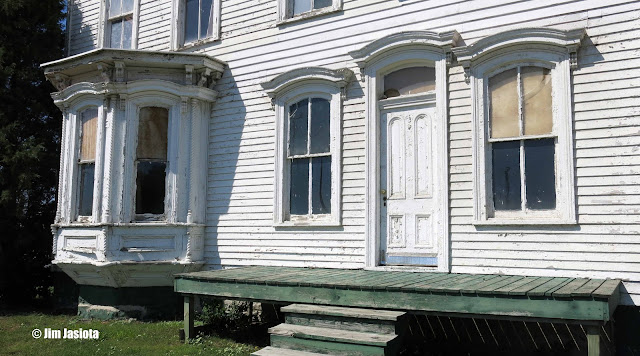 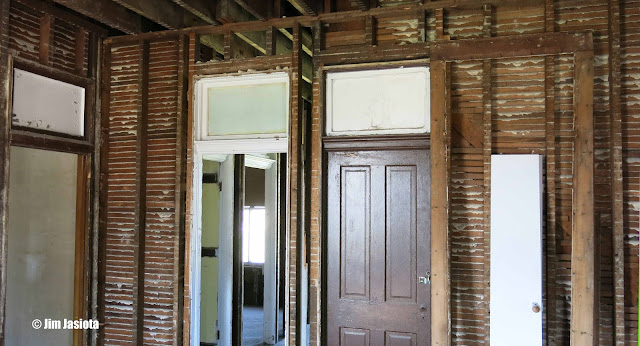 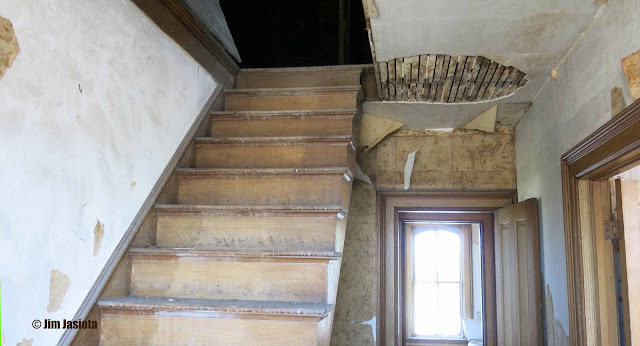 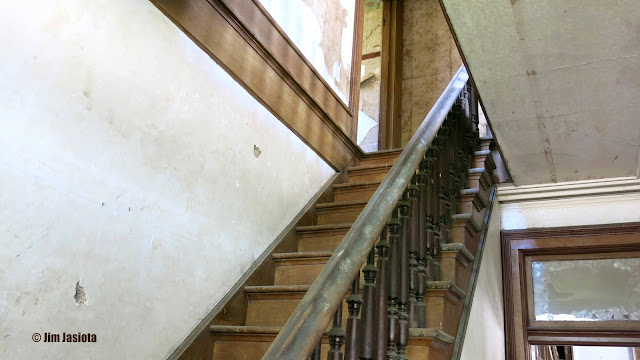 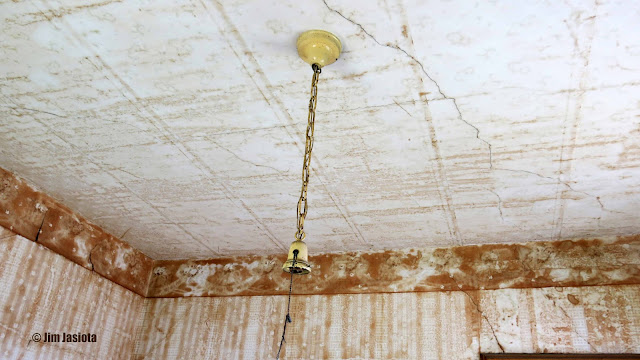 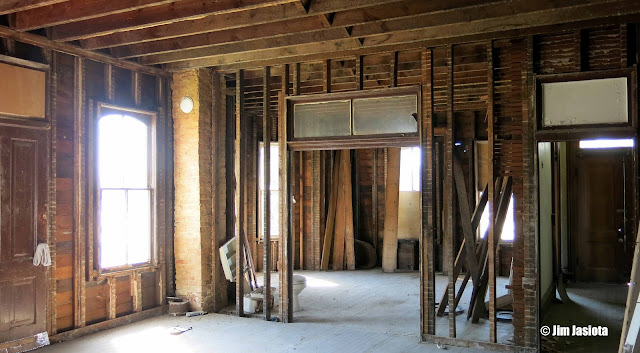 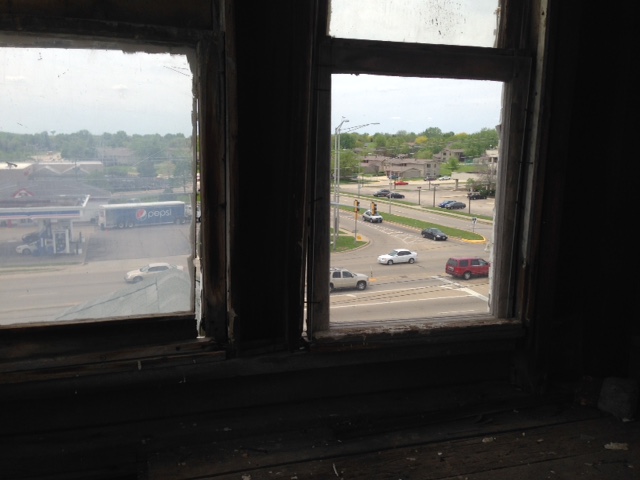 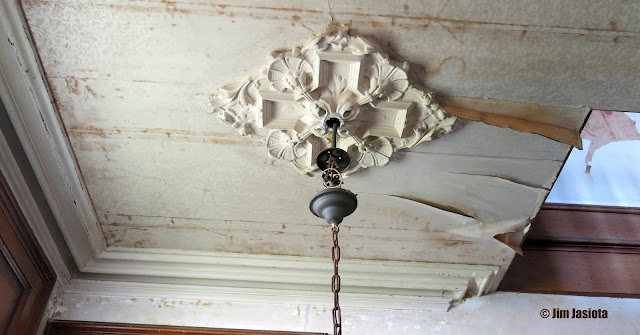 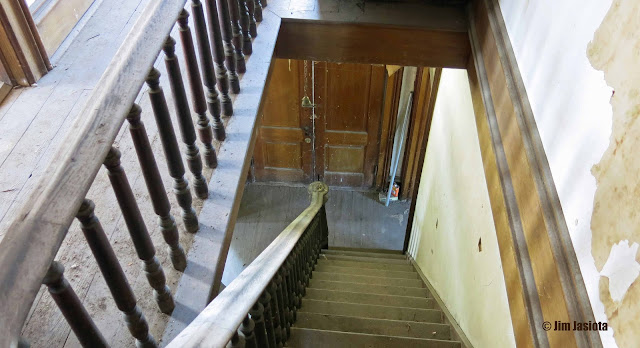 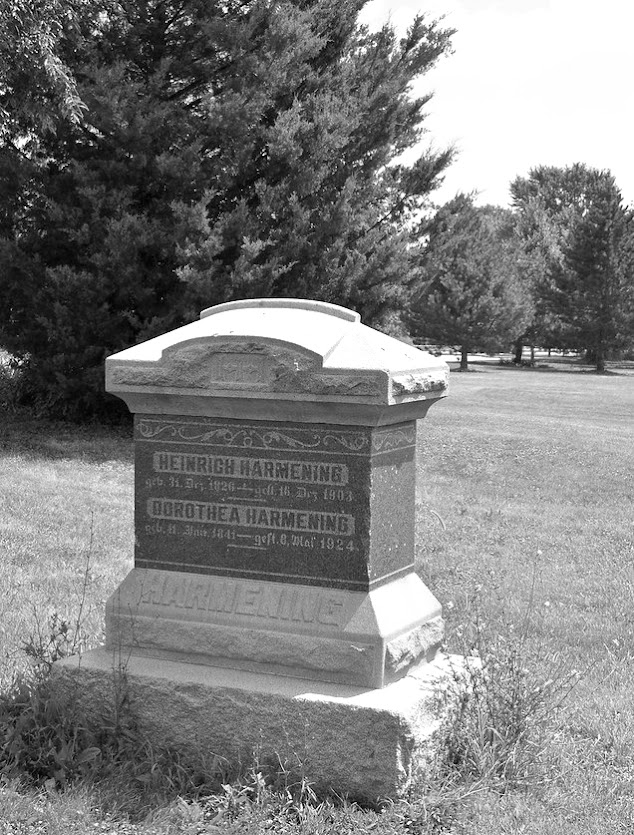 UPDATE - Sunday, May 30, 2021: "The Harmening House in Hanover Park (Ontarioville), sadly met its demise on Saturday, May 29, 2021. My Dad, Tom Reiter, took these pictures and is the property manager in the original story. Hundreds of ornamental items were saved and put into storage before the teardown. The house was un-salvageable being way beyond repair."
—Thank you Mark Reiter for sharing your father's photographs and information.
Central Sod only leases the trailer and a small area, Wilson Nurseries (commercial accounts only) leases another area. The family owns all the property including the house. 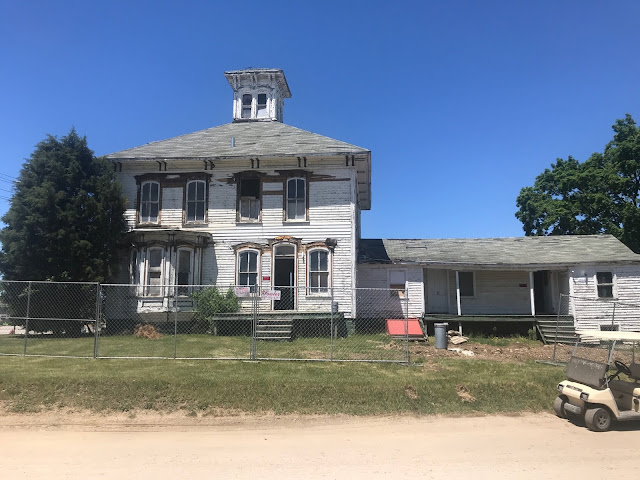 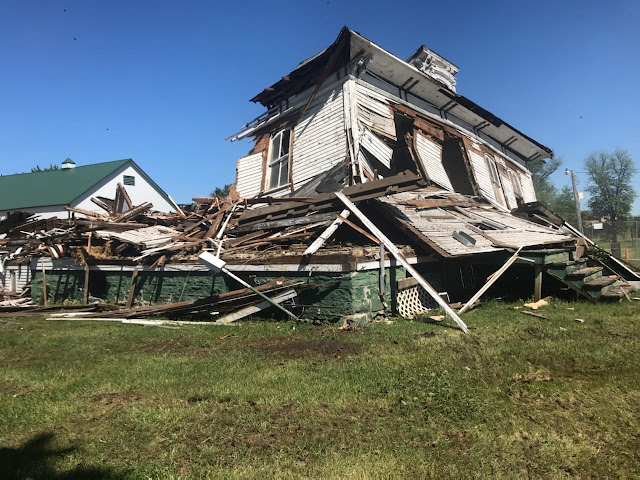 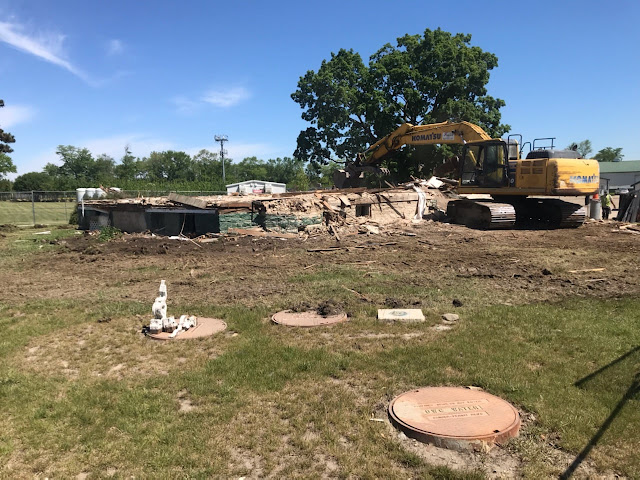 About 2010, the owners of the Harmening House went to DuPage County, Illinois for building permits to repair the house, but it was decided it should be torn down, the county claimed it was too close to the road. The house was built between 1865 and 1872 when dirt roads with wagon ruts were the norm. Irving Park Road had been expanded to 6 lanes plus turning lanes over the years. After many court appearances, the county changed its mind. The owners looked into repairs a few years ago and the cost would have been over a million dollars. The whole house is basically tied to the cupola and to replace the roof the whole structure needed to be stabilized. Building codes did not exist in DuPage County when this house was built.
NOTE: The photographs copyrighted by Jim Jasiota, who died in 2019, was the official "Photographic Historian" for the Living History of Illinois and Chicago® Facebook group.
Compiled by Dr. Neil Gale, Ph.D.
Presented by Dr. Neil Gale, Ph.D. at 1/03/2017 11:08:00 PM