Vault Lights, also known as Sidewalk Lights (or Pavement Lights in the UK), are those old glass prisms set into sidewalks to let light into vaults and basements below. Prisms were used instead of flat glass to disperse the light, diffusing it over a large area; plain flat glass would simply form a bright spot on the floor below, not providing much useful general lighting.
Invented in 1845 by Thaddeus Hyatt, sidewalk vault lights started being used in urban areas beginning around the 1850s and continued to be popular into the 1920s. The first vault lights were engineered to have glass blocks placed into a cast-iron framework. 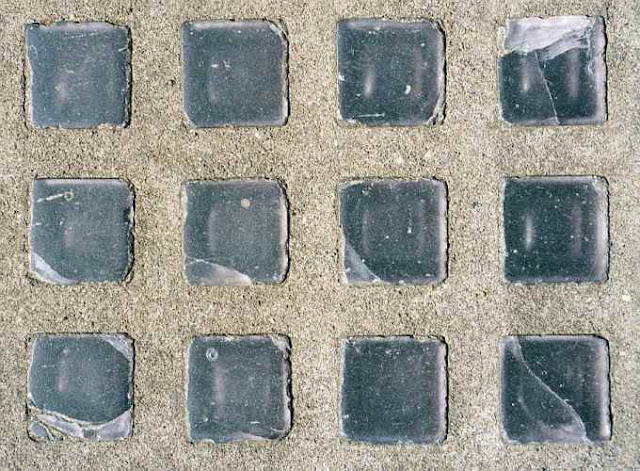 Later, with the introduction of Portland cement, setting them into reinforced concrete panels was more common.

These “glass blocks” provided a way to get light into the useful basement and void areas under the sidewalks. This also made the space rentable in some cases. The first attempts at vault lights proved unfruitful because the design basically allowed a single shaft of light to shine straight down into the space below.


With Hyatt’s invention, the design incorporated a prism shape (“saw-tooth”) on the underside while the surface above remained smooth to walk across.

This provided a way for the light to be directed over a broader area in the dark underground. 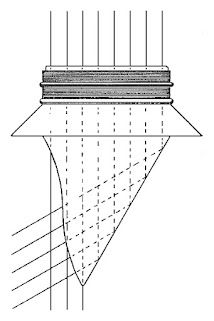 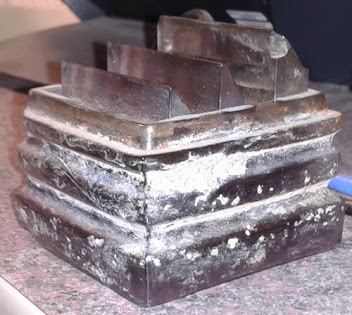 The idea caught on; by the late 19th century they were common in larger cities downtown areas, especially cities like Chicago, New York, and San Francisco. Their use declined as electric light became cheaper and better, and by the 1930s they were not considered in construction any longer.

Now, they are now endangered architectural relics.
Chicago locations where prism glass installations were known to exist (via Google Map). 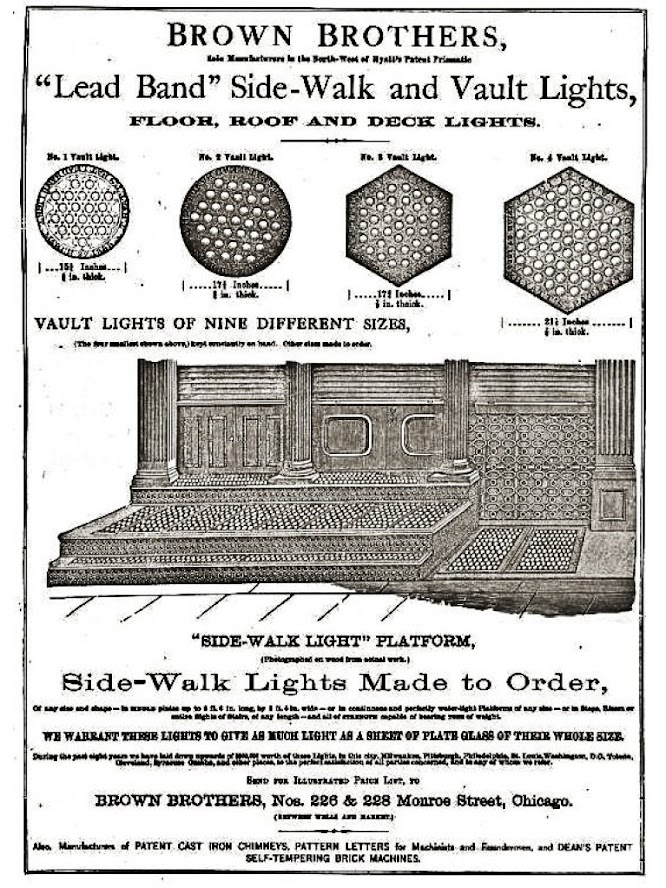 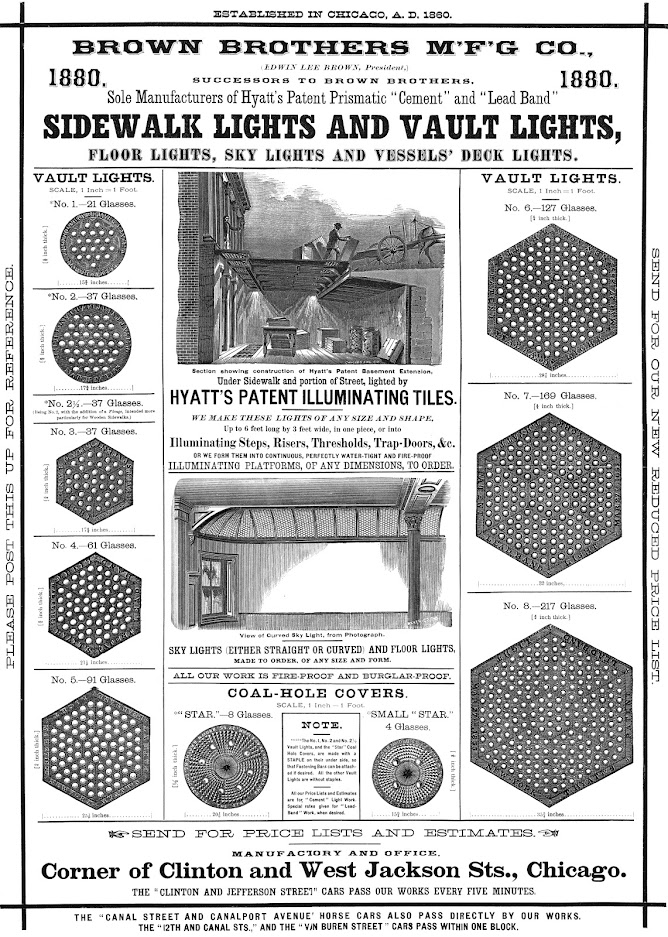 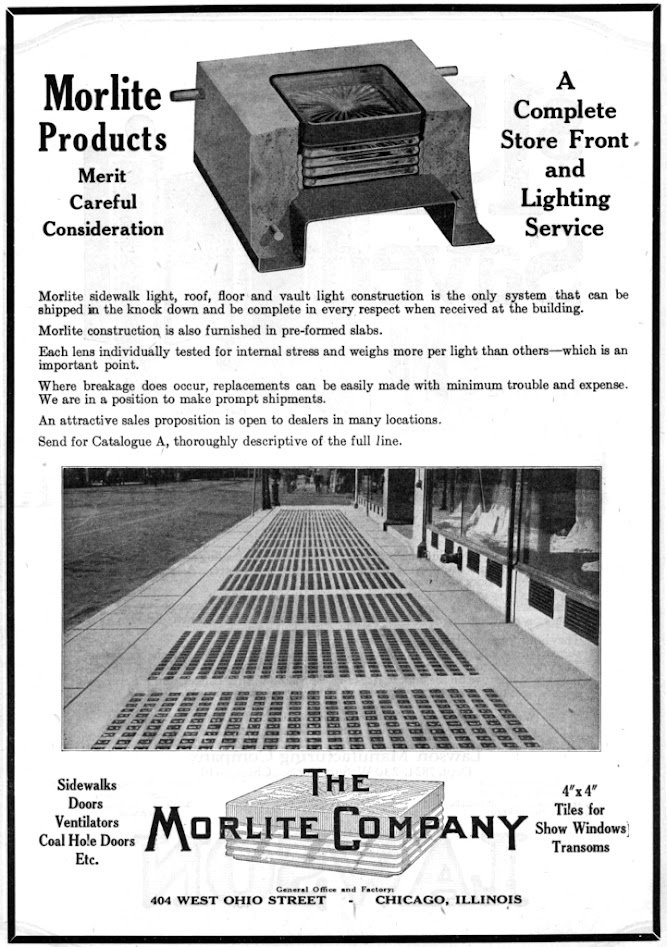