In 1897, after the Illinois legislature authorized gas company mergers, Peoples Gas merged with seven other firms. By this time, the company was a leading seller of gas stoves: it sold over 20,000 stoves to Chicago customers in 1898 alone.
By 1907, Peoples Gas had a local monopoly, and it struggled with the city to establish fair rates.

In 1913, Illinois created a Public Utilities Commission (which became the Illinois Commerce Commission in 1921) to regulate gas companies. By the beginning of the 1920s, Peoples Gas was delivering about 22 billion cubic feet of gas a year to Chicago customers via 3,100 miles of street mains. At this time, the company still manufactured gas out of coal and oil; in 1921, it used over 700,000 tons of coal and coke and 77 million gallons of oil.

A critical shift in the company's operations occurred at the end of the 1920s when it invested in long pipelines that connected Chicago to natural gas fields in Texas. By 1950, People's Gas had annual sales of over $80 million and employed over 4,500 people. The company changed its name to Peoples Gas Co. in 1968; 12 years later, it became part of Peoples Energy Corp. This entity controlled both Peoples Gas and the North Shore Gas Co., which operated in northeastern Illinois. By the early 2000s, Peoples Energy grossed more than $2 billion and had employed over 3,000 workers in the Chicago area. 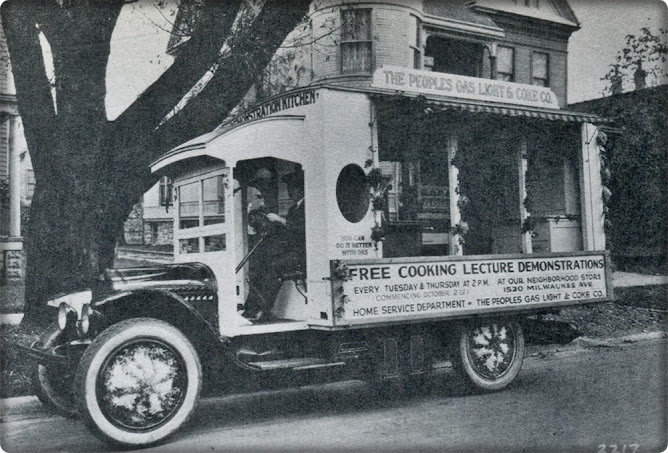 The Home Service Department routinely sent recipe cards in gas bills to increase women's interest in cooking, and within two years published "Mrs. Peterson's Simplified Cooking," which 'basic or standard' recipes for a wide range of dishes were included in this book. 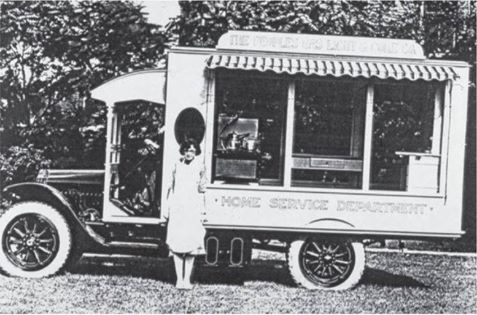