Chicago proposes to secede from Illinois to form the "State of Chicago."

On June 27, 1925, Chicagoans were talking secession. Maybe Chicago should break off from Illinois and form a new state. 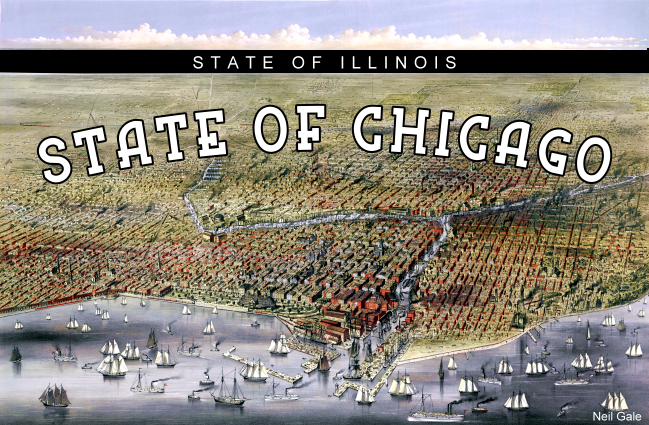 The Illinois Constitution was being violated. Every ten years, following the federal census, the legislative districts were supposed to be redrawn. That hadn’t been done since 1901. Downstaters controlled the state legislature. Letting Chicago have more seats would take away their power. So the legislature had simply refused to redistrict after the 1910 census. They had again refused after the 1920 census.

According to Alderman John Toman, the city deserved five more state senators and fifteen more state representatives. So Toman offered a resolution to the city council—that the city’s lawyer should investigate how Chicago might secede from Illinois. The resolution passed unanimously.

Obviously, there were going to be problems. The U.S. Constitution specifically stated that no new state could be carved from part of an existing state unless the existing state approves it. Would downstate be willing to let Chicago go, and lose all that tax revenue? Probably not. But perhaps sometime in the future. Besides, there were ways of getting around the Constitution. Kentucky was a part of Virginia in 1792, Maine was a part of Massachusetts in 1820, and West Virginia was a part of Virginia in 1863 during the Civil War.

The proposed State of Chicago would take in all of Cook County. Suburbia was tiny in 1925. Out of 3 million people in the county, about 2.7 lived within the Chicago city limits. The secessionists said they’d consider including DuPage and Lake counties, too. 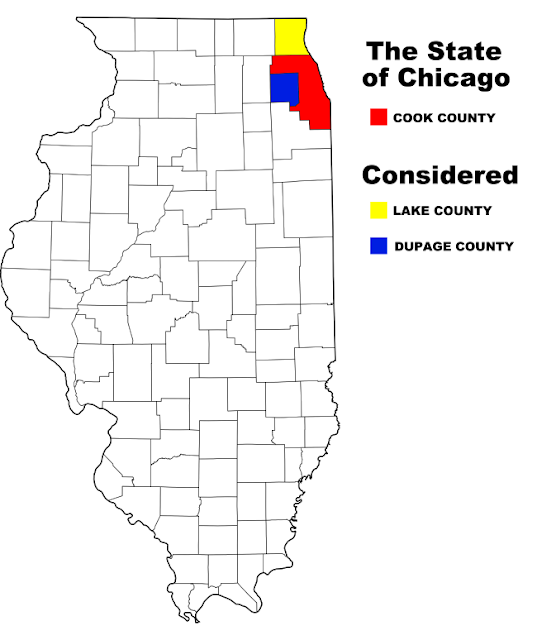 Most Chicagoans seemed to like the idea of being a separate state. Along with being freed from the downstate dictators, Chicago would enjoy more clout on the national stage. The new state would rank 11th out of 49 in population.

Even if the plan didn’t become a reality, the threat was worth making. “Chicago is having trouble getting a square deal from the state,” a South Side electrician said. “I believe the only way to get back at them is to rebel. That would give them something to think about.”

Faced with all the legal roadblocks, secession talk eventually died out. During the 1960s, the U.S. Supreme Court’s various “one man, one vote” rulings gave the city its fair share of legislature seats.

This is not the first time in the state's 200+ year history that there have been attempts to separate portions of the state to form a new state.


Between 1840 and 1842, several northern counties in Illinois, including Jo Daviess County, Stephenson County, Winnebago County, and Boone County, voted to reattach to Wisconsin, from which the counties were ceded to Illinois by Congress in 1818. The split was precipitated by the mutual antagonism between northerners and southerners due to social and political differences. The split was never realized due to lack of support from Chicago and Cook County, as the benefits of the Illinois and Michigan Canal linking northern to central and southern Illinois outweighed secession. Nathaniel Pope was responsible for giving Illinois its shape.

In 1861, the southern region of Illinois, known as Little Egypt, proposed secession due to cultural and political differences from Chicago and much of Central and Northern Illinois.

In the early 1970s, residents in western Illinois were upset over the allocation of state funds for transportation, prompting a student at Western Illinois University to declare 16 counties the Republic of Forgottonia. 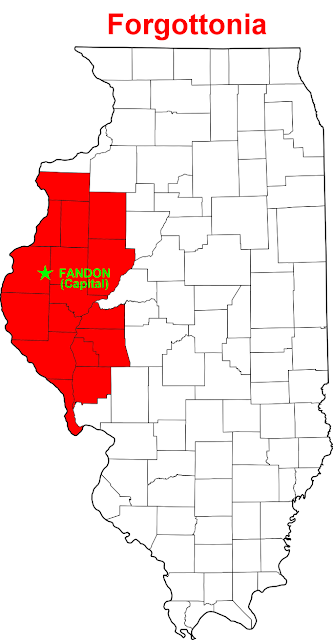 In 1981, State Sen. Howard Carroll passed a Cook County state split bill through both the State House and Senate.

In 2011, a similar proposal for Chicago to secede was introduced by two state legislators.

On February 7, 2019, State Representative Brad Halbrook, with co-sponsors Representatives Chris Miller and Darren Bailey, filed a resolution that urges the United States Congress to declare the City of Chicago a state and separate it from the rest of Illinois.

None of these bills were ever implemented.