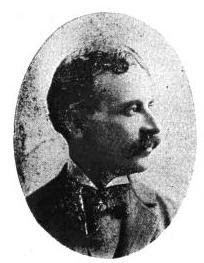 Isaac Woolf was born in London, England on January 4, 1852. He came to the U.S. as a child with his parents and they settled in Lafayette, Indiana. His family was poor, and he began his business life as a newsboy.

From that, he went to stripping tobacco, but he found time to attend school and also to enroll at a business college.

In 1896 he opened his establishment at 160 S. State Street. His brothers Benjamin, Edward, and Harry took employment at Woolf's Clothing Store.

Isaac Woolf decided it was time to give something back.  He decided to provide a full Thanksgiving dinner with all the trimmings for any and all newsboys in Chicago who wanted to attend.

The tradition began in 1882 when owner Isaac Woolf invited about a hundred newsboys to join him for Thanksgiving dinner. Called “newsies,” the boys were employed as the main distributors of newspapers to the general public. Typically earning about thirty cents a day, they were wretchedly poor, often sleeping on the streets.

Having been a penniless newsboy himself, Woolf understood their plight and that of others who were impoverished. Paying for the meals out of his own pocket, the kind-hearted retailer expanded his annual dinner to include other poverty-stricken families and destitute elderly couples, as the ranks of the poor swelled during the severe economic depression called the Panic of 1893. 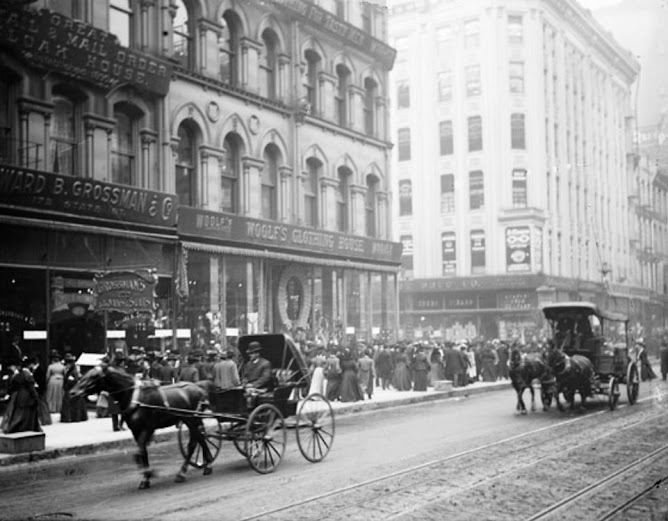 By 1895, Woolf was providing over 10,000 dinners each year to those in need on Thanksgiving evening. Everyone was welcome.

On March 17, 1898, Isaac Woolf opened his grandest store yet at the southwest corner of State and Monroe, Chicago. He billed his store as "The store with a horseshoe over the door and the Palmer House over the way." 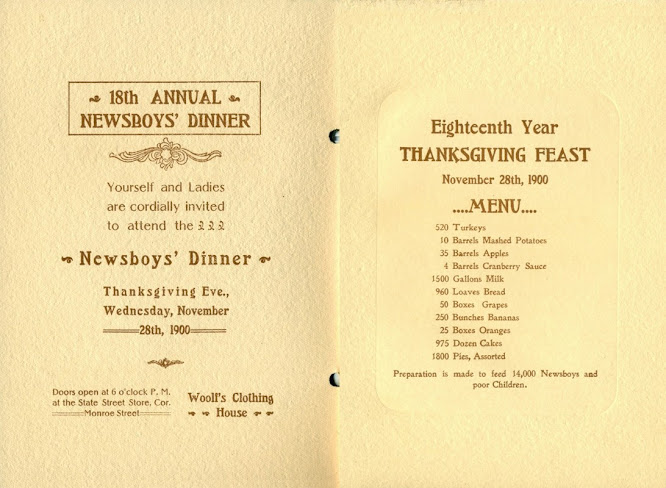 In the afternoon of November 28, 1900 it was unseasonably cold; the temperature had already dropped into the teens when the store clerks sprang into action. In what had become a well-orchestrated ritual, they stored away the goods and removed the counters from the main floor. Next, the tables were brought in, covered with marbled oilcloth, and decorated with flowers, fruit, and pyramids of small cakes. After carefully arranging a thousand place settings, reportedly with as much precision as you would find at a fine hotel, the clerks donned white aprons and jackets just before opening the doors at 6 PM, ready to serve old-fashioned turkey dinners to the multitudes who would begin filing in from the frigid weather.

For twenty-four years Woolf, president of Woolf's Clothing Store closed early on the day before Thanksgiving, as it had done for years, in order to get ready to serve a holiday dinner for the poor of Chicago.