The Story of Chicago's Bridge to Nowhere.

It was not a mistake made by highway builders, nor was it part of a roadway bridge. This structure was actually built as a test track for experimental mobile radar units. The bridge segment was located at 6650 West Grand Avenue at Normandy Avenue in Chicago.

Western Electric built it in 1943 to test and tweak their mobile radar equipment, which was at the time, cutting-edge technology.
The area around Grand Avenue and Fullerton is the highest point in Chicago being located on a natural ridge. The location was a few blocks away from where Thunder Mountain, Chicago’s only ski resort was built in 1967. 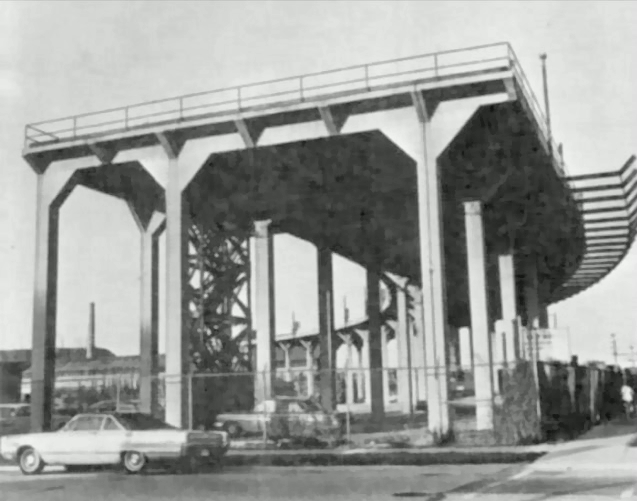 Mobile radar units would be driven up a wooden ramp to get onto the track. Airplanes from Glenview Naval Air Station would fly over the track allowing the radar units to collect data. Later, the Navy would evaluate the data and the equipment’s efficiency.

Radar was a new technology in the early 1940s, that wound up being crucial to American success in World War II. The track was used throughout WWII and the Korean War was a big reason for America's military success.
After the wooden ramp was removed, the track sat unused for more than 40 years because it was too costly to demolish it. Finally, in the 1990s, it was razed to build a new strip mall.