Train Runs Into Open Bridge on September 21, 1941; Engine Stops Short of Plunging into the Chicago River.

The Midnight Special, Chicago & Alton train to St. Louis, Missouri, carrying about 100 Pullman passengers, ran into an open bridge on Sunday, September 21, 1941, at 21st Street and the south branch of the Chicago River. The bridge had been opened to permit a freight boat to pass. There were automatic signal lights guarding the approaches to the bridge. 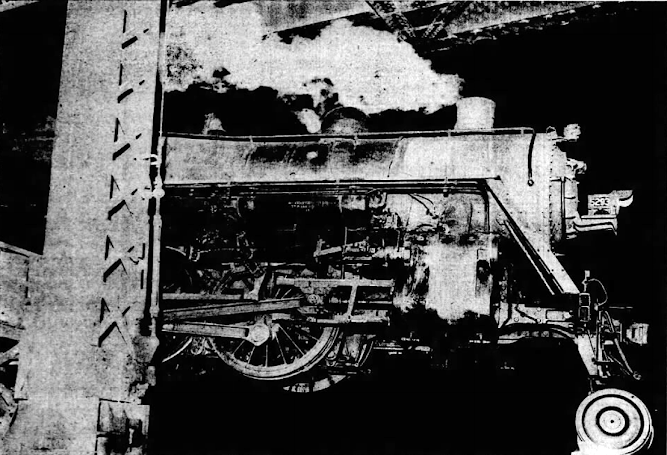 Nearly half of the locomotive went beyond the end of the bridge approach and slanted perilously over the water. Had it gone a few feet farther the engine would have fallen off the track and plunged into the river.
The train had left Union Station at 1 o'clock a.m. At about the same time a boat, tentatively identified as the Canadian freighter, "Lavaldoc," was clearing the railroad bridge, which is owned by the Pennsylvania system. The bridge was still raised as the Alton train approached. The engineer jammed on the brakes, and brought the train to a stop but not until the small front wheels and the first drive wheels had left the rail ends. No one was injured, police said. Four sleeper cars were detached and taken back to Union Station.
Compiled by Dr. Neil Gale, Ph.D.
Presented by Dr. Neil Gale, Ph.D. at 3/28/2021 08:32:00 PM