There was no post office in Chicago when Cook County was organized on March 8, 1831. On March 3lst, the United States government established a post office in Chicago, and Jonathan N. Bailey was appointed Postmaster. The office of the Postmaster was situated in a log building, in the foreground, about where South Water Street (Wacker Drive) intersects Lake Street, where the river forks to the south, near the east end of the bridge. John S.C. Hogan kept a store there. He was a son-in-law of the Postmaster.
Before the post office was established, a half-breed [1] Indian brought the mail to Chicago every two weeks from Niles, Michigan, a town on the route from the east to Chicago. The carrier made the trip on foot and usually took a week. Only about a dozen families were in Chicago, and the addition of the officers and soldiers at Fort Dearborn constituted the entire population. The Indians who resorted to this point for trading are not included in the count.

The arrival of the mail was naturally considered an event of most significant interest, and the carrier was the most famous man of the day. Fort Wayne was an important station in this service, and Daniel McKee, who was employed as a carrier on this route for some years, made a trip once a month between these points, taking fourteen days to do so. A mail route extending from Detroit to Green Bay was in use during the winter season, passing around the southern end of Lake Michigan, on which Chicago was a way station. The northern part of this route ran through a wild country without trails and had only its natural features as landmarks. "Trusty carriers were hard to find," says Mrs. Neville in her history of Green Bay, "although the pay was ample according to the scale of wages in those days—$45 ($1,925 today) to Milwaukee and return (from Green Bay) and $65 to Chicago and return."
"The mail-carrier," says Neville, "was necessarily a man of tough fiber and strong nerve, for, burdened as he was with his pack, mail pouch, and loaded musket, he was forced to keep on his feet day and night wading through the snow so deep at times as to require snowshoes. When overcome with sleep, he wrapped himself in his blanket and lay down in a snowbank, taking such rest as he could with the wolves howling around him." In E.O. Gale's book of reminiscences, he relates that Alexis Clermont, a famous mail carrier of that time, on one occasion took breakfast with his father's family the morning after he arrived in Chicago with mail, and it was noticed that he seemed anxious to start off on his return trip. The elder Gale asked him why he was in such a hurry, and he replied that he slept better out of doors than in a cabin.
In M.H. Putney's "Historical Notes," is given the following information regarding the movements of mail carriers:
Jonathan N. Bailey served as Postmaster until November 2, 1832, when he was succeeded by his son-in-law, John S.C. Hogan, who moved the post office to the southwest corner of Franklin and South Water Streets.

On March 3, 1837, Sidney Abell was appointed Postmaster. In May of that year, to accommodate the significant increase in the business, the post office was moved to Bigelow's Building on Clark, between Lake and South Water Streets, where it remained for some time and then moved to the Saloon Building on Lake Street. 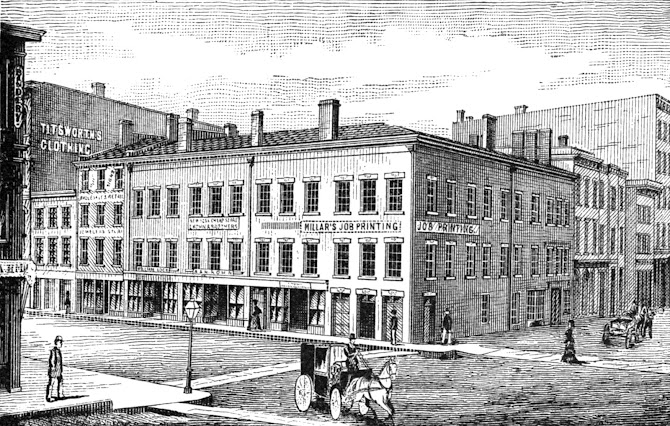 [1] "SAVAGE" is a word defined in U.S. dictionaries as a Noun, Verb, Adjective, and Adverb. Definitions include:
Unlike the term "RED MEN," dictionaries like Merriam-Webster define this term, its one-and-only definition, as a Noun meaning: AMERICAN INDIAN (historically dated, offensive today).

The terms Savages, Red Men, and Half-Breed are often used in historical books, biographies, letters, and articles written in the 18th, 19th, and early 20th centuries.

I change this derogatory term to "INDIANS" to keep with the terminology of the time I'm writing about.
"HALF-BREED" is a disrespectful term used to refer to the offspring of parents of different racial origins, especially the offspring of an American Indian and a white person of European descent.
Presented by Dr. Neil Gale, Ph.D. at 8/29/2021 09:50:00 AM