The Darche Manufacturing Company opened at 1824 West Grand Avenue in Chicago in 1882. George C. Darche had several relatives in the business. In 1882 Theodore Darche, a carpenter, and Eugene Darche, a box-maker, were the only persons listed in the company records. George, a plater, first came upon the scene in 1883. That same year Theodore changed hats from carpenter to contractor.
By 1884 Joseph Darche, a millwright, joined the group, and Theodore became the T. Darche & Co. CEO on South State Street in Chicago. From 1885 through 1888, George opened up at 31 South Clark Street and later at 35 South Clark Street as an electrical supply business. Theodore was listed as a locksmith and carpenter in 1887. Edward, another Darche, appeared in 1888 as an electrician at 416 South State Street. The only other Darche to appear was Ephraim, a teamster.
Here we have the nucleus of an excellent electric clock. A millwright to create the fancy wood designs, a carpenter to construct the case, an electrician to do the wiring, a locksmith to tidy up the case and keep the door shut, a contractor to make sure everyone did what they were supposed to do and a teamster to settle disputes in case they didn’t. 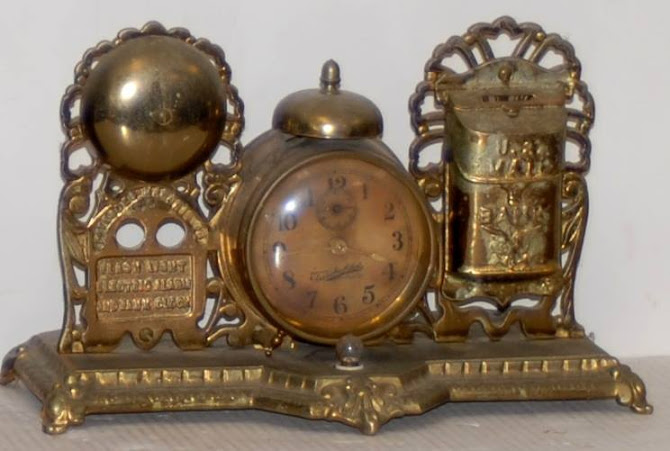 The Darche Electric Co. shows up in 1889 at 37 South Clark Street, and in 1891 George C. is listed as President, and Edward T. is Secretary. By 1895 George is listed as a jeweler at 648 W. 12th Street, and, at last, in 1896, the Darche Clock Co. at the 648 W. 12th address is born. From 1897 through 1902, the Darche Clock Co. showed George C. Darche as President of the company at locations at 618 West 12th Street (12th Street was renamed Roosevelt Road on May 25, 1919) and then at 830 South Halsted Street.
The first mention of the Darche Electric Clock Company was in 1903 at the 2117 South Halsted address, and in 1904 we see someone other than George as president of the company. Don Evans was president, taking over when George died in 1904. His presidency didn’t last long. In 1905 Frank Jansen became president and remained so through 1909.
Then, a wonderful thing happened. In 1909 the company underwent yet another name change, this time to Darche Manufacturing Co., with Augusta Y. Darche as President, a woman revolutionary for that time. Augusta held the position until 1928, when E. J. Heilman became president. 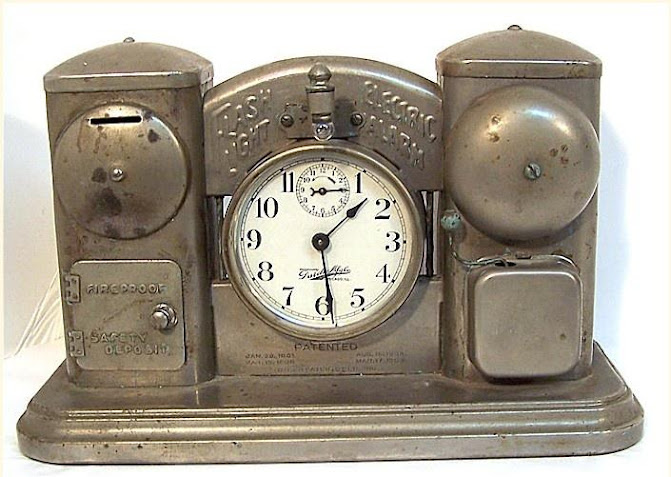 Going back to the early part of 1904, perhaps while George was sick, Augusta applied for a patent for a "Stand for an electric alarm clock," which the patent was granted in August of that year. 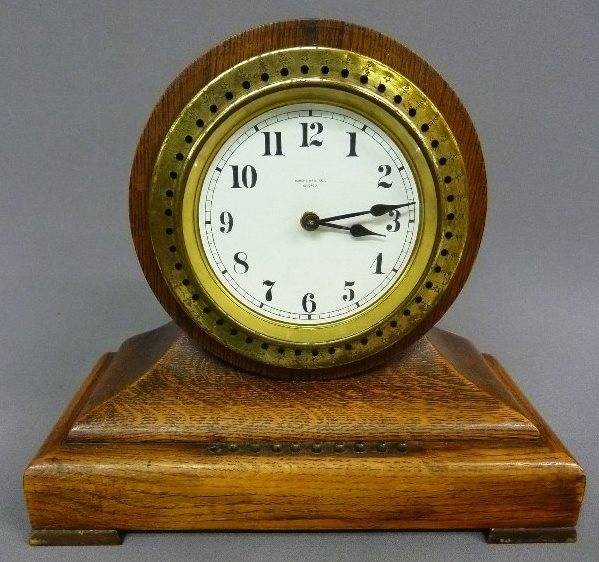 In June of 1904, Augusta applied for another patent for an Electric Alarm Clock was granted in March 1906. She had invented: "an alarm i.e. the combination of a clock alarm mechanism and an arm adapted to be moved thereby, of an electric signal, a circuit for said signal in the path of movement of said arm and an insulating sleeve movably mounted on the said stationary electrode and adapted to be positioned between said arm and stationary electrode for preventing contact therebetween and thus maintaining the open circuit."
In 1910 Frank Jansen, while he was still president of the Darche Manufacturing Co., registered the trademark "Searchlight" and the F. W. Jansen name appeared on the "Darche" clock.
The Searchlight model had a button at the end of a bulb (not shown), pressed it would sound the alarm bell to call someone (a nurse) into your sick room. Squeezing the bulb would turn on the light below the dial to illuminate the dial if the room was dark. 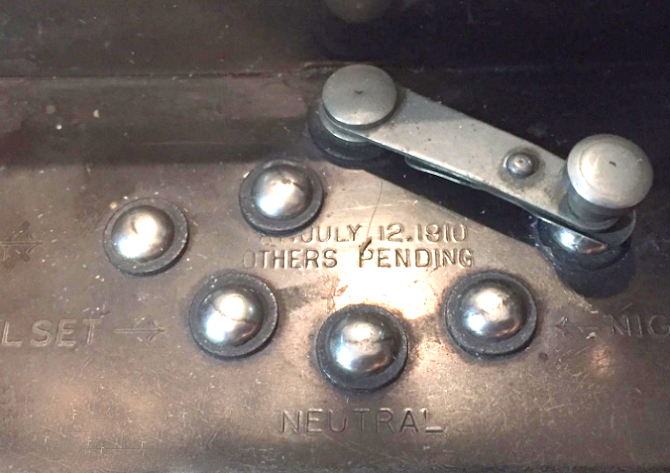 It also has several additional features, which would have been powered by two batteries, one in each of the columns on the sides of the clock. The features could be selected using the toggle switch on the base of the clock, and are as follows:
There is also a battery-powered alarm feature, which could be turned on and off using the switch on the right of the base.
The company survived until the Great Depression in 1929. While short-lived, the company produced multiple patents and became a real innovator in battery-powered alarm clocks.
Compiled by Dr. Neil Gale, Ph.D.
Presented by Dr. Neil Gale, Ph.D. at 4/30/2022 02:21:00 PM