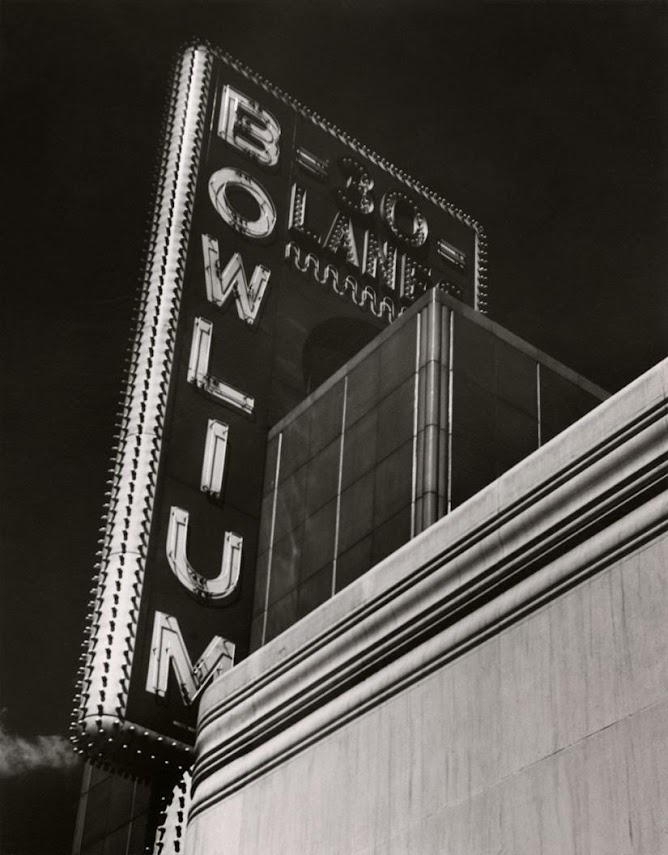 The Bowlium, Chicago's newest half-million-dollar bowling enterprise, holds its formal opening this week, starting with two singles matches tomorrow night and continuing with a program thru Friday. One of the most ornate in Chicago, the establishment is located at Sheridan road and Montrose avenue. It features 30 bowling alleys in-line and without a post to mar the view of spectators. The alleys are open 24 hours a day, and the pin boys made 11¢ a lane working behind the alleys.
Bowlium has been in operation since October, but (Frank & Bill) Helsing's Vodvil Lounge (a restaurant & burlesque night club), to be run in conjunction with the bowling establishment, has just been made ready. The lounge capacity was 325 people with drinks starting at 50¢. It was also called "Time-In Vodvil Lounge" in later years. 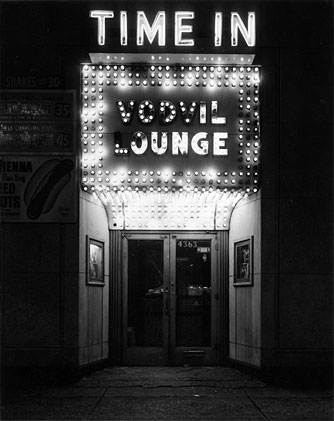 Bowlium already has 23 leagues operating, newest of which is the Owl circut, begun two weeks ago and already has a membership of eight teams. 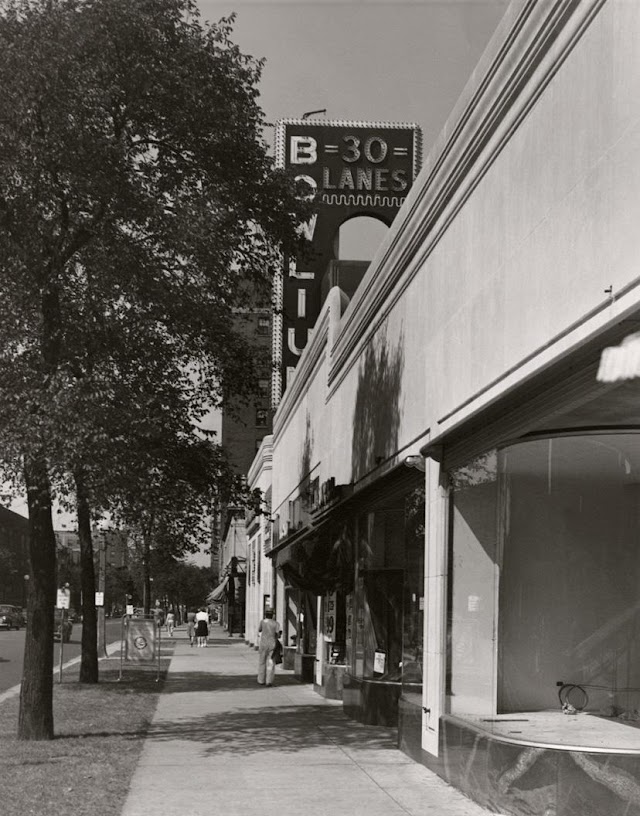 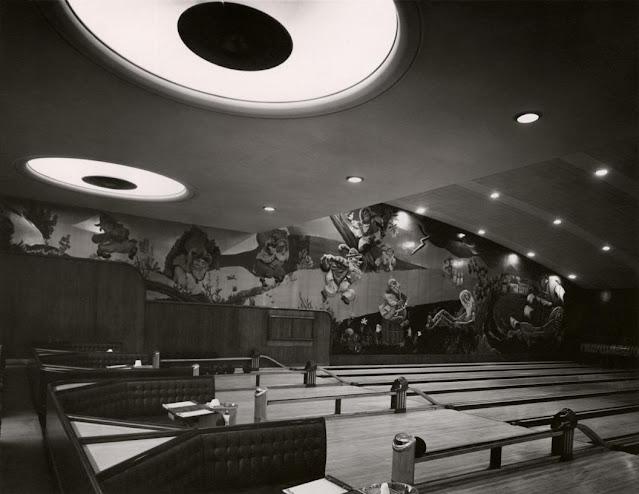 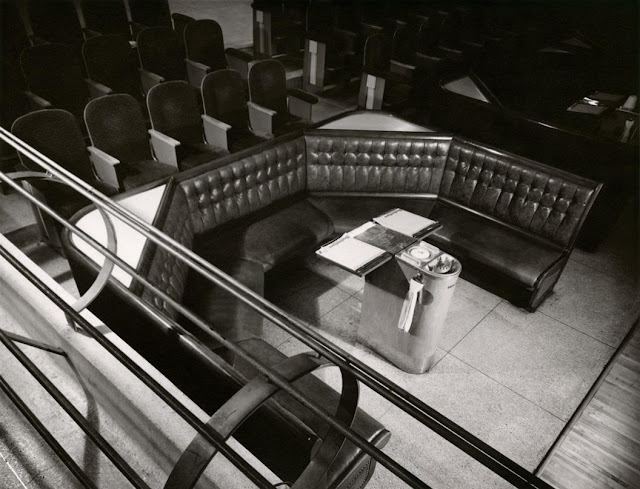 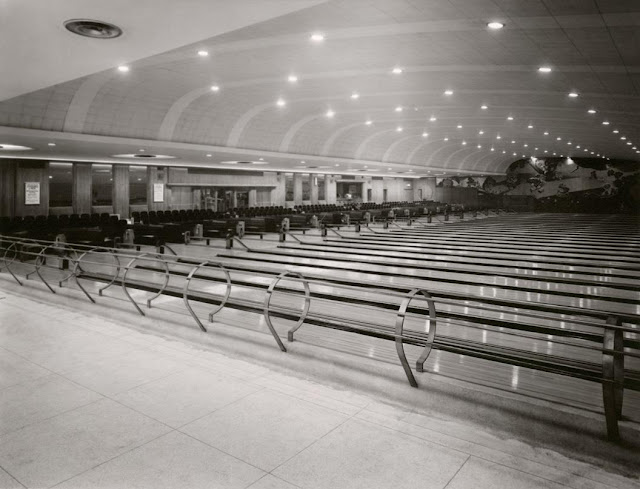 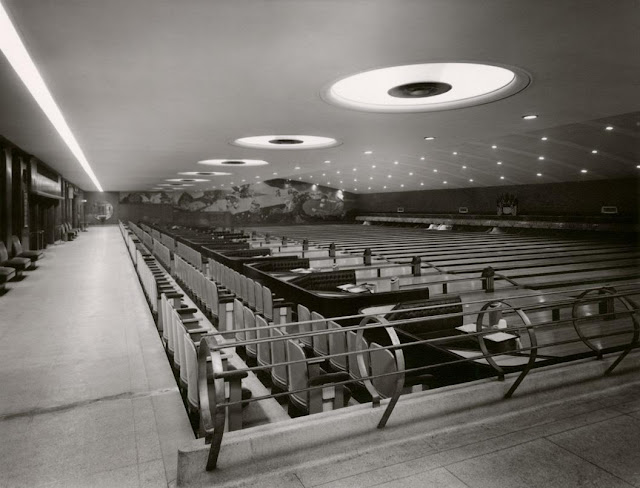 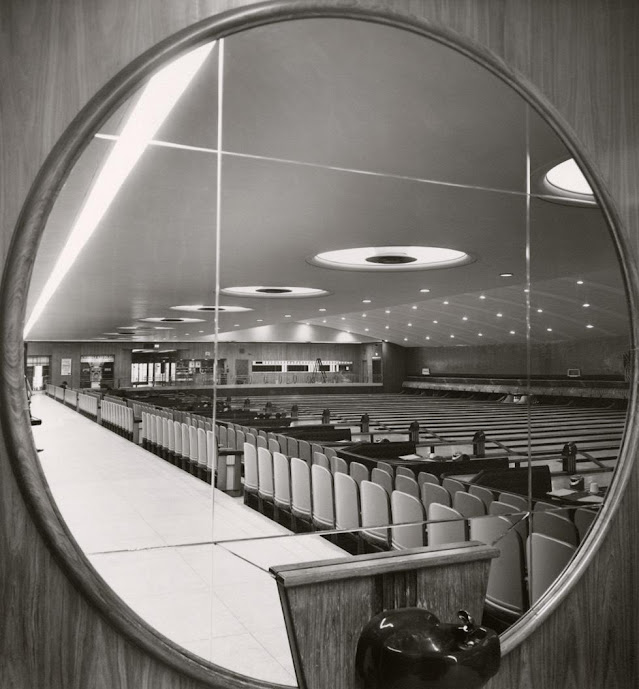 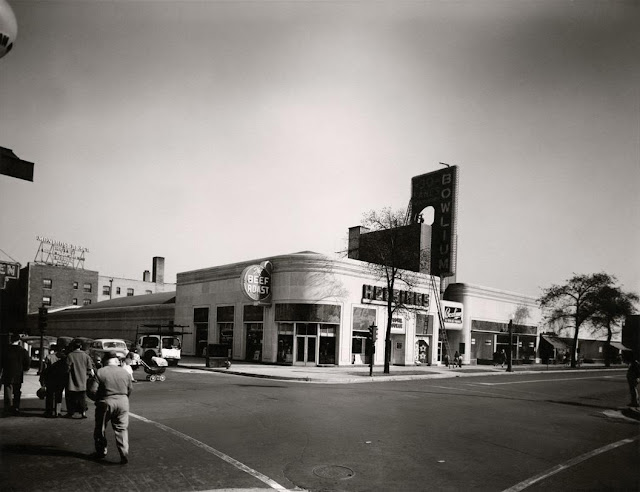 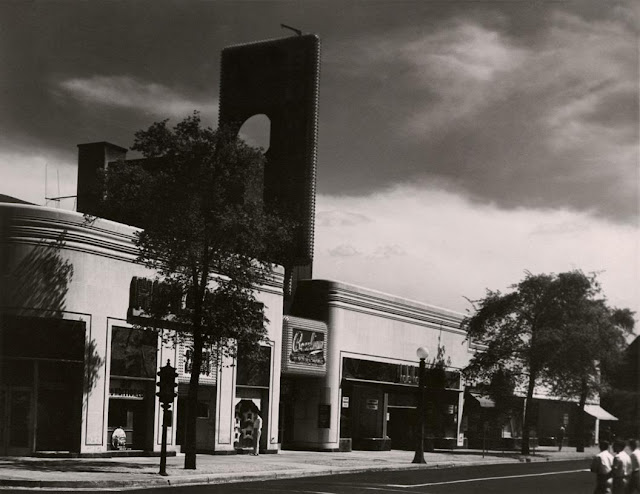