In 1895, the Wheel's inventor, George Washington Gale Ferris Jr., found a new site for the observation wheel on Chicago's North Side, in the Park West neighborhood of the Lincoln Park community and named it "Ferris Wheel Park." It was at Clark and Wrightwood, only 20 minutes by public transportation (no motor vehicles) from the city's principal hotels and railway stations.

The Directors sold bonds hoping to landscape the grounds, build a restaurant, a beer garden, a bandshell, a Vaudeville theater, and paint the Wheel and Cars. Ferris' partner in the plan was Charles T. Yerkes, Jr. (which his involvement with the park is debatable), the transit magnate who owned streetcar lines adjacent to the site. 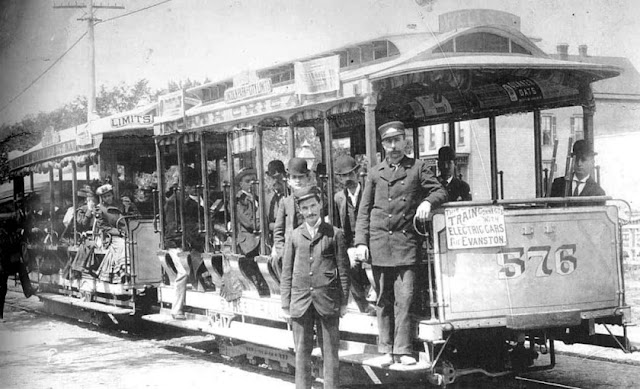 Ferris chose the location of the “end of the line” and car-barn (called the “Limits”) at Clark and Wrightwood exclusively to serve his proposed Ferris Wheel Amusement Park. 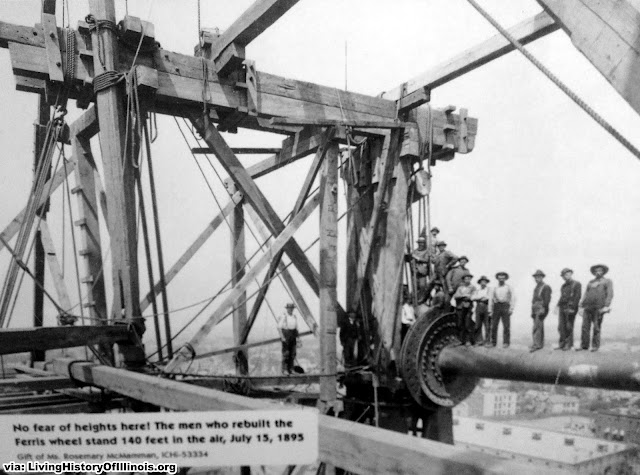 Resistance to the project arose from the community, however, and delayed, but did not preclude, its opening in the fall of that year. The community, nonetheless, was able to vote the area closed to the sale of liquor, which doomed the planned beer garden.
An admission ticket for the ride confirms that, indeed, a vaudeville program had been introduced as part of the attraction. Additionally, a photograph shows a sign advertising vaudeville shows. The address on the ticket, 1288 North Clark Street, is misleading on two counts in terms of where the Wheel was actually located. 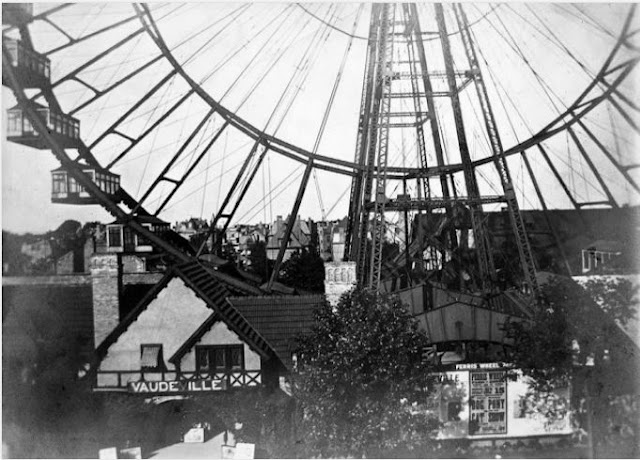 In 1909 there was a street renaming and renumbering project undertaken by the city of Chicago. It was during this time, for instance, that many of Hyde Park's streets obtained their modern names. In this case, the street number "1288 North Clark" from the year 1896 translates to a location on the northeast side of the 2600 block of North Clark Street, near Wrightwood Avenue after the renumbering process. 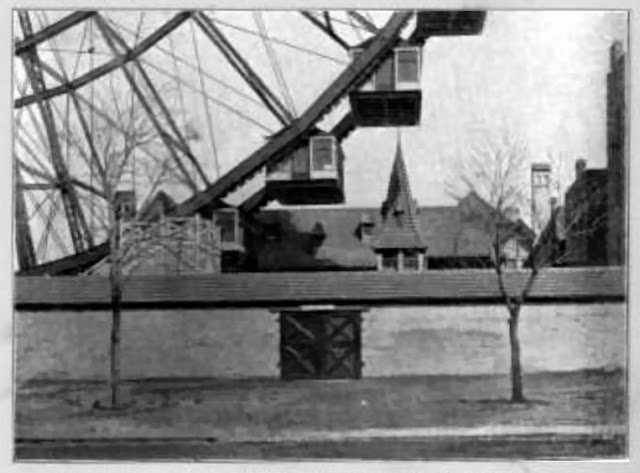 Indeed, the whole strip of land from what is now 2619 to 2665 N. Clark was to be devoted to the enterprise.

The ride, which some have jocularly claimed drew more complaints and lawsuits than patrons, experienced financial problems and was seized by the Cook County Sheriff in November 1896, just before 37-year-old George Washington Gale Ferris' death from tuberculosis in November. Ferris Wheel Park continued to remain open for business. 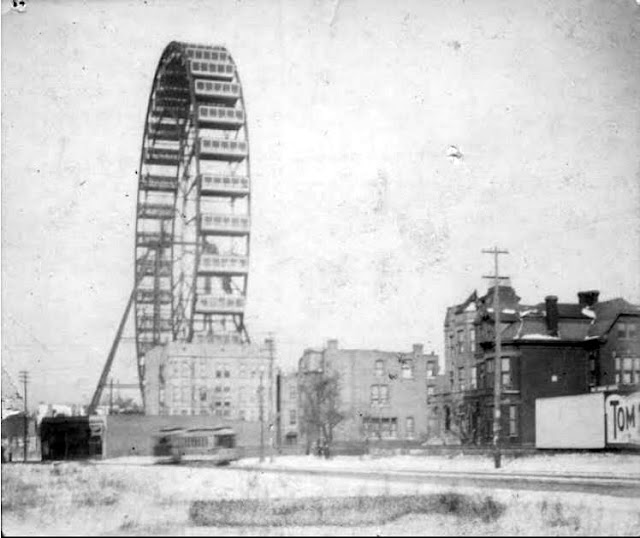 As a result, the community of Lake View lost the opportunity to the Park West neighborhood of the Lincoln Park community. Shortly thereafter, and with vocal citizen opposition from a newly formed civic group called the Improvement and Protection Organization (IPO), the owners of the new park, which was in receivership, had to file for bankruptcy in 1900 due to lack of local community support and general city patronage. 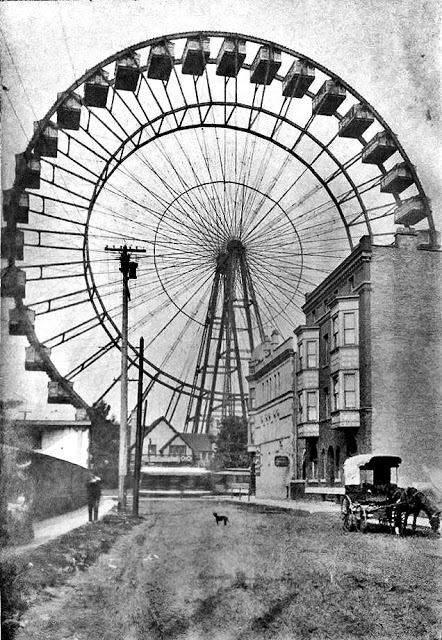 The lack of support of the park was due to its location within a residential subdivision and the residents of both communities of Lincoln Park and Lake View were not fans of the new owner of the park, Charles Tyson Yerkes, Jr., who owned the Chicago Electric Street Railway that owned and operated streetcars on Evanston Avenue (now Broadway) and Clark Street.

For years, Mr. Yerkes tried to circumvent property owners by trying, through city government, to acquire property for his company without due process.

Imagine trying to locate a Six Flags amusement park in the middle of an urban residential street.

The wheel remained until 1903 when it was dismantled and transported to the site of what would be its last hurrah. The Ferris wheel was brought to St. Louis Missouri for the 1904 World's Fair. "The Louisiana Purchase Exposition" the St. Louis World's Fair was opened to the public on April 30, 1904. 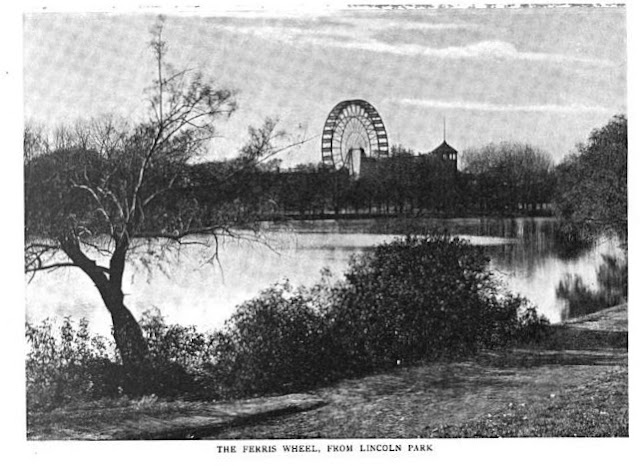 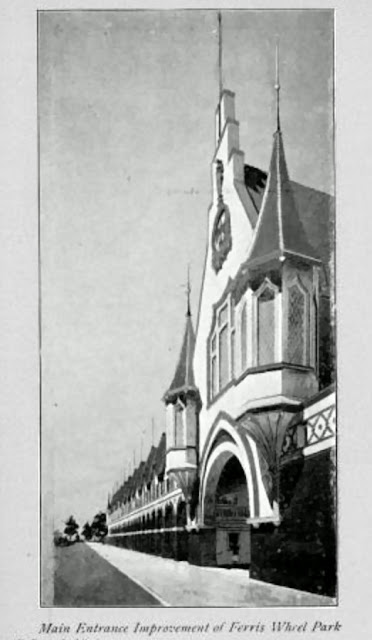 After the St. Louis Fair, the Ferris wheel was sold for scrap when a sale to Coney Island amusement park failed to materialize. It was destroyed with 100 pounds of dynamite (after several attempts), and the parts were taken away for salvage. Local legend says the Ferris Wheel's axle was buried with the rest of the fair's rubble in makeshift landfills in Forest Park in St. Louis, Missouri.