Where did you say Route 66 started? 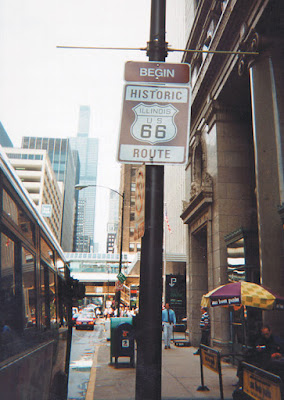 US 66 was established on November 11, 1926.
The original eastern terminus was at the intersection of Jackson Boulevard and Michigan Avenue in downtown Chicago in 1926.

In 1937, the start was moved half a mile east because of the reclaimed land that is now Grant Park. So after 1937, the starting point of RT 66 was the intersection of Jackson and Lake Shore Drive (US Route 41).
To confuse matters further, in 1955, Jackson became one-way eastbound. So Adams Street, one block north, became the westbound route 66. Adams Street begins at the entrance to the Art Institute of Chicago. Today you can see a sign marking the start.

It remained there until the eastern terminus of Interstate 55 was completed at Lake Shore Drive. That became the end of Route 66 until I-55 completely replaced Route 66 in Illinois until Route 66 was decommissioned.

Historic Route 66, and all its realignments, are well marked in Illinois. 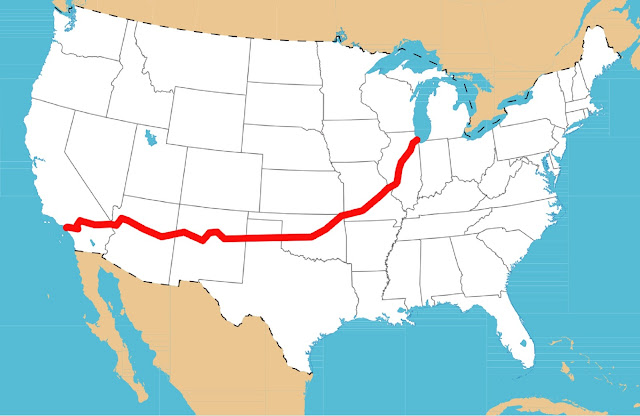 Email ThisBlogThis!Share to TwitterShare to FacebookShare to Pinterest
Living History of Illinois and Chicago® Chicago, Illinois Route 66, Photograph(s) Only, Transportation