Robert Hall Clothier, Inc., popularly known simply as Robert Hall, was an American retailer that flourished from about 1937 to 1977. Although based in Connecticut, its warehouse-like stores were mostly concentrated in the New York and Los Angeles basins.
According to a Time magazine story of 1949, the corporate name was a complete invention; the actual founder was a garment merchant, Jacob Schwab, who "plucked the name out of the air."
Robert Hall pioneered the low-overhead, large-facility ("big-box") merchandising technique and combined inexpensively made goods with extensive radio and television advertising. Many Americans who grew up in the 1950s and 60s recall the commercial jingles of those times. 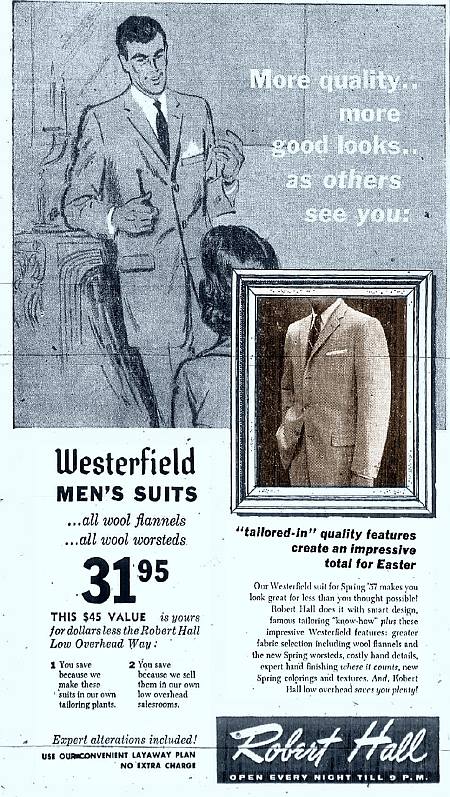 The company also operated outlets called Robert Hall Village. Robert Hall's clothing was sold alongside other merchandise in stores of approximately 120,000 square-foot in what's considered one of the forerunners of the discount superstore concept. Non-clothing retail areas were leased to other companies.
They were known for their inexpensive men's suits... about $50.00 in its heyday, with no charge for alterations. A joke made the rounds that the suits would fall apart at the seams in short order after being tailored. So truthful was that comment that eventually comical skits about the suits' quality became common. 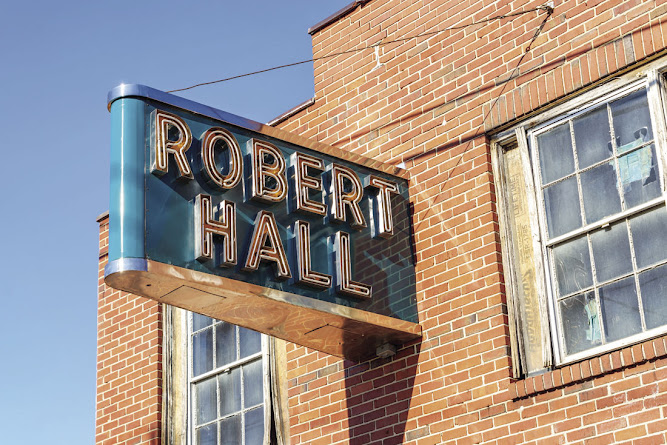 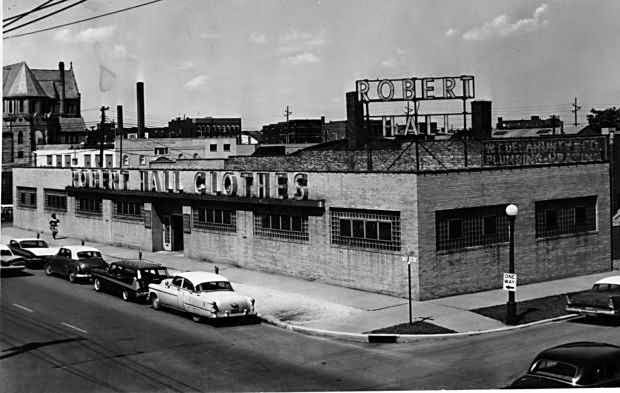 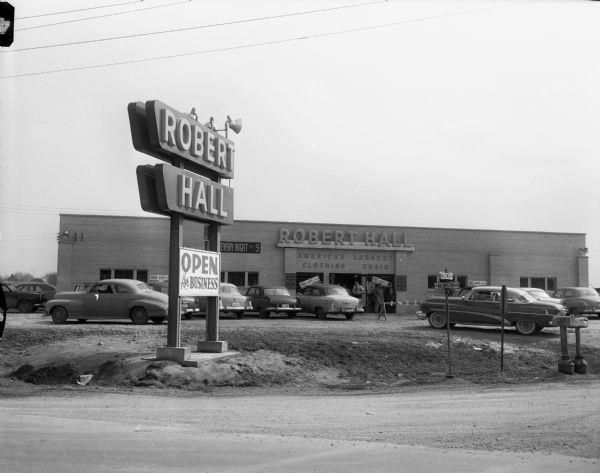 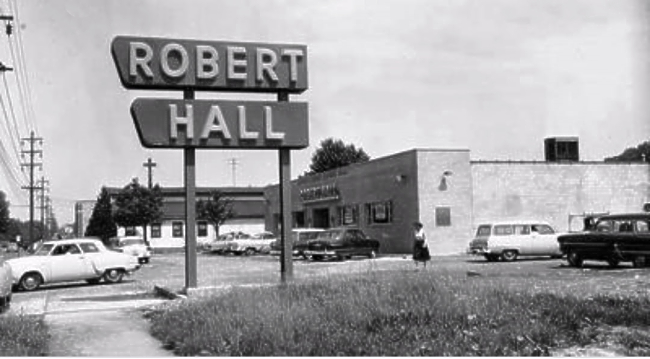 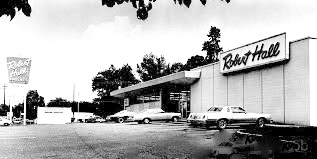 In July 1977, Robert Hall's parent company, United Merchants and Manufacturers, filed for bankruptcy, citing losses from the Robert Hall chain as the reason for filing. All Robert Hall stores were closed, and inventory was auctioned off.