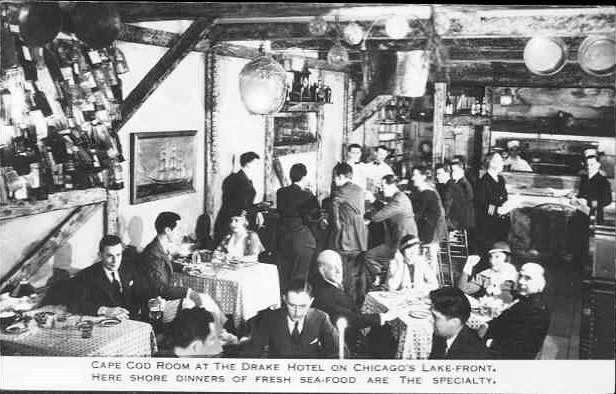 On December 6th, 1933, the day after prohibition was repealed, Coq d’Or Restaurant & Lounge opened to the favor of thirsty patrons eager to purchase a 40 cent whiskey. In the 1940s it became a local hangout for reporters, politicians, and even some notorious characters, though it never lost the true Chicago crowd. 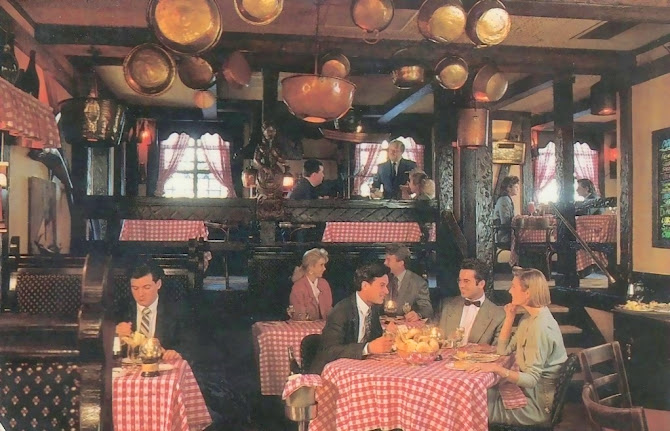 In 1940, The Drake sign was illuminated solidifying the hotel’s rightful place in the most internationally recognized skyline. The 40s proved to be a decade of colossal change, both at The Drake and around the world. The Palm Court changed seasonally to accommodate the changing palate of the sophisticated patrons. In the winter, to set the holiday tone, the fountain was replaced with a 2,000-pound fireplace. In the summer, to get the cool lake breeze, the ceiling was open and the fountain was filled with fresh water. Throughout the 50s and 60s, the political and social climate of Chicago was evolving and The Drake was inclined to develop alongside the city. By the 1970s the John Hancock Center towered over The Drake, providing a frame of evolution for the half-century hotel.

In 1980 Hilton International acquired The Drake Hotel and restored it to its former glory. The Drake Hotel guests see today provides the grandeur of the past and accommodations fitting for today’s high society. 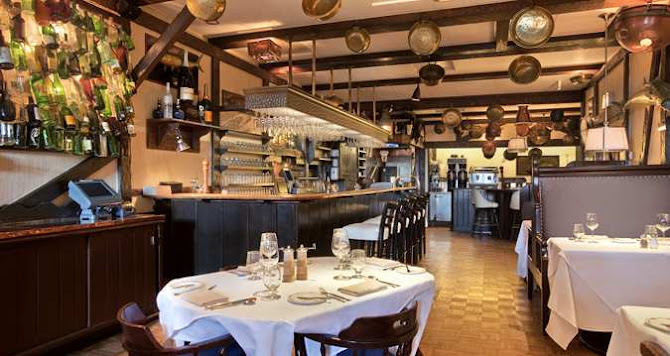 "As part of The Drake's comprehensive renovation plan, the Cape Cod Room will be closing permanently after New Years' Eve dinner service, December 31, 2016. After the Cape Cod closing, its iconic dishes including Bookbinder's Soup - Original Recipe, oysters Rockefeller, crab cakes, Cape Cod seafood boil, and baked Alaska, will be featured menu items in the Coq d’Or Restaurant & Lounge to continue to enjoy. As well, the memorabilia will be preserved within the hotel."
The Authentic Bookbinder's Soup Recipe from Master-Chef Marshall at The Drake.
The Camellia House Restaurant in The Drake Hotel, Chicago. (1940-1977)
INDEX TO MY ILLINOIS AND CHICAGO FOOD & RESTAURANT ARTICLES.