Raising Chicago Streets Out of the Mud in 1858. The feat of an era.

During the 19th century, the elevation of the Chicago area was not much higher than the shorelines of Lake Michigan, so for many years, there was little or no naturally occurring drainage from the city surface. The lack of drainage caused unpleasant living conditions, and standing water harbored pathogens that caused numerous epidemics. Epidemics including typhoid fever and dysentery blighted Chicago six years in a row culminating in the 1854 outbreak of cholera that killed six percent of the city's population.

The crisis forced the city's engineers and aldermen to take the drainage problem seriously, and after many heated discussions — and following at least one false start — a solution eventually materialized. In 1856, engineer Ellis S. Chesbrough drafted a plan to install a city-wide sewerage system and submitted it to the Common Council, which adopted the project. Workers then laid drains, covered and refinished roads and sidewalks with several feet of soil, and raised most buildings to the new grade with hydraulic jacks.
The first masonry building in Chicago was raised in January 1858. It was a four-story, 70-foot long, 750-ton brick structure situated at the northeast corner of Randolph and Dearborn Streets. It was lifted on two hundred jackscrews to its new grade, 6 feet 2 inches higher than before, "without the slightest injury to the building." This was the first of more than fifty similar-sized buildings raised that year.

By 1860, confidence was sufficiently high that a consortium of no fewer than six engineers, James Brown, James Hollingsworth, and George Pullman. They took on one of the most impressive locations in the city and hoisted it entirely up to grade in one go. They lifted half a city block on Lake Street, between Clark Street and LaSalle Street; a solid masonry row of shops, offices, printer shops, etc., 320 feet long, comprising of 4 and 5-story brick and stone buildings. The footprint took up almost one acre. The estimated all-in weight, including sidewalks, was 35,000 tons. 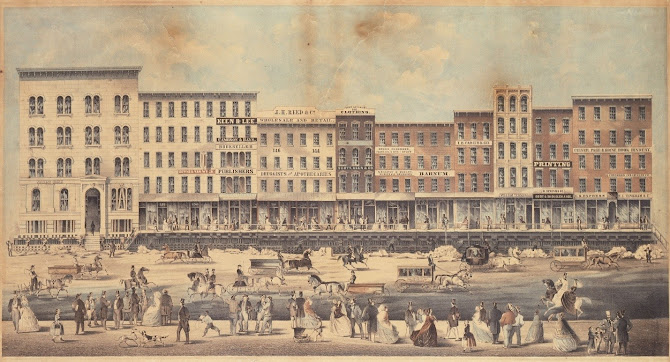 It was business as usual while the buildings were being raised. People worked and shopped in them as if nothing out of the ordinary was happening.
In five days, the entire assembly was elevated 4 feet 8 inches in the air by a team of 600 men using 6,000 jackscrews. The next step is to build a new foundation. The spectacle drew crowds of thousands, and people were permitted to walk under the lifted buildings among the jackscrews on the final day.

The following year a team led by Ely, Smith, and Pullman raised the Tremont House hotel on the southeast corner of Lake Street and Dearborn Street. This building was luxuriously appointed, was of brick construction, was six stories high, and had a footprint of over 1-acre. Once again, business as usual was maintained as this vast hotel parted from the ground it was standing on. Indeed some of the guests staying there at the time, among whose number were several VIPs and a US Senator, were utterly oblivious to the feat as the five hundred men operating their five thousand jackscrews worked under covered trenches.
One patron was puzzled to note that the front steps leading from the street into the hotel were becoming steeper every day and that when he checked out, the windows were several feet above his head, whereas before, they had been at eye level. This huge hotel, which until just the previous year had been the tallest building in Chicago, was, in fact, raised fully 6 feet without a hitch.

Another notable feat was raising the Robbins Building, an iron building 150 feet long, 80 feet wide, and five stories high, located at the corner of South Water Street and Wells Street. This was a big building; its ornate iron frame, twelve-inch thick masonry wall-filling, and "floors filled with heavy goods" made for a weight estimated at 27,000 tons, a large load to raise over a relatively small area. Hollingsworth and Coughlin took the contract and, in November 1865, lifted not only the building but also the 230 feet of stone sidewalk outside it. The total mass of iron and masonry was raised 27.5 inches, "without the slightest crack or damage.

There is evidence in primary document sources that at least one building in Chicago, the Franklin House on Franklin Street, was raised hydraulically by the engineer John C. Lane of the Lane and Stratton partnership. These gentlemen had been using this method of lifting buildings in San Francisco since 1853.

Many of central Chicago's hurriedly erected wooden frame buildings were now considered wholly inappropriate to the burgeoning and increasingly wealthy city. Rather than raise them several feet, proprietors often preferred to relocate these old frame buildings, replacing them with new masonry blocks built to the latest grade. Consequently, the practice of putting the old multi-story, intact and furnished wooden buildings, sometimes entire rows of them all at the same time — on rollers and moving them to the outskirts of town or to the suburbs was so common as to be considered nothing more than routine traffic. 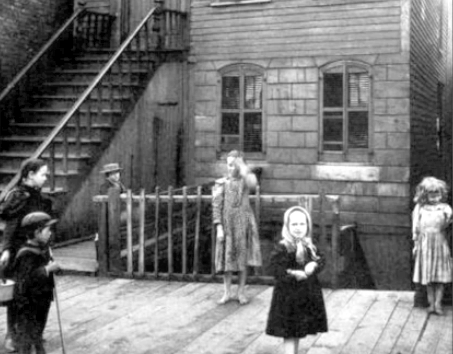 The raising of Chicago became the talk of the nation. Still, for the people of Chicago, the enormous undertaking not only solved a problem but also testified to the young city's character. "Nothing," noted an early historian, "better illustrates the energy and determination with which the makers of Chicago set about a task when once they had made up their minds than the speed and thoroughness with which they solved the problem of the city's drainage and sewage." 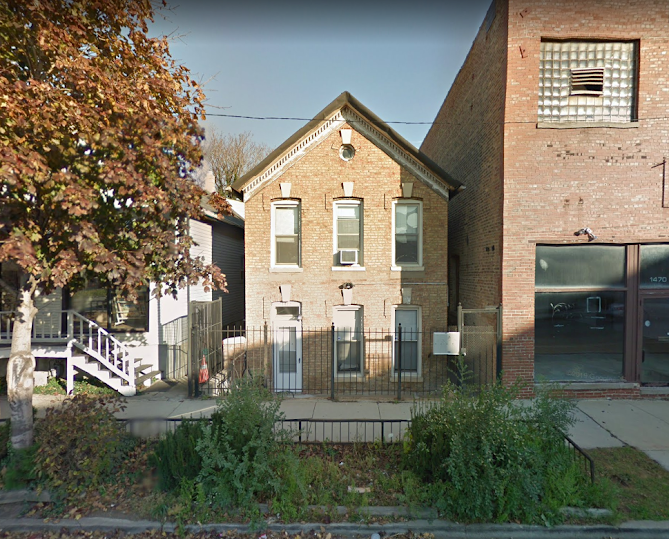