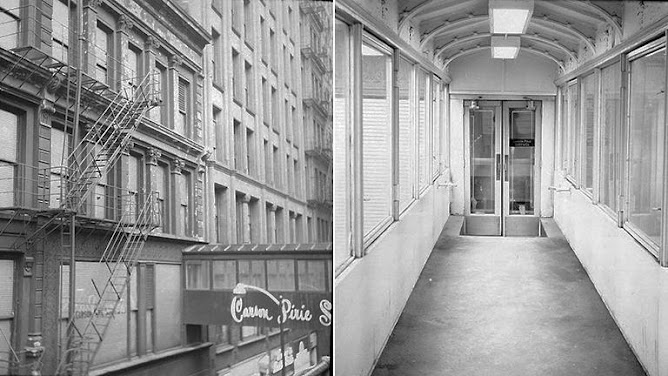 The first and most famous such entrance led from the Madison and Wabash CTA station into Carson Pirie Scott & Co., which was the "Schlessinger and Meyer Department Store" in 1900 when the bridge was built. Some referred to it as the “crystal bridge." Architect Louis Sullivan made the bridge every bit as ornate as the store, which of course he also designed. 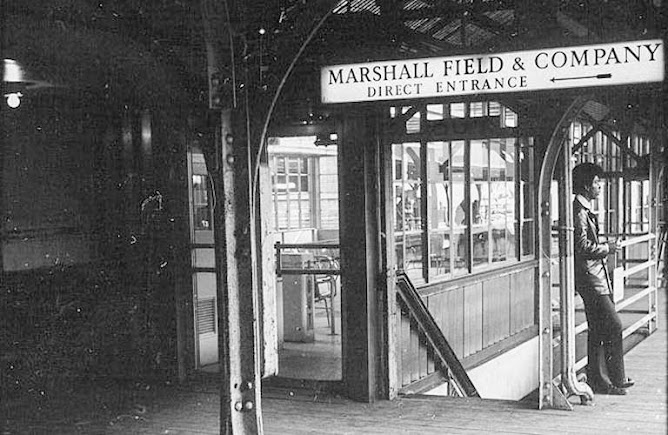 This is the direct entrance into the 2nd floor of the Marshall Field’s State Street store from the Wabash Avenue elevated 'L' station at Randolph Street. There was also a subway entrance to Field's into the first basement level on the State Street side.
Other department stores and buildings in Chicago's Loop had dedicated entrances from the Chicago Transit Authority (CTA) elevated or subway rapid transit stations including Goldblatt’s, Woolworth's, and Sears & Roebuck.

Email ThisBlogThis!Share to TwitterShare to FacebookShare to Pinterest
Living History of Illinois and Chicago® Chicago, Photograph(s) Only, Transportation