Merrill C. Meigs Field Airport (ICAO: KCGX) was a single strip airport that was built on Northerly Island, the man-made peninsula that was also the site of the 1933–1934 Century of Progress World's Fair in Chicago. 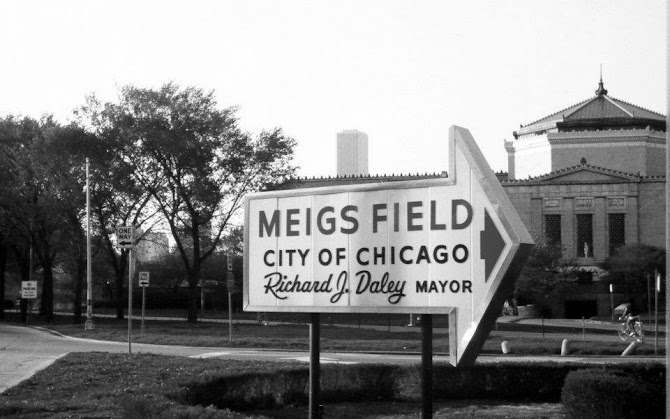 The airport opened on December 10, 1948, and became the country's busiest single-strip airport by 1955. The latest air traffic tower was built in 1952 and the terminal was dedicated in 1961. The airfield was named for Merrill C. Meigs, publisher of the Chicago Herald and Examiner and an aviation advocate. 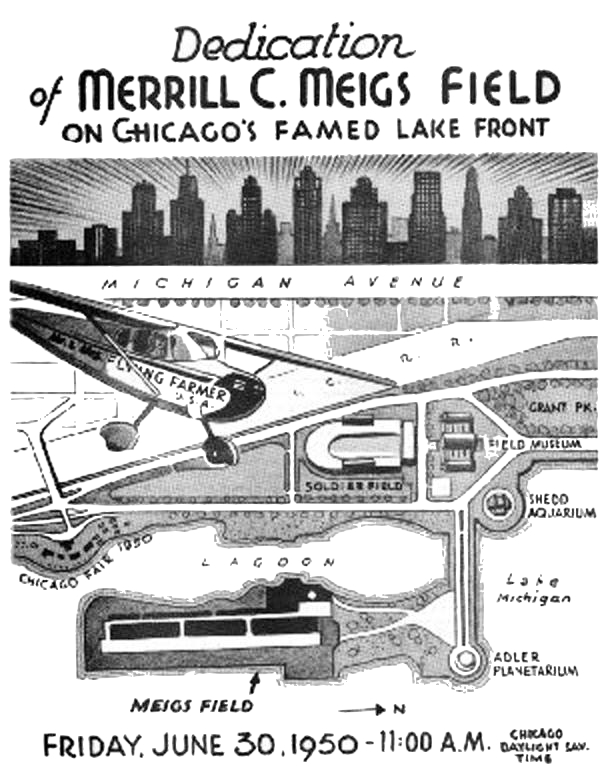 Northerly Island, owned by the Chicago Park District, is the only lakefront structure to be built based on Daniel Burnham's 1909 Plan of Chicago. 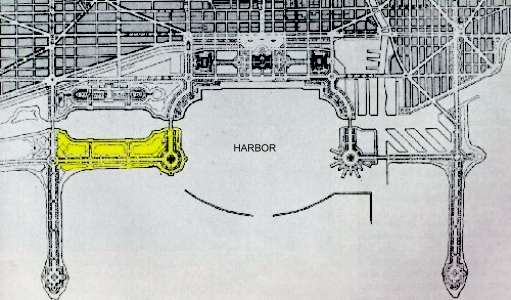 The island was to be populated by trees and grass for the public enjoyment by all. However, drafted less than six years after the Wright brothers' historic flight on December 17, 1903, the 1909 plan did not envision any airports for Chicago. 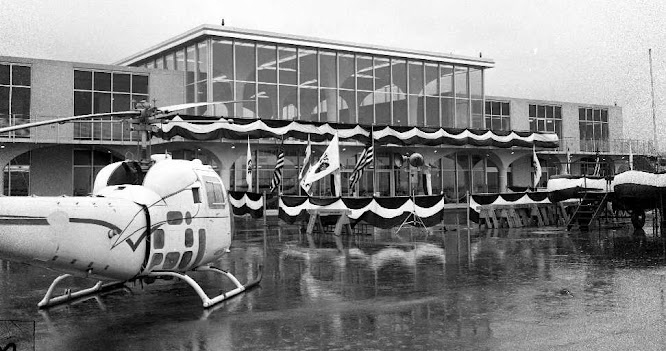 The Main Terminal Building was operated by the Chicago Department of Aviation and contained waiting areas as well as office and counter space. The runway at Meigs Field was nearly 3,900 by 150 feet. In addition, there were four public helicopter pads at the south end of the runway, near McCormick Place. The north end of the runway was near the Adler Planetarium. The airport was a familiar sight on the downtown lakefront.
In a controversial move on March 31, 2003, the airport achieved international notoriety when then Chicago Mayor Richard M. Daley ordered city crews to bulldoze the runway at night and without the 30-day advance warning required by FAA regulations. 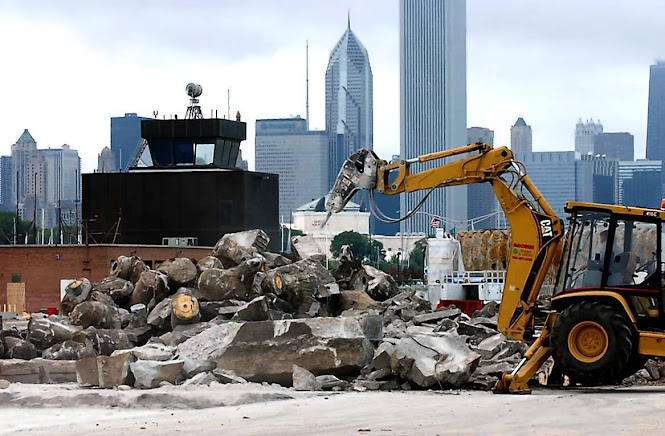 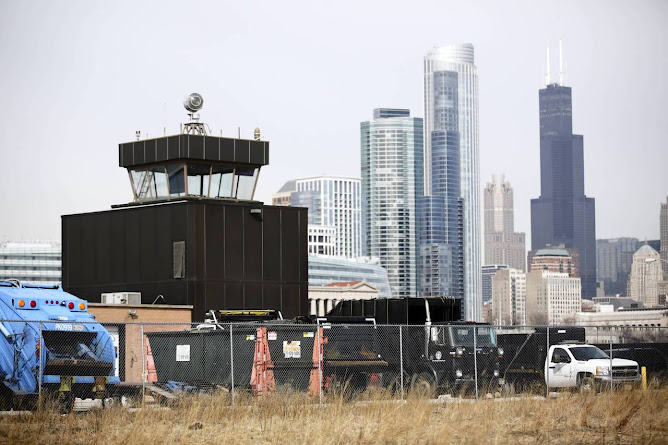 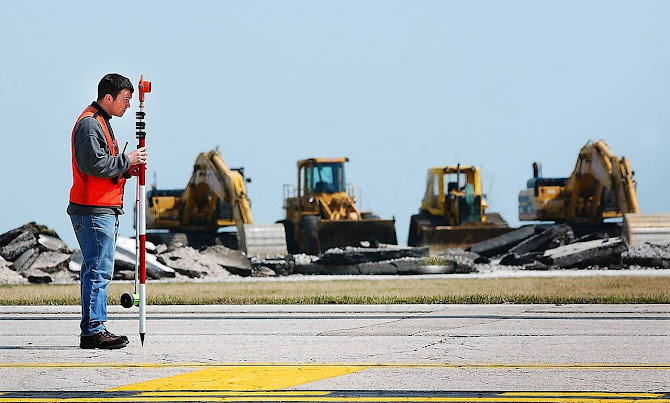 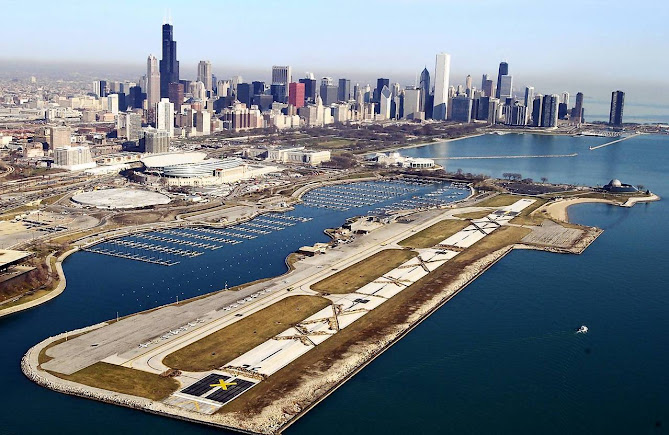 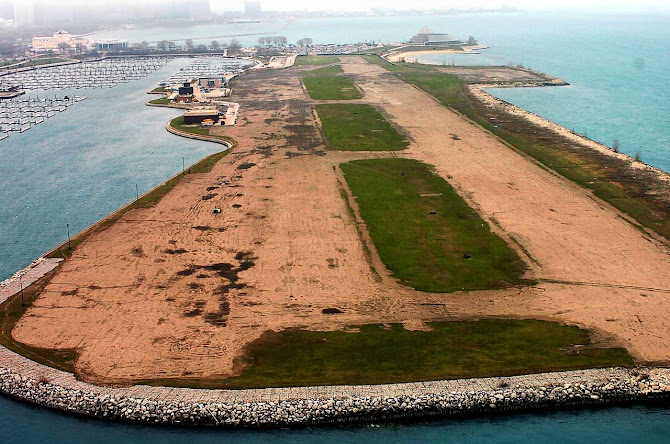 The Northerly Island's 91-acre peninsula juts into Lake Michigan at the heart of Chicago's Museum Campus has been repurposed as Daniel Burnham's 1909 Plan of Chicago envisioned. The majority of this space is dedicated to nature and features beautiful strolling paths, casual play areas and a spectacular view of the Chicago skyline. 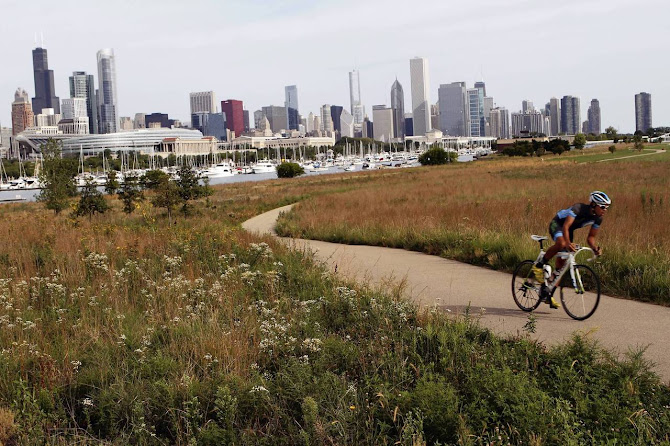 MEIGS FIELD TIMELINE
In 1972, Mayor Richard J. Daley proposed Meigs' closure, but he backed down when threatened with the loss of federal FAA funding.

In 1980, Mayor Jane Byrne proposed Meigs' closure for the 1992 World's Fair if the City was chosen as the host city.

In 1992, the City Department of Aviation published its intent to close the airport in its annual report.

In 1994, Mayor Richard M. Daley announced plans to close the airport and build a public park in its place on Northerly Island.

In September of 1996, the Park District & Department of Aviation closed Meigs. Within two months, the State Legislature voted to reopen the airport under state control. In January 1997, Governor Jim Edgar & Mayor Daley struck a bargain: Meigs would reopen for 5 years, with the City retaining control of the airport.

Meigs was reopened in February 1997.

In 2001, a compromise was reached between Chicago, the State of Illinois, and others to keep the airport open for the next twenty-five years. However, the federal legislation component of the deal did not pass the United States Senate.

On March 31, 2003, in the early morning hours, with a Chicago Police escort, the city bulldozed the runway at Meigs Field.

The FAA fined the city $33,000 for closing an airport with a charted instrument approach without giving the required 30-day notice. This was the maximum fine the law allowed at the time.

On September 17, 2006, the city dropped all legal appeals and agreed to pay the $33,000 fine and REPAY the $1 million dollars in FAA Airport Improvement Program funds that it used to destroy the airfield and build Northerly Island Park.

Email ThisBlogThis!Share to TwitterShare to FacebookShare to Pinterest
Living History of Illinois and Chicago® Chicago, Government, Maps and Plats, Transportation