Long overlooked by preservationists, these quirky modernist buildings give a jolt of Southern California nostalgia to a sleepy stretch of Chicago's Northwest Side.

The buildings aren’t the work of celebrated modernist architects such as Ludwig Mies van der Rohe or Skidmore, Owings & Merrill. They bear no resemblance to the towering glass and steel monuments to postwar rationalism that you see downtown. They house doctors’ offices and dry cleaners, furniture stores and accounting firms. Some are vacant, their hedges and topiary gone to seed. But with their zigzagging roof-lines, staggered façades, wildly geometric entrances, and 1960s flair, these low-rise gems — arrayed along an otherwise unremarkable stretch of Peterson Avenue between Western and Central Park Avenue — are as fascinating to architectural photographer and critic Lee Bey as any skyscraper. “The modernism here is completely different from the modernism we associate with Chicago,” says Bey. “This is more L.A. style.”

The connection to America’s car culture makes sense because Peterson — a stretch of U.S. Route 14 — was still a main driving route into and out of the city in the late ’50s and the ’60s, when most of these buildings went up. “Here’s a traffic-heavy thoroughfare that’s also a neighborhood business strip,” Bey says. “Where do you look to find a building prototype that can catch the eye — act as its own sign to passing drivers — and still be a corner store, a small corporate office, a clinic?” The answer, decidedly, was Southern California, where the modernist vernacular took similarly offbeat forms along countless commercial streets. There’s an understated genius to these buildings, which sing with grace notes like shade-giving canopies, flagstone partitions, artful brickwork, and entrances shielded from the street by screens and low walls. Such features offer occupants what Bey calls “a bow to privacy” on a street that was once a bustling gateway to the city. 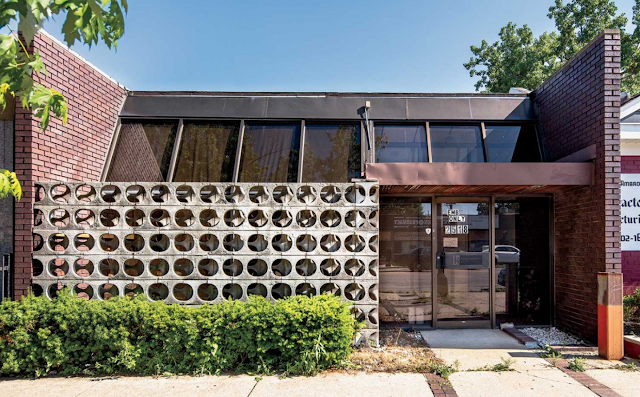 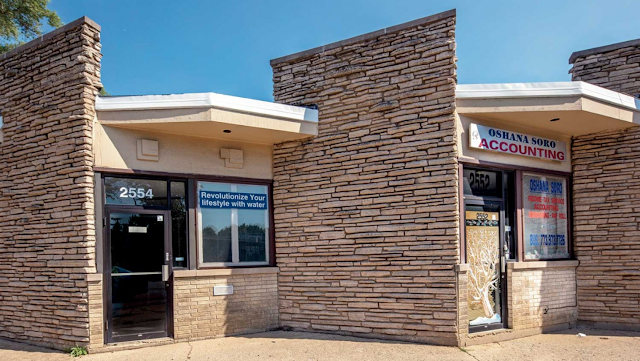 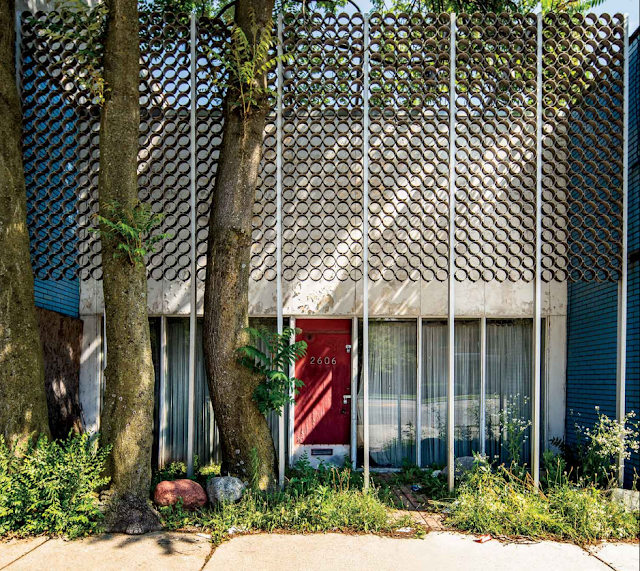 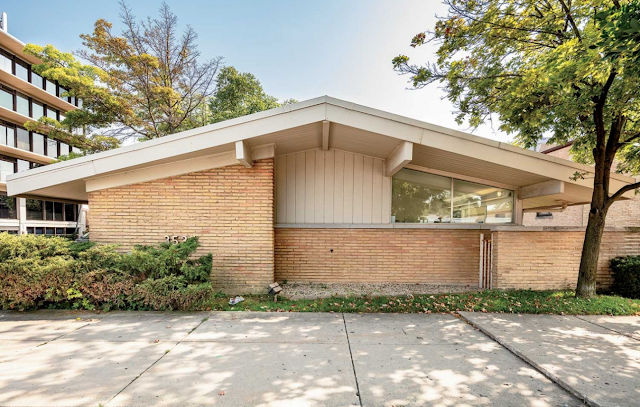 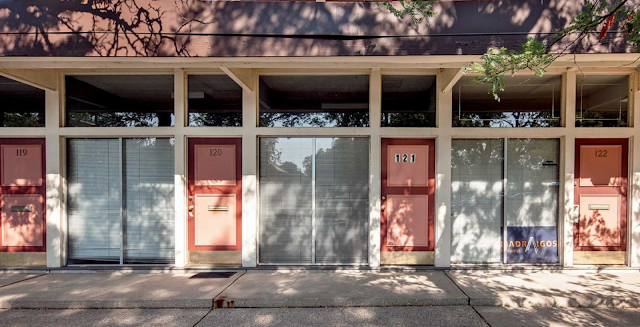