Bounce Land Trampoline Parks were around from the late 50s to the early 60s. The Lincoln Devon Bounce Land was at 6301 N Lincoln Avenue, Chicago, Illinois.
Many people associate this Bounce Land with Hollywood Kiddieland Amusement Park in Chicago. Still, as you can see from the map I created, they are different businesses and a few blocks from each other. 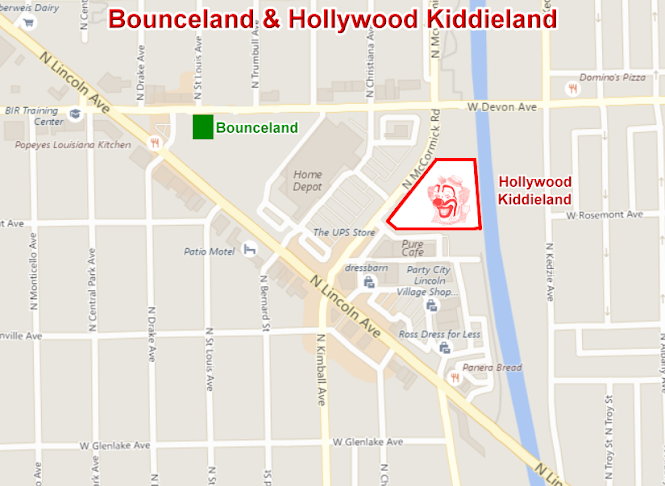 Martin Brunderman opened the park as Americans were swept from one fad to another: miniature golf, hula hoops, and trampoline parks. 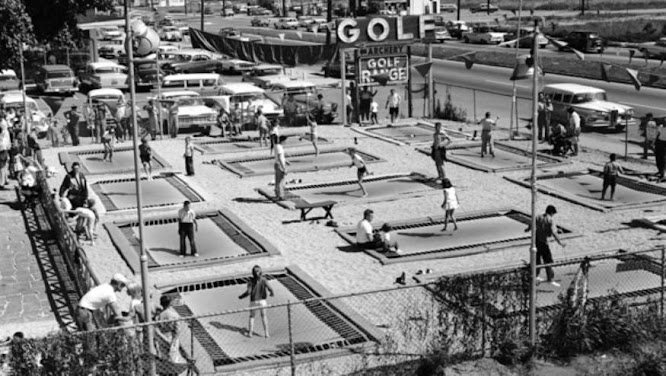 Several centers were opened around the Chicago area and in communities around America. Visitors paid 50¢ for one half-hour on one of the trampolines, according to Chicago Tribune archives from the early 1960s. I personally attended the one on Devon Avenue in Chicago. The trampolines were leg-less and laid inches above ground level, over an open pit about 3 feet deep. 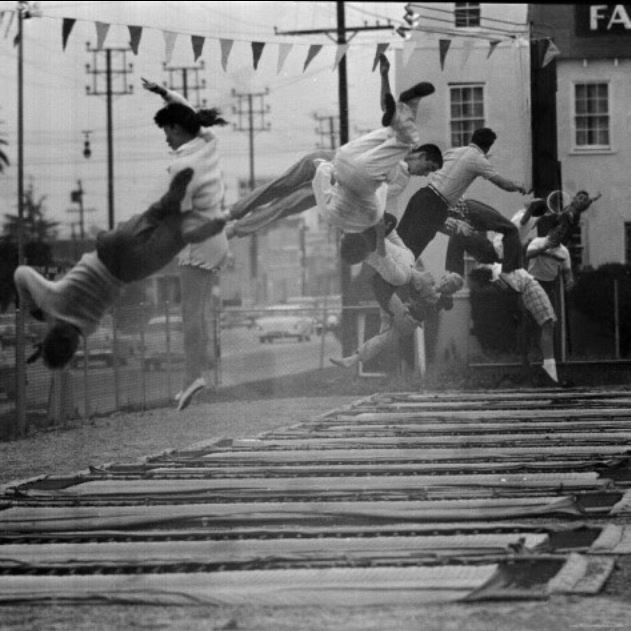 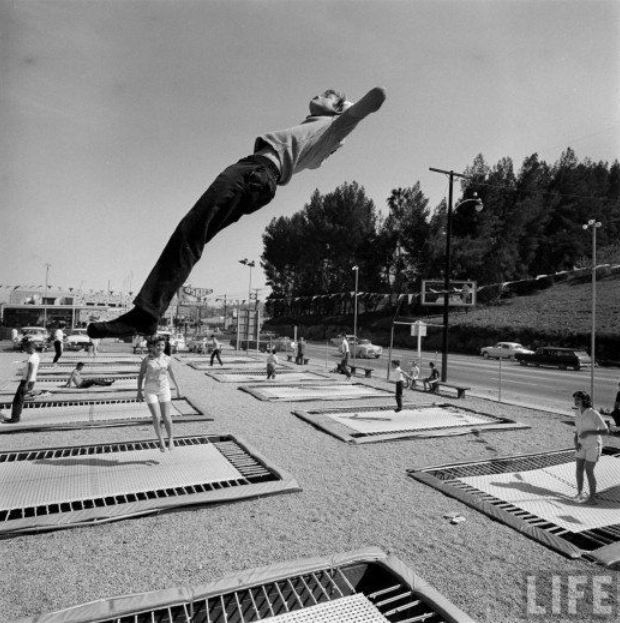 Tons of fun, Right?
But then things turn sour. In November 1960, a father and daughter sued Bounce Land for $50,000 in damages, claiming that a 6-year-old girl suffered a sprained right foot when she fell from a trampoline. The article said that when her father, James Jennings, bounced on the trampoline to see what was wrong with it, he came down on steel supports, suffering a back injury that forced him to be hospitalized for six weeks. 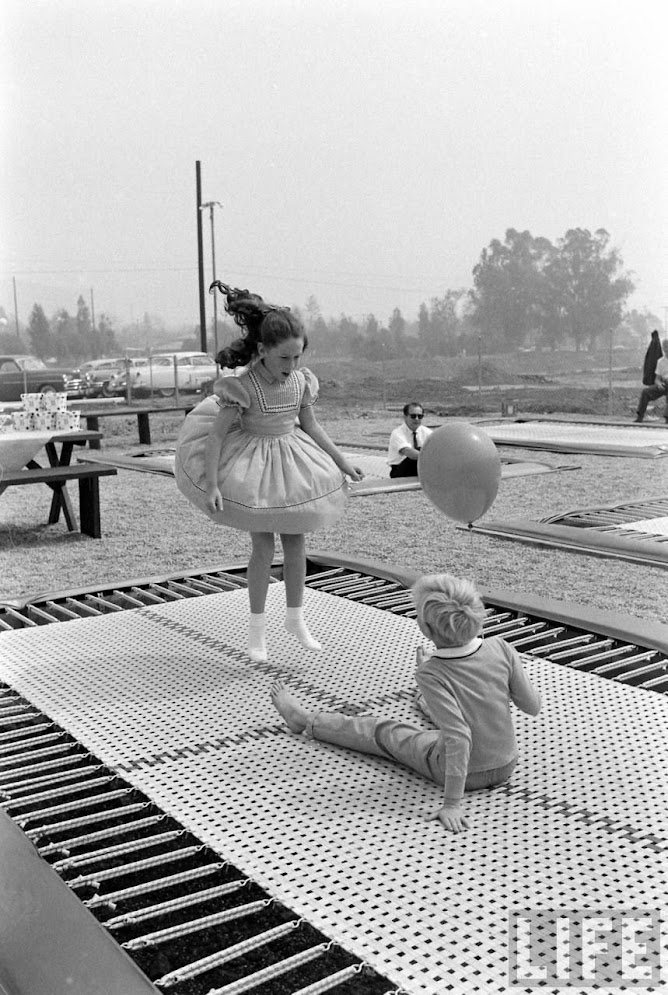 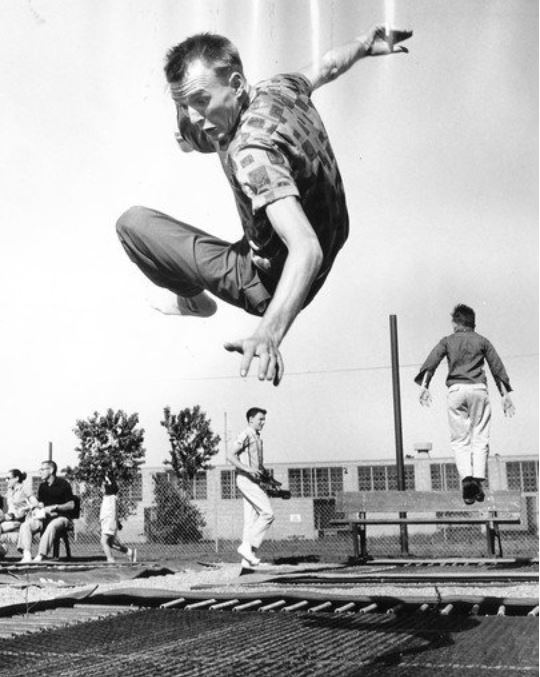 Another story from June 1964 said an Oak Park man was granted $150,000 by a Circuit Court jury after being paralyzed from the waist down in a trampoline accident.

John L. Shea was 18 when he paid 50¢ to use a trampoline at Bounce Land in Melrose Park, Illinois, for 30 minutes. He was thrown off balance by defective springs and hospitalized for one year.