The Commodore and Green Briar Apartments History, and the Story; "Ruby Dean Murders Dr. Louis Quitman at the Commodore in 1917."

German immigrant Ernst Johann Lehmann began his career in Chicago by opening a small jewelry store on Clark Street. By 1874 he had been so successful that he moved his business to the prestigious corner of State and Adams. He called the new store "The Fair," a name that assured customers that they would be treated fairly.
By 1882 The Fair store occupied every building along the north side of Adams between State and Dearborn Streets. But such amazing success did not come without some difficulty, and Lehmann's story does not end happily.
1890 could have been a better year for the great merchant. On April 7 at 2:00 in the afternoon, Lehmann was driving a "pair of spirited horses attached to a phaeton (a light, open, four-wheeled horse-drawn carriage)," according to the Chicago Tribune. He got stuck in the mud on the south of Grand Crossing on the south side. As he urged the team to pull the carriage out of the mire, one of the horses flipped out, broke loose, and headed off into the marsh. Mr. Lehmann was dragged from the carriage but was able to chase after the horse. Neither the merchant nor the horse reappeared, and there was some concern for his safety.
A little over a month later, it was announced that the entire south half of the block bounded by Dearborn, State, Monroe, and Adams streets had been leased to The Fair in a deal amounting to a little over three million dollars. A great emporium would be constructed on the site, twelve stories high, costing two million bucks. The building would be the largest in the city and, in fact, the largest in the world devoted to merchandising.
By May 22, a Probate Court jury agreed to the following writ:

“We, the undersigned jurors in the case of Ernst J. Lehmann, alleged to be distracted, having heard of the evidence in the case, find from such evidence that Ernst J. Lehmann is distracted and is incapable of managing and controlling his estate; that he is a resident of Cook County, and is aged about 41 years, and has been in such condition for the period of about three months prior to this date.”     —Chicago Tribune, May 23, 1890

The three witnesses at the hearing agreed that Mr. Lehmann's "special mania" seemed to involve spending money. "While walking along the street, he would stop and purchase a horse which happened to catch his eye, or drop into a jeweler's and buy valuable diamonds, and he would carry the jewels around loose in his trousers pockets."
Mrs. Augusta Lehmann was appointed as the conservator of her husband's estate, and he was carted off to the Bloomingdale Asylum for the Insane in White Plains, New York. Ernst Lehmann died of heart failure ten years later at the asylum.
With an estate of ten million dollars at their disposal, the Lehmann clan had become interested in real estate even before poor old Ernst passed on. In 1897, the swank "Lessing" Apartment building, designed by Edmund Krause, was finished on Surf and Evanston Street, now Broadway. Seven years later, the Lessing Annex was completed just to the south.

The Lessing is now the Commodore; the Lessing Annex is called "The Green Briar" today.

The Lessing was marketed to an upscale clientele and had 86 apartments, some of them with as many as eight rooms. Architect Edmund R. Krause broke the huge six-and-one-half-story complex into a series of projecting units with deep but narrow courts between them to provide light and ventilation. The Roman brick façade is organized into the classic three-part design of the Chicago School. Although there is a nifty oculus (a circular opening, especially one at the apex of a dome or structure), it is minimally decorated, centered at the top of each projecting bay.

When The Lessing was completed, it boasted 86 apartments, some of which had eight rooms. The apartment building was marketed to an exclusive clientele, folks who had moved to the north side of the city, having discovered the peaceful quality of life in Lakeview and its proximity to the city and the lake.

Even an upscale apartment building has its troubles; trouble came five years after the building was finished. On January 26, 1902, a fire started in the basement and moved quickly to the second floor utilizing an air shaft. Smoke filled the building as residents fled in their nightclothes, finding safety in the frigid darkness of Surf Street.
sidebar

On the sixth and top floor of the Commodore was a ballroom, which, according to legend, was used by Al Capone as a speakeasy during prohibition. Unsubstantiated rumors exist about an escape tunnel between the Commodore and the Green Briar apartments across the street.

Chicago Tribune, Sunday, April 15, 1928 - News article excerpt:
"Realty Concern Adds Women to Rental Forces." Mc Menemt and Martin, Inc. announced the addition of a considerable number of women to their rental staff during the last few months. Mrs. K. Larimer is in charge of the Commodore and the Green Briar apartments.
The quiet apartment building was again disturbed in 1917 when a lurid tale of deceit and betrayal led to a murder that reads like a novel (see story below).
Compiled by Dr. Neil Gale, Ph.D.

MURDER AT THE COMMODORE IN 1917.
Shoots When She Learns He is Married.
Dr. Louis H. Quitman Wounded by Cabaret Singer, May Die.
Miss Ruby Dean is a divorcee, married when she was 16. Before taking up singing and dancing, she was a telephone operator in St. Louis. Ruby was also learning to play the pipe organ and often played and sang in churches on Sundays. Ruby met Louis at the Federal Inn in Chicago, where she performed, and he sent her a note from his table. She didn't know he was married with a child; he didn't tell her.
Miss Ruby Dean, a cabaret singer living in a second-floor flat in the Lessing apartments at 550 Surf street, learned from "a lady Friend" that Dr. Louis H. Quitman, 34, a veterinarian, is married. Last night (Thursday, September 6, 1917) at 9:30, when Quitman called at her flat, she shot him, and he is not expected to recover. Miss Dean is in the Sheffield Avenue Police Station, where she wailed her forgiveness and grief last night. 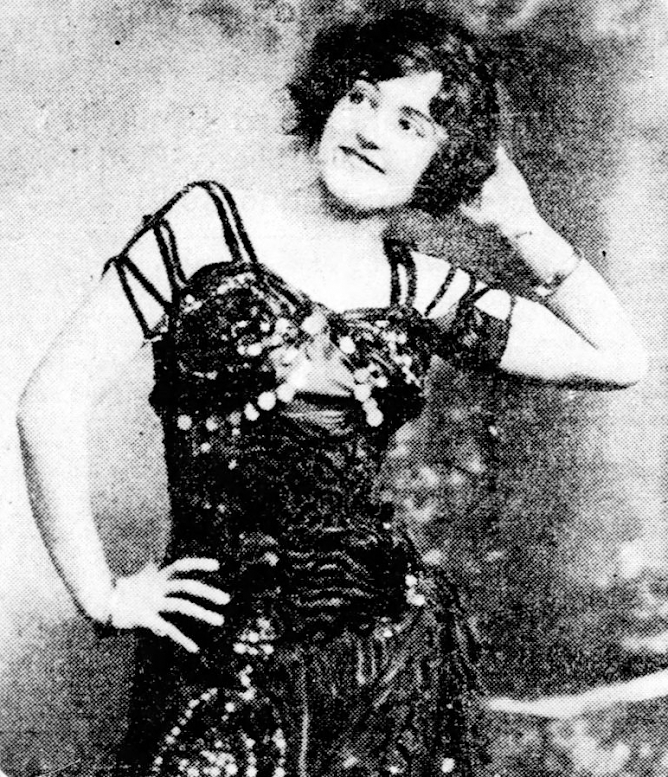 Quitman lives at 1904 West North Avenue. He has a wife and child. In a statement to an attaché of the state's attorney's office last night, Miss Dean said he had been paying attention to her as a single man. But she protested that she loved him and implored the fates to permit him to recover.
Loves Him Still
"I was wild about him," she said. "I love him still. He told me he wasn't married and that he was going to marry me. He was always in my apartment, and he came there often, and he came there tonight. But a friend of mine told me he was married, and I asked him about it, and we quarreled."
At some point in the quarrel, the girl seized a revolver and fired once. The bullet struck Quitman in the stomach, and he fell without a word. Policeman Edward Olson heard the shot. He found the girl in hysterics beside the form of Quitman. An ambulance was called, and the wounded man was taken to the German American hospital. His wife hurried to his side. The girl was taken to the Sheffield avenue police station.
— Chicago Tribune, Friday, September 7, 1917.
Verging on hysteria, Miss Ruby Dean, the cabaret singer who Thursday night was accused of shooting Dr. Louis H. Quitman, a veterinarian of 1904 West North Avenue, spent yesterday in a cell in the Chicago Avenue police station and declared she could remember none of the details of the shooting.
"There was no quarrel," she said. "We had been good friends. We were scuffling over the revolver he gave me, and it discharged. I did not know he was married, but I loved him."
In the German-American hospital, an operation was performed on Quitman, and the bullet was removed. It was said he has a good chance of recovery.
— Chicago Tribune, Saturday, September 8, 1917.
Dr. Quitman died on Saturday, September 8, 1917, at 10 o'clock in the morning.
A charge of murder was placed against Ruby Dean, on Saturday, September 8, following the death of Dr. Louis Quitman. She is being held without bail in the East Chicago avenue station pending the coroner's inquest next Thursday.
She was being arraigned before Judge Caverly in the Chicago avenue court when word of the death was sent to the courtroom. The judge had already fixed bonds of $20,000 on the original charge of assault with a deadly weapon with intent to kill, but upon being informed of the death, he decided to hold her without bail. 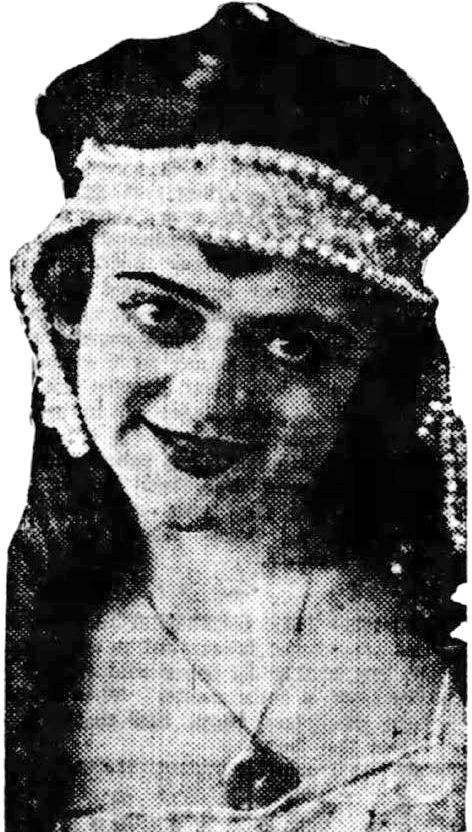 "It can't be true that my Leo is dead," she cried. "Oh, my poor Leo. No one knows how he cared for me. I simply can't stand it. I'll go mad," and she flung herself on her cot. The matron tried to quiet Miss Dean. "Go away," the girl screamed. "You don't know. Oh, if people only knew how he cared for me."
"I want to be alone — alone," she moaned. The matron, the doctor, and the newspapermen departed, leaving her sitting on the cot, crooning Quitman's first name.
With his unexpected death, the police are confronted with a puzzling situation. In his first statement, immediately after the shooting, Dr. Quitman accused the cabaret singer of shooting him. But in an antemortem (before death) report, he absolved her from blame, asserting that he was shot accidentally while they were scuffling for possession of a revolver.
Miss Dean will be kept in custody for the coroner's inquest.
Friday, September 14, 1917
Ruby Dean was found guilty of slaying Dr. Louis H. Quitman. She will be taken to the county jail to be held by the grand jury.
Saturday, May 4, 1918,
Ruby Dean Free; Jury Takes Less Than An Hour. One ballot acquits her of the slaying of Quitman.
After eight weary months of fear and uncertainty, which intervened after the fatal shot was fired, "twelve good men and true" gave her life and freedom yesterday in Judge Sullivan's courtroom. A quick, low laugh, which was half a sob, burst from her as the words "not guilty" were pronounced.
Presented by Dr. Neil Gale, Ph.D. at 6/19/2021 07:27:00 PM