The Pickwick Stable and Farm was located in Downtown Chicago in 1857.

Although Henry Horner the elder and Hannah lost their home, their business, and all of Henry’s precious books and papers in the Great Fire of 1871, at least they had family nearby and a way to rebuild. Dilah and her husband had just moved to an apartment on South Michigan Avenue north of 12th Street less than a year before the fire, and their dwelling survived. Henry and Hannah moved around the corner from Dilah to Park Row, an east-west side street tucked in west of Michigan between 11th and 12th Streets, near the 11th Street Illinois Central train station. Hannah relocated their grocery business, and Henry shifted it to all wholesale. However, Henry never completely recovered from the fire: his library was gone, his peace and calm had been shattered, and he increasingly suffered from asthma attacks, probably due to smoke damage to his lungs.
As far as anyone can tell, the elder Horner still owned the land after the great fire, and he was living in the city only a few blocks south of the stable site during the recovery. It appears that he rebuilt on the same spot. An avid and scholarly businessman, he wasn’t a man to let an opportunity escape him.
Despite their bitter arguments, Dilah and Solomon managed to produce three sons – James, born in March 1872 while the family was still rebuilding; Sidney, in 1873; and little Henry. Alas, the 60-year-old Henry senior never met his namesake, having died of a brain hemorrhage (probably a stroke) during the autumn of 1878, whereas baby Henry was born several weeks later on November 30. Shortly after young Henry’s birth, Solomon Levy broke with his in-laws’ firm and started his own export business; this didn’t improve matters between him and Dilah, and their marriage continued to be rocky for the next five years.
Abused but strong like her mother, Dilah didn’t suffer in silence. By 1883, she’d had enough and took her sons, moved into her mother’s house, and found herself a divorce lawyer. This was considered a drastic move and was generally discouraged back then, especially in the Jewish community. Dilah’s life would be a matter of public record. Nevertheless, the judge not only found that the marriage was beyond repair but that Levy was also “guilty of extreme and repeated cruelty” to Dilah and granted a divorce. Yet despite that, custody of James was awarded to his father because established legal precedent then required the judge to give the first-born son to the father, and that was too ingrained a practice for him to make an exception. However, only James would keep his father’s surname:  when Dilah moved in permanently with her mother, she and her two other sons retook the Horner name. Thus, the governor-to-be grew up in his grandfather’s house with his grandfather’s name.
On July 9, 1897, a Cook County judge ordered Fannie Abson and Hannah Horner to remove a gate (called a “storm door” by the judge) that they had erected to block access to Pickwick Lane, later named Pickwick Place.
Henry’s grandson, Horner the younger, was the first Jewish governor of Illinois and a liberal. A judge and a reformer, the bachelor civil servant and attorney served two gubernatorial terms (1933 to 1940), during which he enacted much of the state’s social safety net that helped many Illinoisans survive the Great Depression.
The current Pickwick Stable may or may not have been originally built for horses, but it’s spent far more of its life converted into a succession of restaurants and cafés. By the 1890s, it was known as Colonel Abson’s Chop House, an intimate eatery popular with politicians, bankers and actors of the time. Thereafter, it had a variety of tenants and names: Pickwick Café, Robinson’s, 22 East, and the Red Path Inn, among others.

The story read in part:
"William Abson’s English Chophouse at the head of Pickwick Place was just to the back of the burning building. The chophouse occupied two floors, and Mr. and Mrs. Abson reside in the 3rd floor. They were frightened by the fire, dressed hastily, and got out of the building."

In December of 1893, another Tribune article notes that Fannie Abson, listed as the proprietor of the Colonel Abson’s English Chop House (no mention is made of William), has sued for an injunction to stop F. H. Brammer and two other men from interfering with her use of the lane. Fannie Abson joined in her suit, either then or at a later date, by Hannah Horner, the widow of the Henry Horner and the grandmother of the future Illinois Governor.

Research by the Commission on Chicago Landmarks determined that the first Henry Horner had owned property adjoining the lane, including a stable that was on the land then occupied by Abson’s Chop House. The Commission’s report also indicates that the stable survived the 1871 Fire, but, based on the Judge’s 1897 ruling, that doesn’t appear to be true.
In reaching his decision, the judge states that he relied on a report prepared by Walter Butler, a Special Commissioner appointed to look into the charges and counter-charges. Throughout his ruling, the judge refers to the site of Abson’s Chop House as “the Stable lot.”
In 1855, this land was occupied by what he described as “a two-story barn.” But, according to the judge, that structure and everything around it was razed by the 1871 Fire. The improvements surrounding the alley remained substantially in the same condition from the time they were built until they were destroyed in the Great Chicago Fire. 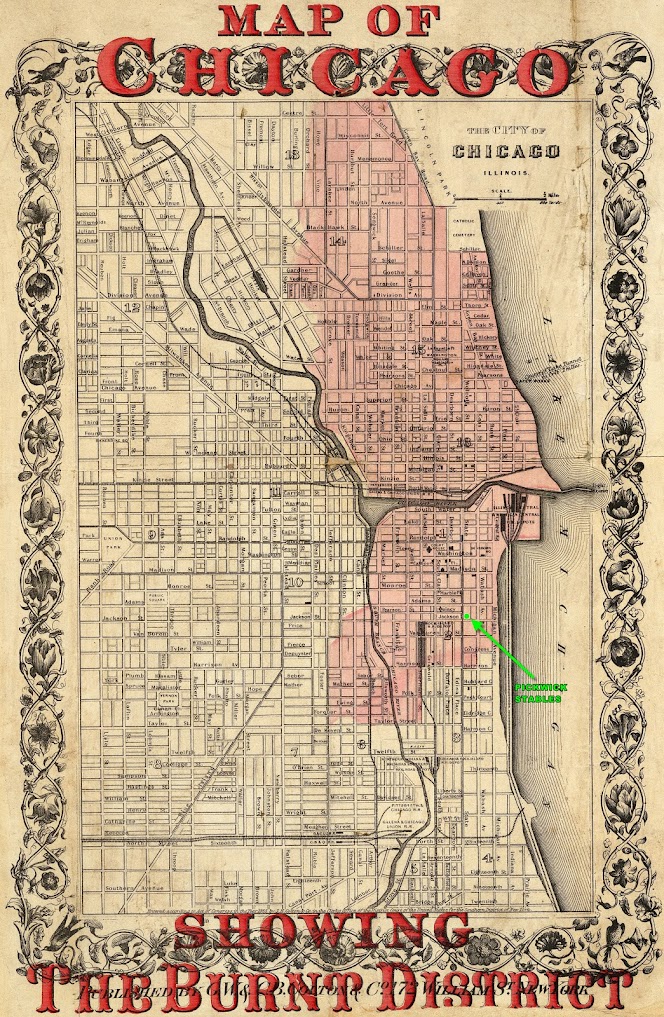 In the aftermath of the fire, new structures were erected on the lots around Pickwick Place, and, a Judge stated: “A two-story brick building was built upon the Stables in 1892. It was enlarged by the addition of a third floor — the floor where William and Fannie Abson were living when they fled from the blaze next door.
The bottom line for Fannie Abson and Hannah Horner was that the Judge ruled against them, determining that the other property-owners along Pickwick Place had the right to use the lane. So the “storm door” that limited entrance to the lane only to pedestrians was a violation of their rights. It appears that the two women appealed the judge’s decision, but there’s no indication of any further court action.
Today the building is the home of the Hero Coffee Bar. It's the smallest structure in Chicago's Loop by far, measuring, 19' wide by 19' deep and really adds to the alley’s quaint appeal. 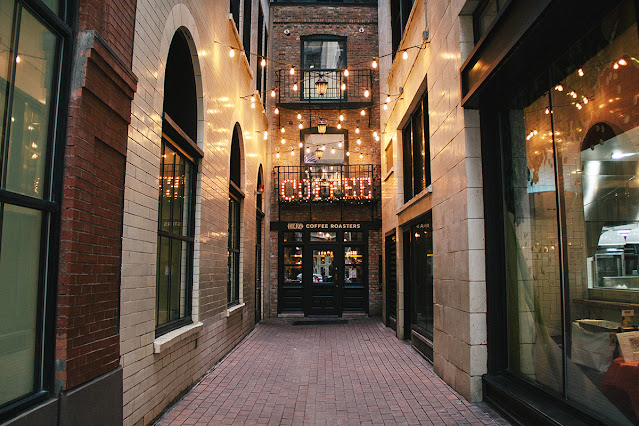 NOTE: There is a mention of Henry Limback, owner of the Citizens Brewery, located at 16 Custom House Place.

INDEX TO MY ILLINOIS AND CHICAGO FOOD & RESTAURANT ARTICLES.
Compiled by Dr. Neil Gale, Ph.D.
[1] Half-breed; a disrespectful term used to refer to the offspring of parents of different racial origins, especially the offspring of an American Indian and a white person of European descent.