Nicknames for Downtown Chicago Restaurant Areas by Types Beginning in the Gay 1890s.

Beginning at the turn of the century, restaurants group together in downtown (the Loop) Chicago. The reason is not hard to understand. Groups of the same kind of restaurants attracted flocks of lunch customers who knew they were likely to find something they wanted to eat.
Chain restaurants were becoming common and lesser-known restaurants were eager to locate near the successful eating establishments to catch their overflow. It was also used as a marketing ploy as City officials nicknamed streets of similar style restaurants as a "row" to help boost the local economy. 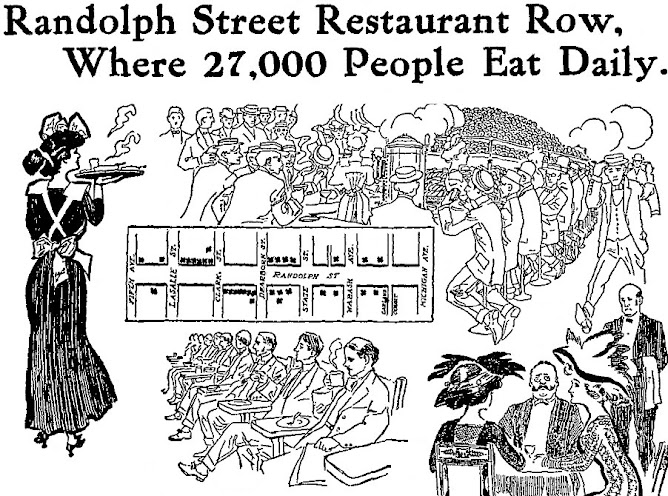 Restaurant Row: Randolph Street where there were 39 busy restaurants within a six-block stretch.

Cafeteria Row: Wabash Avenue had the largest number of self-service restaurants in the world.