The History of the Paleo-Indian, the Hopewell Culture, of the Albany Mounds, in Albany, Illinois.

One of the most important archaeological sites in Illinois, Albany Mounds, contains continuous human occupation over the last 10,000 years. The Albany Mounds date from the Middle Woodland (Hopewell) period (200 BC to 500 AD), older than either the Cahokia Mounds (700 AD to 1650 AD) or Dickson Mounds (800 AD to 1250 AD) of the Mississippian period.

The indigenous people who lived here as early as 500 BC were part of the Hopewell culture, so named because their existence was first learned of on the Hopewell farm in Ohio, where similar mounds had been built. It is not known what the people called themselves or what language they spoke.
The region around Chillicothe, Ohio, was the center of the ancient Hopewell Culture. This Paleo-Indian culture had trade routes extending to the Rocky Mountains. They built earthen mounds for ceremonial and burial purposes.
The "Hopewell culture" doesn't refer to a particular Indian tribe; instead, it’s a name for a distinctive set of artifacts, earthworks, and burial practices characteristic of sites found in Ohio, Indiana, and Illinois.

While still obtaining food largely through hunting and gathering, Woodland peoples began practicing basic horticulture of native plants. Woodland peoples are distinguished from earlier inhabitants by developing pottery and the building of raised mounds near large villages for death and burial ceremonies.

It is believed that their culture seemed to decline somewhere about 350 AD. From about 200 BC to 300 AD, the Albany Hopewell constructed over 96 burial mounds at this site. It was, and still is, one of the largest mound groups in the nation. It is the largest Hopewell culture mound group in Illinois. The Albany Hopewell built their mounds on the bluff tops above the village and on the terraces adjacent to the village. 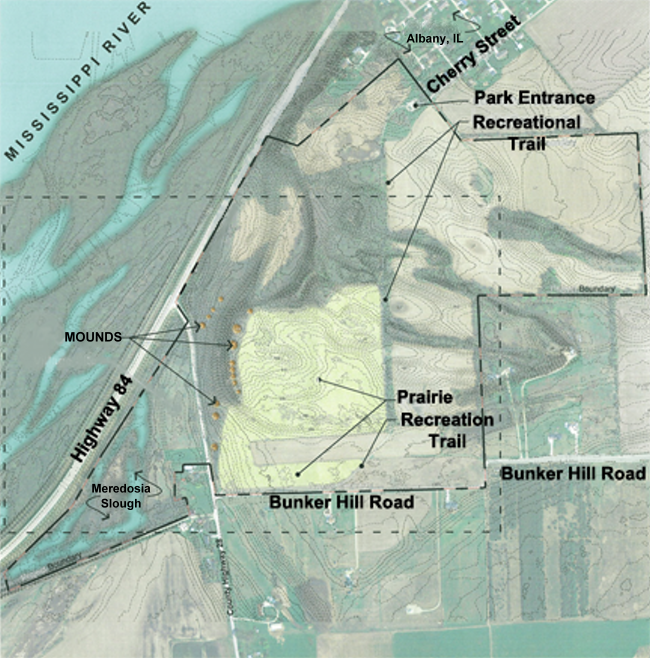 The site was well suited to the Hopewell culture, which was not an Indian tribe but rather a term referring to the period of time in Paleo-Indian history marked by trade, communication, and a sharing of ideas throughout an extensive area of the continent. They preferred to build their villages at the base of bluffs along the floodplains of major rivers, such as the Mississippi, that offered transportation. At Albany, with the adjacent Meredosia Slough, which served as flood drainage for the Mississippi and Rock Rivers, there was an abundant source of food and water. The waters, forest, and prairie provided food and fuel for the Hopewell. 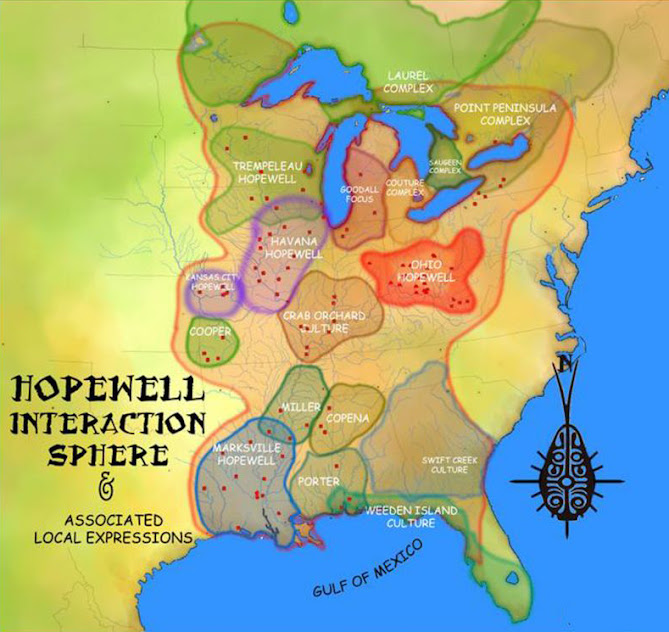 Today, about 50 mounds remain; thirty-nine of the mounds remain in good condition, while eight have been partially destroyed through erosion, excavation, or cultivation. Other mounds were totally destroyed by agricultural activities, railroad, and highway construction, site looter. Still, others were destroyed in the process of being scientifically excavated in the early 1900s by the Davenport Academy of Natural Sciences. 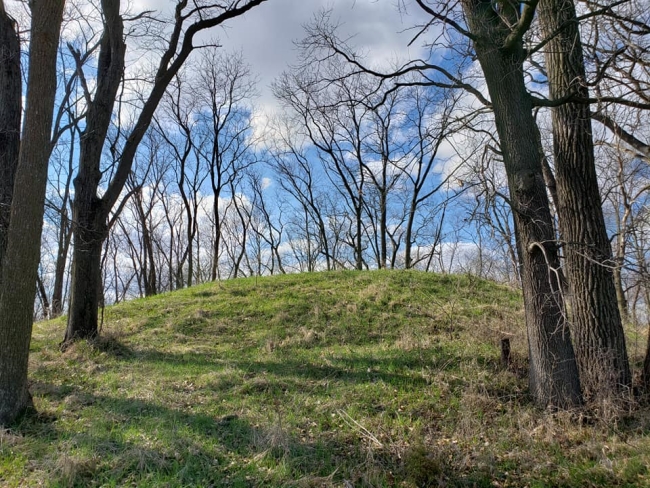 Burial artifacts include non-local materials indicating the existence of trading networks with Indians from other areas. The site of the nearby village remains privately owned. The mounds were placed on the National Register of Historic Places in 1974. 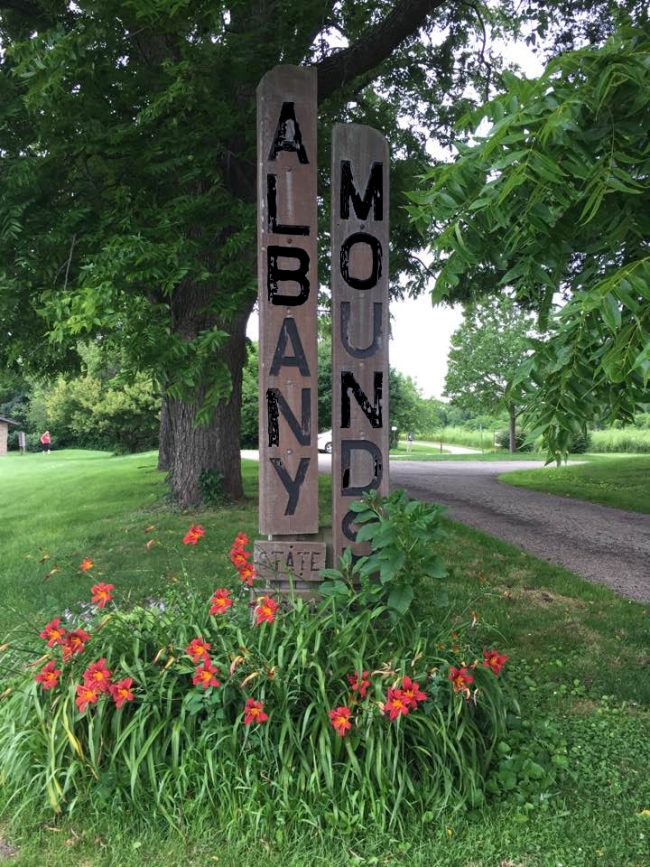