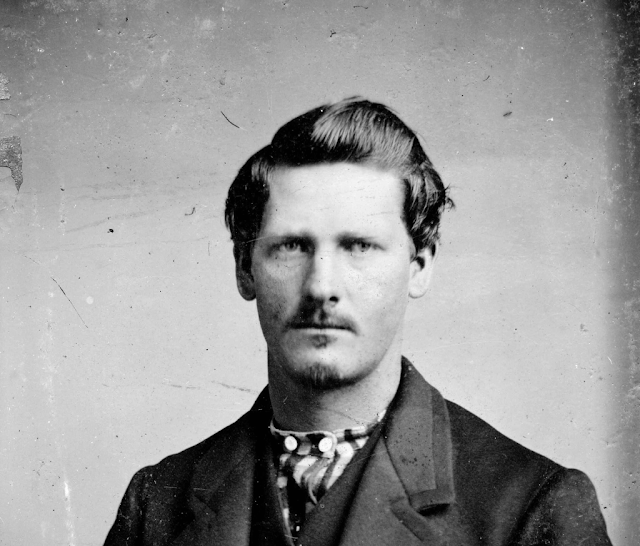 In 1849 or early 1850, Nicholas Earp joined about one hundred others for a trip to California, where he looked for good farm land, not gold. When their daughter Martha became ill and later died, (reports claim he never reached California, but found the land in Iowa suitable to his needs.) the family stopped and settled in Pella, Iowa. Their new farm consisted of 160 acres, 7 miles northeast of Pella, Iowa.

In 1864 he moved with his parents to California. After working as a stagecoach driver and buffalo hunter, he served as deputy marshal in Wichita, Kansas and Dodge City, Kansas, where he became friends with Bat Masterson and Doc Holliday, and established his reputation as a lawman and gambler. His first wife died and a second marriage didn't last. 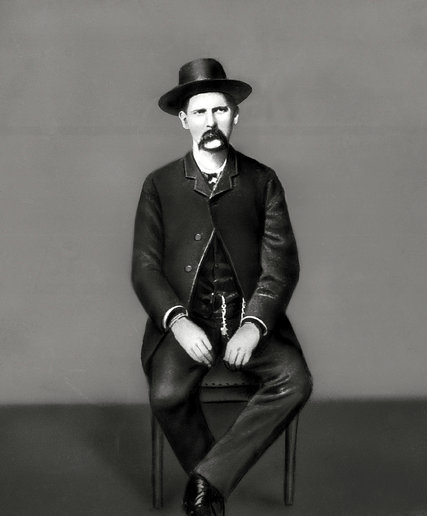 In Tombstone, Arizona, Earp acquired the gambling concession at the Oriental Saloon and met his third wife Josie. In 1881, a feud with the Clanton gang ended with the famous Gunfight at the OK Corral. Three of the Clanton gang were killed. The three Earp brothers, Virgil, Wyatt and Morgan, survived, along with Doc Holliday.

Wyatt and Josie Earp moved often. Between 1885 and 1887, they arrived in booming San Diego, where Wyatt gambled and invested heavily in real estate and saloons in the Stingaree district, now the Gas-lamp Quarter. They lived here on and off for several years. Earp owned or leased four saloons and gambling halls in San Diego. The most famous was the Oyster Bar located in the Louis Bank Building at 837 5th Avenue. He refereed at local prize fights. During the heyday of San Diego's boom, Earp won a trotting horse named Otto Rex. He and Josie began to travel the racehorse circuit. They left San Diego in the early 1890s.

In 1897 Wyatt and Josie operated a saloon in Nome, Alaska, during the height of the Alaska Gold Rush. In 1901 they moved on to a gold strike in Tonopah, Nevada, where saloon, gambling and mining interests again proved profitable.

Wyatt Earp spent his final years working mining claims in the Mojave Desert. He and Josie summered in Los Angeles, where they befriended early Hollywood actors and lived off real estate and mining investments. He died in Los Angeles at the age of 80 on January 13, 1929.