The John Wingert House is a nineteenth-century farmhouse located at 6231 North Canfield Avenue just south of Devon Avenue in the Norwood Park neighborhood of Chicago, Illinois.

Norwood Park began as a settlement known as 'Canfield,' It is one of the farthest communities from downtown Chicago, bordering the city limits, O’Hare Airport, and suburbs of Harwood Heights and Norridge. Norwood Park is considered one of the city’s oldest areas. 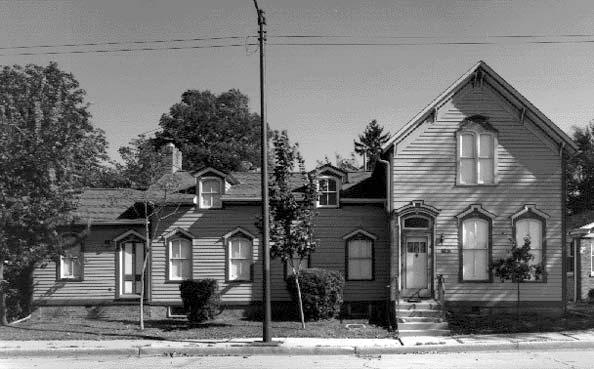 John Wingert was a German immigrant who had fled his home to escape religious persecution. The Wingert House is one of the oldest surviving farmhouses within Chicago's city limits. The house was built in 1854, with a first addition added in 1865.
The two-story Italianate style addition was added sometime between 1868 and 1875. The Wingert House is one of the few extant buildings in Chicago that predate the Great Chicago Fire of 1871.
Throughout the late 20th Century, the house fell into a state of disrepair and neglect.
As described by architecture critic Blair Kamin in a Chicago Tribune article, things came to a head in 1990 ultimately, and the situation had deteriorated so greatly that the house was threatened with demolition, but was fortunately given a reprieve by the Landmarks Commission.

The building received Chicago Landmark status on July 31, 1990.
The Wingert House caught fire on March 10, 2021. There was some damage to the rear, but the window frames and roofline were basically intact. 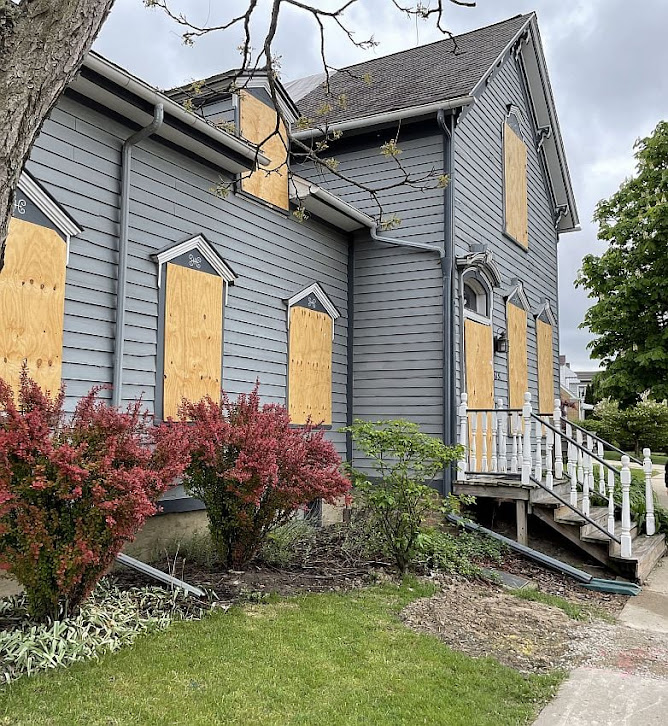